adidas unveils brazuca, the official ball of the 2014 World Cup

It took more than three years of testing, some of which was in plain sight, for adidas to create and unveil the successor to the Jabulani. brazuca, the new World Cup ball, has been officially revealed and is ready to take the stage.

Share All sharing options for: adidas unveils brazuca, the official ball of the 2014 World Cup

The pieces for the 2014 World Cup are falling into place slowly but (in most cases) surely. We have already seen (some) stadiums, a number of kits, and even some boots be revealed little by little, but now one of the most important (and most protected) components of the tournament has been unveiled.

In an event at Parque Lage in Rio, adidas has launched brazuca, the official ball for the 2014 World Cup. The name was selected in a public vote last year and it means "Brazilian," as in a way of describing the Brazilian way of life and doing things.

In keeping with a tradition of innovation and change, brazuca is a far departure from the 2010 Jabulani and its successor, the Tango 12. The former had a major perception problem at the World Cup.

"It's rubbish. It's just not a very good football. But everyone's gotta play with the same ball and those who can manipulate it the best have an advantage."

That is what then-backup England goalkeeper, David James, said about the adidas Jabulani after his country's 1-1 draw with the United States in their 2010 World Cup opener.

Jabulani, the official ball of the tournament, had plenty of professional detractors due to the way it moved in the air. It was the roundest ball ever with just eight 3D-molded, thermally bonded panels comprising it and a textured surface topping it to help improve the ball's flight. The Tango 12 improved on that with reworked panels, a new texture and much more. brazuca is set to take that even further. 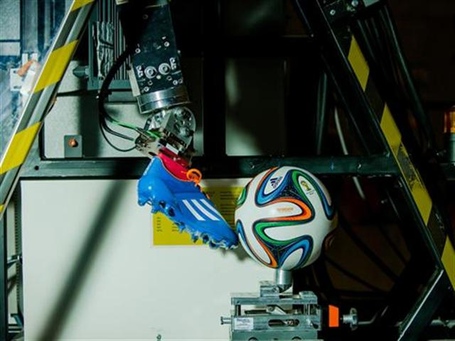 The new ball has been in development for more than three years and in testing for two-and-a-half of those years. As a result, the ball improves on the performance of its predecessors while falling within FIFA's strict guidelines. brazuca combines the technology that we've seen in the sensational Champions League balls as well as the great stuff that the Tango 12 brought to the mix to create new panel textures and, more importantly, a new panel shape.

Gone are the rounded triangles and soft curves that we've seen in the Teamgeist, Europass, Jabulani, and Tango 12 balls and in comes an entirely new shape. brazuca is comprised of just six propeller-shaped, thermally bonded panels with a brand new texture on top of it. The new panels emulate the way that air would move around a traditional 32-panel ball, hopefully recreating the movement that most players are used to. brazuca's six panels are symmetrical and interlocking. According to Antonio Zea, Innovation Director for Football at adidas, the design allows for "better aerodynamics and more stable flight."

Speaking about the ball in the company's official release, Enesto Bruce, the Director of Soccer for adidas America, added:

"The FIFA World Cup match ball is the icon of the tournament as the centerpiece of every goal, every play and every touch. adidas has a rich legacy at the World Cup, providing the official match ball for every tournament since 1970. The brazuca is a breakthrough innovation built for every player on the field."

adidas did a lot of work to ensure this including field testing in training and in-game situations with 26 different teams like AC Milan, Real Madrid,  Bayern Munich, Argentina, and Russia and some 600 different players including Lionel Messi, Bastian Schweinsteiger, and many, many more. In addition to doing the traditional play-testing, adidas also wanted to make sure that the players perceived the ball wall. 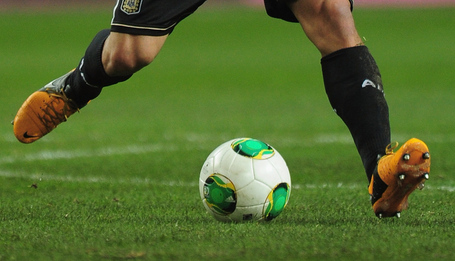 Working some 280 footballers, about 1/3 of whom were not adidas-sponsored athletes, adidas conducted perception interviews to understand players' opinions. The ball was also tested in plain sight, appearing in the Under-20 World Cup and full-fledged international friendlies including a match between Sweden and Argentina with Lionel Messi and Zlatan Ibrahimovic participating with Brazuca wearing the current Cafusa design.

The stars have had their say on the ball as well, with Iker Casillas singing its praises:

"Now that the ball has been launched the tournament feels a lot closer. I'm looking forward to playing in Brazil with a great ball. Hopefully with brazuca we can get the same result as in 2010."

"My first impression of brazuca is of a ball that is fantastic and we're going to have a lot of fun with it. adidas has created an incredible-looking ball fitting for a tournament as big as the FIFA World Cup. Most importantly it plays well on the ground and in the air. I'm sure all the players will love it. It's increased my levels of excitement even further and I honestly cannot wait for the opening game."

As part of the launch celebration, adidas is taking the proverb that Brazilians are born with a soccer ball at their feet to heart. They have set up 12 popup nurseries in the World Cup host cities and all babies born in Brazil on Dec. 3, the date of the ball's launch, are entitled to receive one of the tournament's symbols for free. All parents have to do is present the child's birth certificate.

brazuca brings a lot of promise for adidas and the 2014 World Cup. The sportswear giant did not take its design and development lightly, and the ball looks like an absolute treat. We'll have a hands-on and full review with brazuca shortly, but expect to see it on the field very, very soon.