The World Cup is just six months away, but many preparations are behind schedule, and some of the new infrastructure improvements that were promised to the people of Brazil may never come.

Share All sharing options for: Brazil running out of time to get things done for World Cup 2014

The clock is ticking. With less than 200 days left until the World Cup, Brazil is rushing to get everything ready for the tournament, and many of the preparations won't be finished on time.

Last June, Brazil welcomed eight teams to the country for the Confederations Cup, which serves as a dress rehearsal for the big show the following year. Six years after FIFA announced that they would host the competition for the second time, Brazilian soccer fans and media were hoping that the excitement of some of the world's best players would eclipse the disappointment of another failure by the Brazilian government to properly organize a major sporting competition.

Protests erupted all over the country as the competition drew to a close, making news all over the world. In the vicinity of Brazil's new stadiums, upon which billions in public money was spent, it was even worse. Now the World Cup is around the corner, and protesters will surely take to the streets once again.

The new stadiums will be packed, and 200 million Brazilians will be rooting for Neymar to bring his country another title, but few will allow the atmosphere around the tournament overshadow their disappointment in the government for another series of broken promises.

Better airports and solutions for the traffic problems that plague the country's urban areas were cited as improvements that would serve people long after the World Cup was over. But those projects are currently far from complete, and most Brazilians believe that they'll never be finished.

In Rio de Janeiro, neither airport has seen much in the way of changes. New (and tiny) parking lots have been in the works for over a year, but their completion date remains a mystery. The air conditioning malfunctions regularly and it's not uncommon to see escalators that are broken for months. 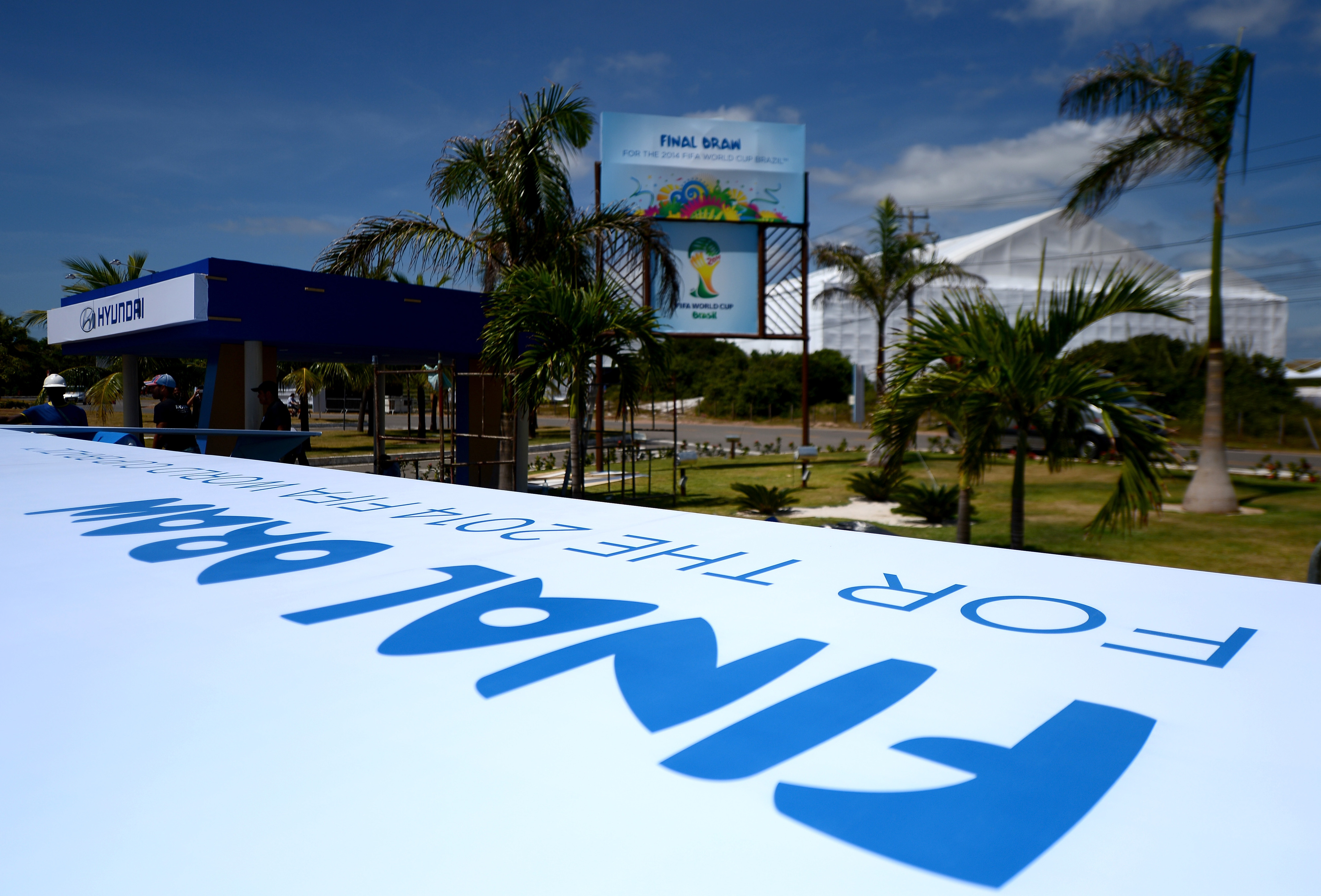 SB Nation will have every angle of the World Cup draw covered, right here.

After scoring 1,000 goals as a player, Romario hung up his boots. He now serves as a congressman in Brasilia. The election of celebrities and former athletes to political office is common in Brazil, but even though they keep getting elected, it seems that most people don't really expect much from them during their four years in power.

Romario is different from the others.

The Brazilian soccer legend has taken the lead in the quest to make the World Cup fair and productive for the people. Unfortunately, things have gone exactly as he expected; almost nothing positive has happened.

"The lack of planning from some officials has caused work on stadiums, airports and urban transportation infrastructure for the World Cup to be late," Romario told SB Nation. "Because of that, the Brazilians are paying a large bill, either in the real cost or the inconvenience faced today in major cities and airports where work is still in progress."

"To make it worse, many changes in infrastructure won't even be attempted anymore, simply because they wouldn't be ready in time for the World Cup. So, I think the organization was worse than expected."

Many of Brazil's stadiums are much more comfortable than they were a couple of years ago. They're certainly better places to watch a game now. But before declaring that aspect of preparation a success, one has to look at the cost.

Brazil's World Cup is the most expensive in history. A year ago, the government expected to invest 25 billion reais (around $12 billion) in the country­­ in stadiums and other infrastructure­­ for the event. That initial estimate was extravagant, considering that Germany and South Africa spent less than that combined to put on the last two editions of the tournament. Last November, however, the Brazilian government announced that their budget increased to 33 billion reais ­­ more than the cost of the last three World Cups combined.

Bebeto, a member of the Local Organization Committee (LOC) who played with Romario at the World Cup in the United States in 1994, recognizes that the World Cup was more expensive than they expected.

"I have to question how the government spent the money," Bebeto recently said during a press conference in Rio de Janeiro. "We missed deadlines, had to hire more people and ended up spending more [than expected]. That must have been one of the reasons [for the budget increases]. But I think we have to ask ourselves why this amount was spent."

Even though they're critical of what they perceive to be overspending, the LOC still estimates that Brazil will profit from the event. According to a study presented by the LOC to the media, the World Cup will generate more than $50 billion for the Brazilian economy.

"About the high costs and waste of public money, we have a competent body to oversee this," Bebeto said. "But that's not a reason why I should close my eyes if I see something wrong. I'm not dumb and pretending not to know what is happening or pretending not to see it."

Romario, who predicted that public money would be spent recklessly, criticized the LOC and the government.

"I find it absurd, mainly because most of [these bills] are paid with public money," Romario said. "In addition to construction delays, FIFA's requirements were excessive."

Romario expects preparation to be completed the infamous "Brazilian way," with workarounds that cover up flaws, and offered harsh criticism for FIFA president Joseph Blatter and secretary general Jérôme Valcke.

"We will have many improvisations for sure, I have no doubt about that," he said. "The famous ‘Brazilian Way' will be implemented. In the Confederations Cup, Mane Garrincha stadium [in Brasilia] had no seats in lots of areas, for example."

"[Blatter and Valcke are] two corrupt men that only care about lining their own pockets," Romario continued. "They are two bureaucrats who contribute nothing to soccer."

Demian Castro is a leader of the Rio Popular Committee for the World Cup and Olympic Games, a watchdog group that is keeping an eye on preparations for both events. "The World Cup and the Olympic Games are not what [the government] have promised," Castro told SB Nation. "Increasingly, reading about it in the media and on social media, people saw their rights being violated and took to the streets to protest." 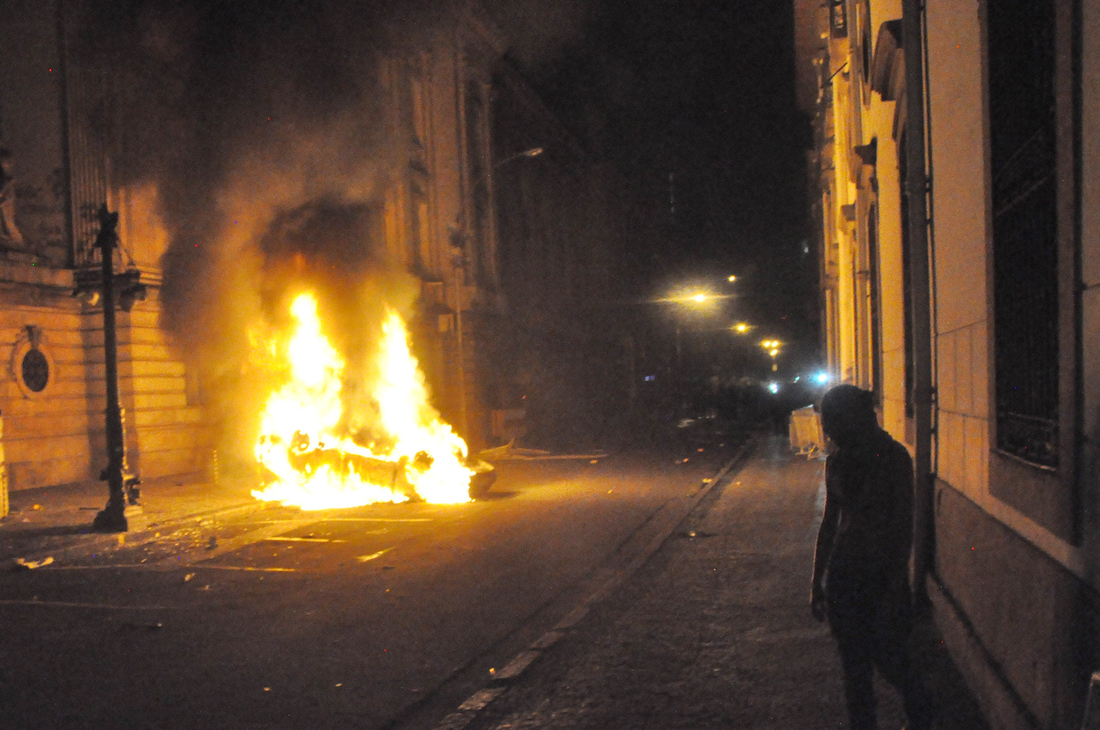 "The World Cup has caused people to get upset about the vast amount of money being spent and wasted on stadiums in Manaus and Brasilia, Cuiaba and Natal, where there is no soccer tradition whatsoever. Or in Pernambuco, where the big teams already have their own stadiums, or even rebuilding the Maracana, which has already had three renovations in a short period of time. Other things like hospitals and schools, for example, haven't received the same funding. If the government's stance doesn't change, we can expect an even larger mobilization from the people."

The protests began  when the government announced a 5 cent increase in bus fare, a measure seen as outrageous when billions were being spent on soccer stadiums. Adding insult to injury, Ronaldo, who now works at the LOC alongside Bebeto, retorted in a news conference that the country wouldn't be able to put on a World Cup by building hospitals.

"I find it ignorant to not know what has happened to our country [during preparations for] the World Cup," Romario said about Ronaldo's remarks. "Arguments in favor of the World Cup, with no criticism, can only be due to ignorance."

"Everyone has the right to have their opinion and say whatever they want, and I respect that," Bebeto fired back. "I have full knowledge of the shortcomings of our state of Rio de Janeiro and our country. And that is not nothing new. For years, our health care has been precarious, we have problems in education and public transportation services are inadequate. I don't agree with the waste of public money [on the World Cup]. It's our money invested in the World Cup. And I'm watching, aware and demanding answers."

According to the Rio Popular Committee, protests will be even stronger next year, and the government can expect vandalization of public buildings and banks once again. The specter of violence is also looming large.

"Generally speaking, most violence has been practiced by the state," Demian Castro said in defense of the protests. "The destruction of the Maracana, the lack of schools and hospitals, or even physical violence from the police. It's not justified in a democratic state.

"It's more like a reaction than an action. The vandalization happens with symbols of capitalism, such as banks, or symbols of the government. There's a public library in front of the congress and we don't even touch it. Of course in the middle of it you have people who take advantage of it to loot, but we see this as a reaction to police brutality." 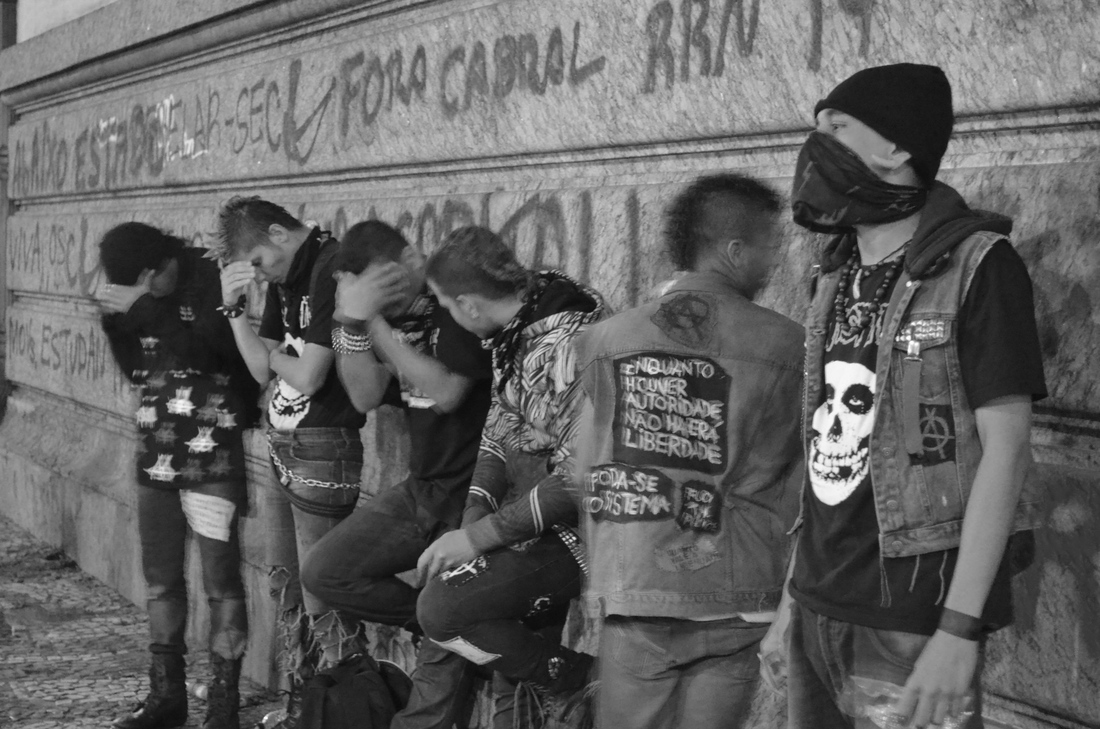 Romario and Bebeto, ex-­teammates on the soccer field who now work in opposite fronts, only agree on the need for peaceful protests in June.

"I imagine that police are being advised to carefully plan every action," Romario said. "It's very likely that protests will happen, people have enormous capacity to organize them with the Internet. Millions can go to the streets. I just hope that all protests occur in peace."

"I'm all for these beautiful protests towards a better life for all of us if they are peaceful," Bebeto agreed. "We know that there is much to do here and much to grow in this country."