Two down, one to go. You're next, Germany.

You're wrong if you think the United States men's national soccer team got "screwed." "Screwed" implies someone taking your job after some country club negotiations and white-collar chicanery. "Screwed" is you, staring at a hospital bill you and your descendants won't be able to pay. "Screwed" is for schnooks, losers, and bumpkins outflanked by the cruel, plotting hands of The Man living high in his mansion on the hill.

No, United States soccer fans, you did not get "screwed." You got a beautiful goddamned gift in getting utterly and completely f----d by FIFA. This is always act one of the movie. This is you failing at the dance-off and getting served. This is Brad Wesley bulldozing the one man in town who stood up to him. This is the owner turning off the cold water, putting you on buses, and daring you to win the league before she closes shop and takes the whole operation to Miami. You just lost your first street race, but you'll be damned if you aren't gonna live your life a quarter mile at a time.

Oh you have been given a gift: a spot at the bottom of a pit with Ghana, Germany, and Portugal standing right on your back to start the fight. Sepp Blatter stands at the lip of the pit, laughing at you and drinking a Coca-Cola laced with human growth hormone and whatever else keeps his evil, grinning corpse clinging to life. You have been given the sweetest of motivations: revenge against the shadowy, foreign-ish illuminati who pull the strings of existence with malevolent intent.

You'll have to take them on one by one.

Germany? Jurgen Klinsmann molded them. He knows their cheat codes, and has married this U.S. team's ability to produce mediocre rap albums with the precision of a German machine. He's our daywalker, a soccer Blade who knows how these sunless vampires work from the inside-out. You might think I'm saying that German soccer players are machines, and that Klinsmann will infect them with a computer virus disabling their ability to attack us?

It worked in Independence Day. You're not laughing anymore. You're believing, and that's the first step.

Ghana? Sure, they've beaten us two World Cups in a row, but defeat's never meant yielding the fight for Americans, a people locked in fierce contest with all of the following indomitable opponents:

Opener a must-win for US

With European giants looming in Group G, nothing but all three points will do for the United States and Ghana.

We as a nation are winless against all of these -- AND YET WE FIGHT. Because we must. We fight because AMERICA. We probably won't beat Ghana because that's not something we seem to do, but whatever. You're our "spouse-fight over whether you put peanut butter in the fridge or not," Ghana, and like so many other battles we'll keep up the argument no matter how doomed it might be.

Portugal's easy. They are beautiful, talented, and as fragile as elderly herons in a stiff breeze when adversity strikes. Oooooooh, but Ronaldo is so impossibly beautiful. Our forefathers were ugly bastards with wooden teeth, syphilis, and smallpox scars, and our current national hero is Dwayne 'The Rock' Johnson. Dwayne 'The Rock' Johnson is not pretty: he is ruggedly handsome, he tried to save the world from the earnest tyranny of John Cena and he ruled Egypt as the Scorpion King.

This war's over before it even started, Portugal. Call him anything but "Dwayne 'The Rock' Johnson" and we'll alter the terms of your premature surrender to the harshest degree imaginable. Now go cry into pillows made of your chief export, cork, you beautiful, frangible Iberians.

You shouldn't even be allowed to complain about travel, America. Yes, you have to go to Manaus, the swampy capital of Brazil's hellishly hot Amazonian jungle territory. But you're from America, where we have a whole state of Amazonian swampland filled with danger. It's called Florida, and it's where we send our old people, vacationing children, and charismatic felons. Manaus is just Orlando with a port, attractive people and health care. Our people fly thousands of miles a day just to smell its well-vacuumed hotels. Fear nothing about it, since it's practically home already, and getting there involves one of the things we do best: sitting.

You need to do what great Americans have done for years, USMNT: resort to brazen theft. You need to steal this World Cup. You see that man in the Ronaldo jersey shining? Get him off those goddamn diamonds. You don't like Germany? Take their rings off, then. We don't complain about our literal lot in this World Cup life, America. We ante the f--- up until we're selling Sepp Blatter's minks on eBay and maxing out his credit cards on room service champagne.

You're right where all heroes start: hopeless, f----d, and with no choice but to turn the hell up. SO TURN UP, USMNT. 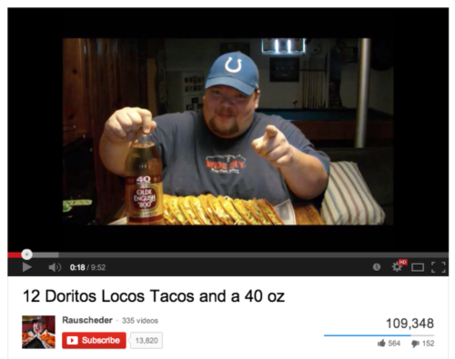