Napoli vs Catania, Preview: The elefanti pack their trunks for Naples

Both Napoli and Catania are enjoying successful seasons and good form, and meet at the San Paolo on Saturday night. A win for Napoli and they'd draw level with Juventus at the top. One for Catania, and they'd be in a European spot.

Share All sharing options for: Napoli vs Catania, Preview: The elefanti pack their trunks for Naples

It has been a case of no Montella, no cry for Catania, with his successor Rolando Maran adhering to the adage of not fixing what ain't broken. The elefanti are currently level with their all-time highest Serie A finish of eighth, and have seen off both Roma and Fiorentina in their three game winning streak. The Sicilians are daring to dream of continental football.

Napoli are also dreaming, though they're hoping for the Scudetto rather than European qualification. With Juventus stuttering they've given themselves as good a chance as anyone to snatch the crown, and with four wins in their last five, Walter Mazzarri's men will be looking to avoid their usual capitulation.

The last couple of meetings between these sides has ended in stalemate, with Catania not winning at the Stadio San Paolo since a 3-2 win in May 2004 in Serie B. At the end of that very season, Catania cruised in to a mid-table finish, while Napoli were relegated to the third tier after bankruptcy. How times change.

Moving on to this game; reports in Italy suggest that Catania's tricky left winger Alejandro Gómez is terrifying the Napoli coach so much, he will switch to a 4-3-1-2 for this game, with Camilo Zúñiga at right-back and Giandomenico Mesto in midfield, set to form a tag-team against the little Argentine. Gokhan Inler could drop to the bench, while Pablo Armero looks set to be handed his first start at left-back.

This switch is also the result of something of a central-defensive crisis for the Neapolitans, who have Hugo Campagnaro and Miguel Britos out with one game suspensions. Fortunately, there's no-one on the injury table.

As for the rossoblu, there is little to no chance of Maran deviating from his 4-3-3, while they too have a few players absent. Defender Pablo Álvarez is suspended, as is young midfielder Lucas Castro. Fabio Sciacca is out with injury. With the partenopei weakened defensively, the elefanti may just fancy their chances of an upset on Saturday evening. 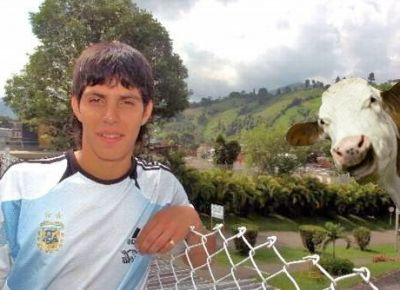 Serie A, Week 23: Juventus hold on against Chievo