USA vs. Belize: Final score 6-1; Put back a six-pack for America

Share All sharing options for: USA vs. Belize: Final score 6-1; Put back a six-pack for America

One, two, three, four, five, six. The goals kept coming for the United States and there was nothing Belize could do about it. Chris Wondolowski notched a first half hat trick and Landon Donovan scored a goal to go along with two assists as the the U.S. crushed Belize 6-1 to start their Gold Cup off as planned. 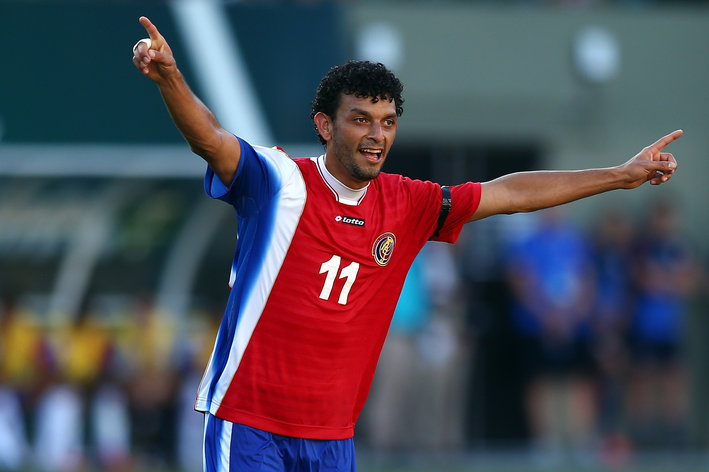 Costa Rica sits alongside the U.S. atop Group C after their win

Wondolowski took the field with "Wondowlowski" on the back of his shirt and gave the kit man plenty of opportunities to wallow in his mistakes as he put three goals past Belize before the break to highlight the misspelling for all the world to see. His first goal came after just 12 minutes, with goals in the 37th and 41st minutes to follow. None of the goals were especially mind-blowing, but they were an exhibition in the striker's ability to find holes in defenses and make smart runs as he scored three from in close.

Belize did have one highlight as they scored in the 40th minute. Ian Gaynair managed to find himself completely unmarked on a free kick and nodded home with ease.

The second half was more of the same for the U.S. They possessed the ball with ease and were never under duress. They weren't at their best, appropriately looking the part of a bored and unchallenged team, but when the opportunity to presented itself they still punished Belize.

Stuart Holden scored his first international goal in four years as he continued his comeback from several knee injuries just before the hour mark. Joe Corona's cross from the right found Donovan at the back post, who nodded the ball down for an onrushing Holden to finish.

Michael Orozco got in on the action with a goal of his own as he made his return to the national team, and Donovan got on the scoreboard himself when he buried a spot kick after a harsh penalty call against poor Belize. It all proved to be a walk in the park for the U.S., as was expected, but Belize stated before the tournament that one of their goals was to score a goal. Mission accomplished, for Belize and the U.S.

• Fiorentina ready to challenge for the Scudetto

• Sympathy for the Pulis