On Sunday night in Seattle two soccer teams and 67,385 fans showed us the heights the sport can reach in the United States. They've also given us the blueprint of how to make it a regular event in MLS, if we can just be patient.

Share All sharing options for: Seattle and Portland show blueprint for supersized MLS

At some point in the next few days I will catch up on the lost sleep from walking out of CenturyLink Field at 11:30pm Pacific Time and heading straight to Sea-Tac, where I boarded my flight six hours later to fly home to Texas.

At some point my ears will also stop ringing. 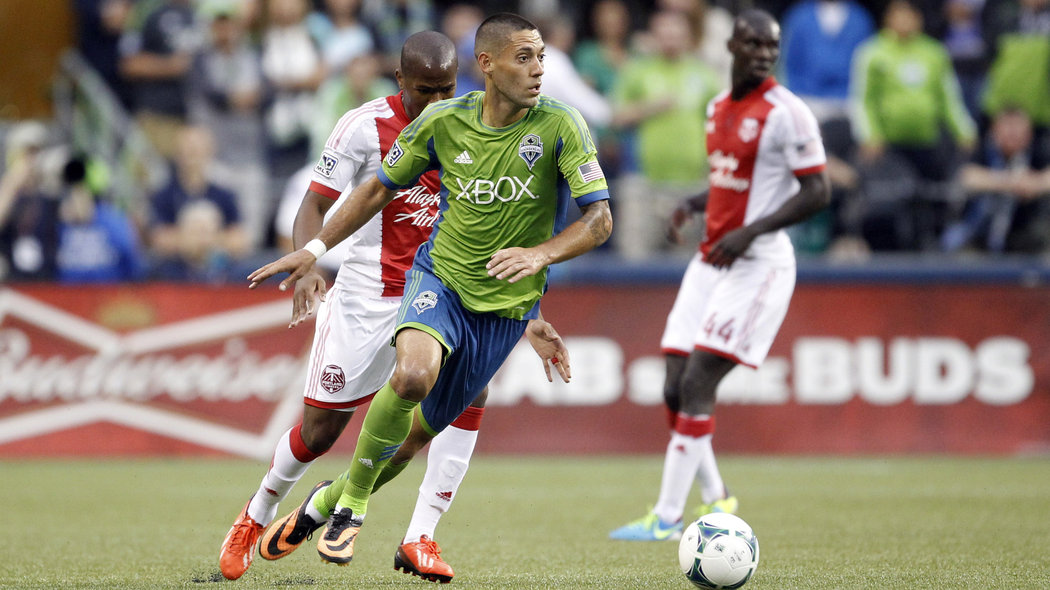 Dempsey played, Johnson scored and Seattle got the best of Portland in front of 67,000

What will not fade are the memories of a Sunday night in late August, when I witnessed 67,385 people fill a stadium in downtown Seattle to near capacity to watch two American soccer teams play a regular season match. There were no trophies on the line -- though the result will ultimately count towards determining the winner of the Cascadia Cup, a supporter-created trophy -- and neither team's playoff fate weighed in the balance.

Yes, it was a regular season game that mattered in the playoff race and the table, but there was no other dessing on the event to add a little extra oomph to the moment.

American sports fans are used to this kind of spectacle, it's not a foreign idea for tens of thousands of people to pack a stadium in this country, but not so much for a soccer match. From Iron Bowls to NFL games, the sight on a packed stadium isn't really that big of a deal in the greater sports lexicon.

For the sport of soccer, and especially MLS, the sight of a packed stadium the size of CenturyLink Field is a very big deal.

Don't listen to the trolling and rabble rousing from fans of other teams on social media trying to discount the magnitude of the event. It's somewhere between misguided angst and jealousy, but, sadly, it's expected. Nothing defines a small, but loud subsection of MLS fans like trying to minimize the impact of major events if the storyline or participants aren't the ones they'd like.

For a league that has fought and clawed its way to stability and a growing relevancy on the sporting landscape, MLS needs events like Sunday's match between the Seattle Sounders and the Portland Timbers.

It needs the videos and images ricocheting around social media of a truly massive "March to the Match" led by the Emerald City Supporters. It needs highlight packages on sports news shows of a nearly packed stadium going absolutely bonkers when Eddie Johnson scored in the  60th minute with a glancing header off a Mauro Rosales free kick.

It needs all that, and more, because it's a showcase moment. It's a win for everyone involved and it's a shining example of what the sport of soccer and MLS can accomplish.

The road to packing stadiums in every MLS city not an easy one. In fact, it may be something many of us don't get the chance to see until we're very old, but it's possible. The passionate fervor shown by Seattle and Portland fans alike will be difficult to match, at least in terms of scale, by other fan bases across the league, but it's possible.

If you stop to consider the history between the two cities and clubs -- a simmering pot of soccer stew that's been nurtured and seasoned by fans and players since the teams first met on May 2nd, 1975 -- you should quickly realize why these two teams are at this point.

They're ahead of the rest of the league, not because fans of other teams aren't great or that there aren't good rivalries other than Cascadia. They're ahead because they have 38 years of history, stretched across four different leagues. That's the secret, even though it's not actually a secret. Like many things in life, a rivalry takes time to grow and develop into a true sporting event.

Those games -- and all the other games like them -- are special because of time and historical significance.

What Portland and Seattle have is special, but it's attainable by other rivalries across MLS. It's not about cheesy trophies created by the league, it's not about catchy names to call the rivalries. It's just about time and history.

Like a good pot of chili, you can't rush a good rivalry.

Cascadia has shown us the heights MLS can attain. Time will tell whether or not the rest of the league can match them.

• United-Chelsea will teach us nothing

• Moyes and the importance of power

• Bruno Labbadia out as Stuttgart coach