The USMNT sucked against Ireland. It doesn't matter.

Losing a November friendly with a B-team is not a big deal.

Share All sharing options for: The USMNT sucked against Ireland. It doesn't matter.

The United States lost. They lost badly. They got their asses kicked.

And it doesn't matter.

3 things we learned from the USMNT loss

The United States B team looked a lot like a B team.

Mix Diskerud got rid of his mustache after a poor performance against Colombia. And without the added weight of the mustache, he was able to pick up karate skills.

The Americans had a friendly. Check.

The Americans were in Dublin. Check.

The Americans had a squad that could best be called a poorly constructed B-minus team. Check.

It was a perfect storm for a terrible match, and the U.S. delivered. It was also a match that didn't matter.

The U.S. didn't play well against Austria or Switzerland in November of last year and they rebounded just fine. They had stronger teams for those matches, too. And that's probably pretty important to note because the U.S. went to Dublin asking to get smacked around with the team they had.

Of their forwards, only one is playing regularly for his club, and that's World Cup goat Chris Wondolowski. There were no other retreads in the team, as Klinsmann called in a bunch of kids like Rubio Rubin, Miguel Ibarra, Bobby Wood and Jordan Morris, but none of them are established professionals in a first division. There were only five midfielders, so even when Alfredo Morales and Mix Diskerud struggled, who was Klinsmann supposed to turn to? And in defense, Geoff Cameron was the only right-footed centerback, while Greg Garza was the only left-footed left back.

This roster didn't make any sense from a team standpoint. They weren't going to come together and put together a great performance, but it's not like Klinsmann has a slew of other options either. Many of the players who could have changed things were with their MLS teams getting ready for the conference finals or injured. There may have been a couple other veterans to change things, but it's not like Klinsmann doesn't know what the likes of Graham Zusi, Michael Parkhurst and Eddie Johnson bring to the team. 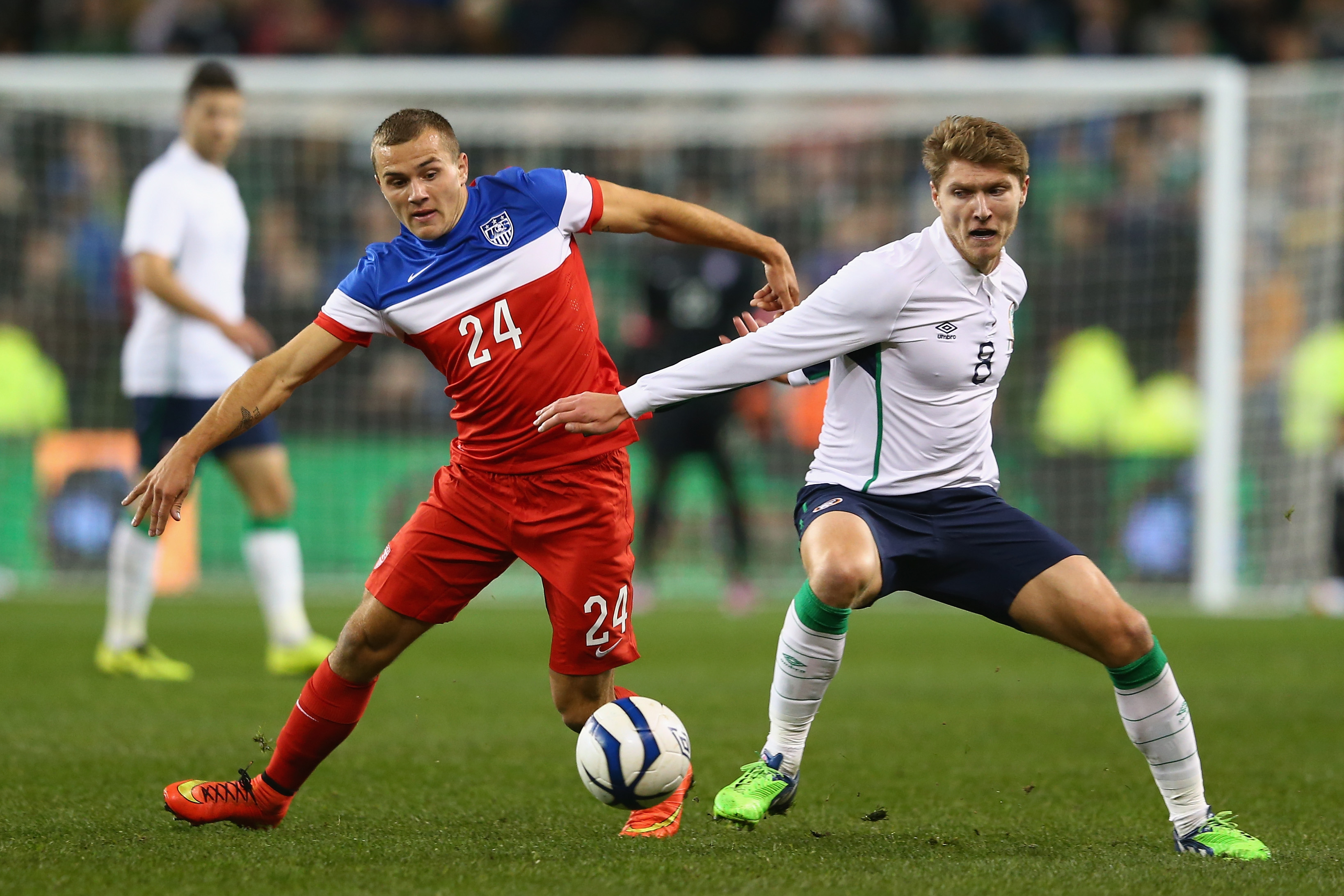 The best way Klinsmann could have changed the composition of the team was to bring in a bunch of promising MLS kids, most of whom have no caps. If that's your solution, you're fucked.

Simply put, the friendly was a throwaway from a team standpoint. The best the U.S. could have hoped for was to provide a platform for a few individuals to shine or stumble. It certainly did that.

Morales' international future is in doubt, and it's becoming increasingly tough to make a case for Mix to grow into a starter. Bedoya turned in another solid performance and Wood showed he has promise, but also just how far he has to go.

Do those tidbits of knowledge erase a two-hour evisceration? Do they make any viewer feel better about the team? Hell no, and they shouldn't, but they're about as much as the U.S. was going to get out of this friendly.

There are a lot of reasons to be concerned about the U.S. under Klinsmann. There haven't been clear signs of an upgrade in talent, the team isn't playing with much possession and the manager's tactical acumen can be questioned. It's also more than fair to question whether Klinsmann can avoid the same fate of his predecessor, Bob Bradley, who couldn't keep the team on an upward trajectory in his second World Cup cycle.

But for all of those questions, are any of them new? They're the same questions we had in July. And August. And September. And October. And Monday.

The U.S. is not ready to challenge for the Gold Cup, much less the World Cup. They also aren't screwed. They're in the middle of a process, so don't let anyone blow smoke up your ass or hit you over the head with the doom stick in the meantime.

Getting your ass kicked sucks, and the Americans got their asses kicked, but the U.S. is not damned. They're eight months from the Gold Cup, 19 months from Copa America and 27 from the Hex. They sent a crappy team to Ireland to get beat up by another crappy team. So what?