MLS expansion to Atlanta would be a mistake

While the city has a willing ownership group and a stadium that seems passable, there's very little reason to believe that a MLS team would be successful there.

Share All sharing options for: MLS expansion to Atlanta would be a mistake

Now that Miami has been awarded what should be the 22nd MLS franchise, the number of open spots for the official/unofficial, FIFA/self-imposed limit of 24 teams is growing preciously small. And if the Atlanta Falcons are to be believed, that list may be getting even teensy-tinier. 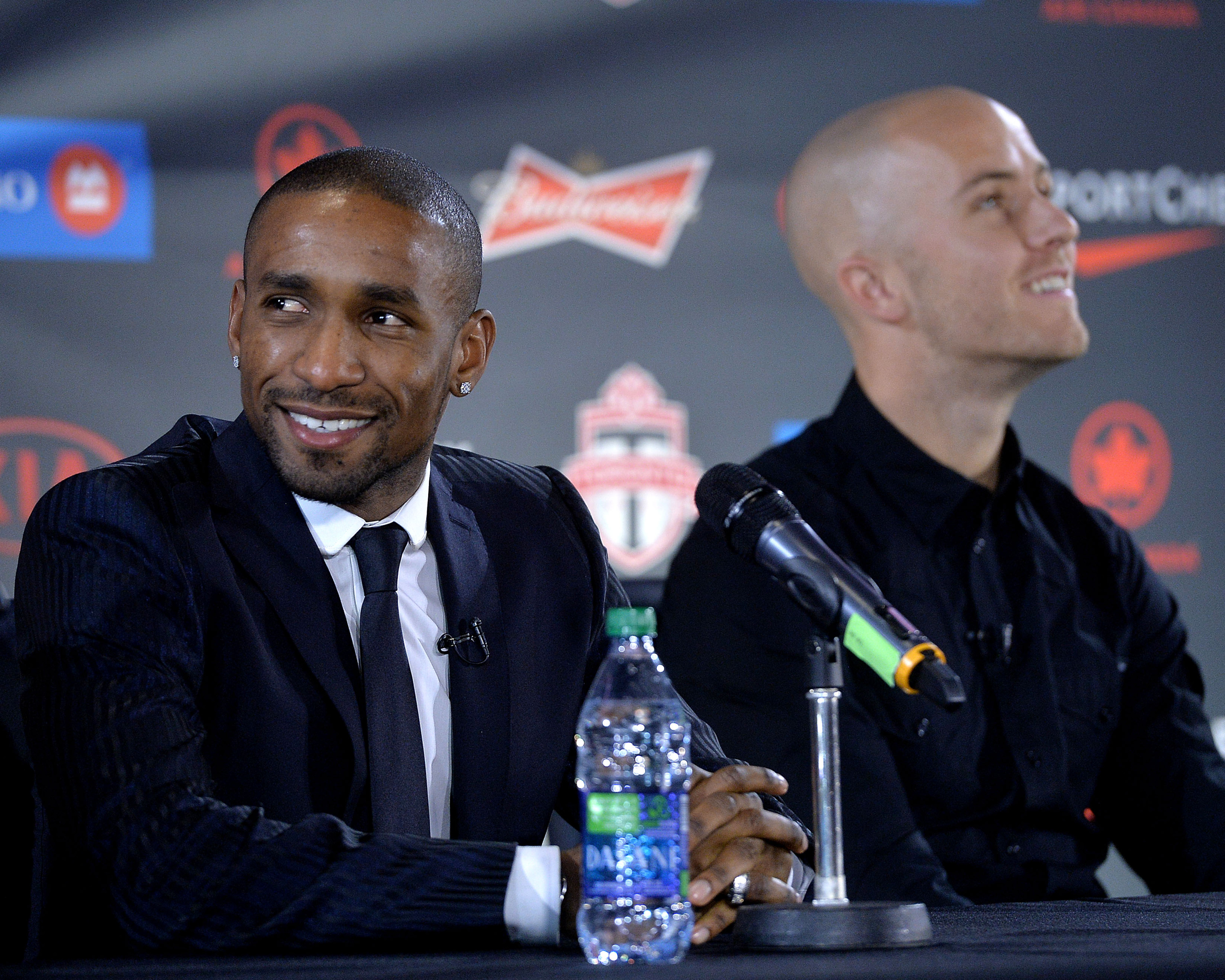 Coverage of Major League Soccer from SBNation.com and our team blogs

In case you missed it, Falcons president Rich McKay is telling people that they are "far along in negotiations" to obtain what would presumably be the 23rd MLS franchise. That team would play in the $1.2 billion stadium that is due to break ground in the spring.

The Falcons' interest in MLS is understandable enough. NFL teams only play 10-12 games at home, which leaves a lot of open dates to fill. An MLS team would immediately be able to almost triple the number of days the stadium is being used. Being a member of the MLS ownership group also would give the Falcons some added pull within SUM, which could probably help attract some national team and international friendly matches. It's also simply a sign that bigger organizations are seeing added value in investing in MLS.

The question MLS should be asking, though, is does it want Atlanta? Given how hot of a commodity MLS teams seem to be right now, there's very little reason that I see that MLS should be falling over itself in order to grant entry to an ownership that doesn't seem particularly interested in making soccer their main focus. Beyond that, I'm not sure the Atlanta market offers so much that MLS should be overlooking the seeming reality that the Falcons are mainly interested in figuring out a way to help pay for their American football stadium.

Let's look at the market, first.

The best thing that Atlanta has going for it is its sheer size. Various organizations use different ways of measuring the size of a media market, but most of them seem to agree that Atlanta is the biggest without a MLS team. The metro population was last counted as about 5.2 million people during the last census, which is also the largest metro area without a MLS team.

Atlanta is also generally considered to be the capital of the South, mainly just because it's the biggest city. But if MLS is really trying to gain a foothold in that part of the country, Atlanta is probably a more effective place to be than in Florida.

The final bit that might be working in Atlanta's favor is that the NASL team has been drawing some reasonably strong numbers in recent years. After performing bad enough at the turnstiles for much of the Silverbacks' existence, which actually led to the club going on hiatus from 2009-10, they've averaged at least 4,500 in each of the past two years. In the world of lower-division soccer, that's perfectly respectable.

What really seems to be working in Atlanta's favor, though, is really something quite simple: They have an owner who's apparently willing to plop down an expansion fee that would probably be somewhere between the $70 million that Orlando City reportedly paid and the $100 million New York City FC had to fork over. Arthur Blank also has a downtown stadium that could at least masquerade as a soccer stadium.

Who's really in contention for MLS expansion?

Back in December, MLS released a map that suggested San Antonio, Minneapolis and St. Louis were also under consideration for MLS expansion. All three would be better options than Atlanta.

Who's really in contention for MLS expansion?

A willing owner and a suitable facility are unquestionably huge considerations, but those two things also aren't all created equal. And that's where we start getting into what I see as the significant downsides to Atlanta's viability.

While adding Blank to the MLS Board of Governors would undeniably improve the overall portfolio — the founder of Home Depot is reportedly worth about $1.2 billion — there's really no reason to think he's going to be particularly engaged in the league. There have been plenty of NFL owners who have at least dabbled in MLS and, at least since the league's earliest days, none of them are considered to be among the models the league should be following. Robert Kraft is probably the most notorious of the bunch, and he routinely treats the New England Revolution as a complete afterthought. Lamar Hunt was among the league's founders, and while he deserves credit for being the first to invest in a soccer-specific stadium, the teams that his group owned have almost universally been better off once they were sold. Paul Allen is probably the best current example of a NFL owner's involvement in MLS and the best thing he's done is allow his more soccer-focused owners to concentrate on running the Seattle Sounders.

Unlike in Seattle, the only crossover ownership that really seems to be working, there's no soccer-obsessed owner who would be there guiding the day-to-day operations. But even if Blank were able to find his version of the Sounders' Adrian Hanauer — or even someone like who's not literally running the team but is still very engaged like a Joe Roth — this still feels like a very risky situation.

As suitable as this new Atlanta stadium may be for soccer — it will apparently be able to be reconfigured to allow for a proper pitch and the upper deck will be closed to give it a more intimate feel — there just aren't very many good examples of MLS and professional football teams peacefully coexisting. The Sounders and Vancouver Whitecaps are the best examples of teams that are doing a pretty good job of making the situation work. Both teams play in downtown stadiums on fields that were designed with soccer in mind. Kraft's New England Revolution are the prime counter-example, as they routinely play on gridiron lines and there's virtually no attempt to hide the fact that the New England Patriots are the stadium's primary tenants.

Aside from engaged, soccer-first ownership that the Sounders and Whitecaps enjoy, they also share a long history of successful professional soccer teams in their cities. Both Seattle and Vancouver can trace their professional soccer histories back 40 years and consistently fielded reasonably well-supported teams before gaining entry to MLS. It's true that Atlanta also can trace its professional soccer history back to the NASL days, but the market has experienced virtually no success at the turnstile. In a history that includes two separate NASL teams, women's teams that played in the WUSA and WPS and men's teams that have competed in various lower divisions since 1995, none of them have ever managed to draw average crowds of as many as 7,500. There's also virtually no United States national team history in Atlanta, where the men's team hasn't played since 1977 and the biggest crowd to ever watch the women play was the 14,652 that saw them play Japan in the run-up to the 1999 World Cup.

In fact, the current iteration of the Silverbacks — who averaged about 4,600 last year — are among the best supported teams in Atlanta's professional soccer history, which might actually work against a MLS team in Atlanta. If MLS attempts to simply steamroll the Silverbacks — and there's no indication that the two sides have any intention to work together — that would likely turn off what would otherwise be a new team's core support. The last MLS team to attempt something like this was Toronto FC, but they were competing with a Toronto Lynx team that was the worst-supported team in the USL and also self-relegated themselves to the semi-professional USL-PDL.

As if all of this weren't daunting enough, Atlanta's sports fans are notoriously fickle. The NBA's Hawks are perpetually in the bottom third of attendance and the NHL's Thrashers' attendance was so bad that they eventually moved to Winnipeg just 12 years after being granted an expansion franchise and playing in a purpose-built arena. The NFL's Falcons and Major League Baseball's Braves draw reasonably well now, but were both poor draws before moving out of Atlanta-Fulton County Stadium.

There was a time when MLS needed Atlanta, or markets like it at least. That time is past. MLS is poised to sign a TV deal that could bring in close to $100 million a year. As bad and ill-advised as I think it is for MLS to sign such a long-term deal, it's just another example of how little MLS needs Atlanta, especially when so little is working in this particular bid's favor. MLS could surely use another team in the South, but the league would be much better off waiting for an ownership group that wants to focus on soccer or a market that is more likely to embrace the team.