adidas have once again pulled out all of the design stops for Lionel Messi with a brand new boot colorway specifically for the superstar.

The latest generation of adidas' groundbreaking adizero f50 series is on another level. It's better than anything that's come before it in the line and by some margin. The boot is extremely lightweight and what it's missing in the gram count, it more than makes up for in comfort and style.

When adidas launched what is now the current iteration of the boot last November, it came in two bold colorways: Solar Zest and Solar Blue. Saturated colors were never an issue with the series but with these, despite how good they looked from the off, it felt as though adidas could push forward into something more in terms of design. Now, ahead of the Champions League Round of 16 that kicks off on Tuesday, they have done just that.

Barcelona star Lionel Messi will debut the latest adizero f50 colorway on Tuesday evening with his side traveling to the Etihad stadium to take on Manchester City. With him, Messi will bring boots tailored specifically to his needs (as he has done on more than one occasion) with a radical new look. 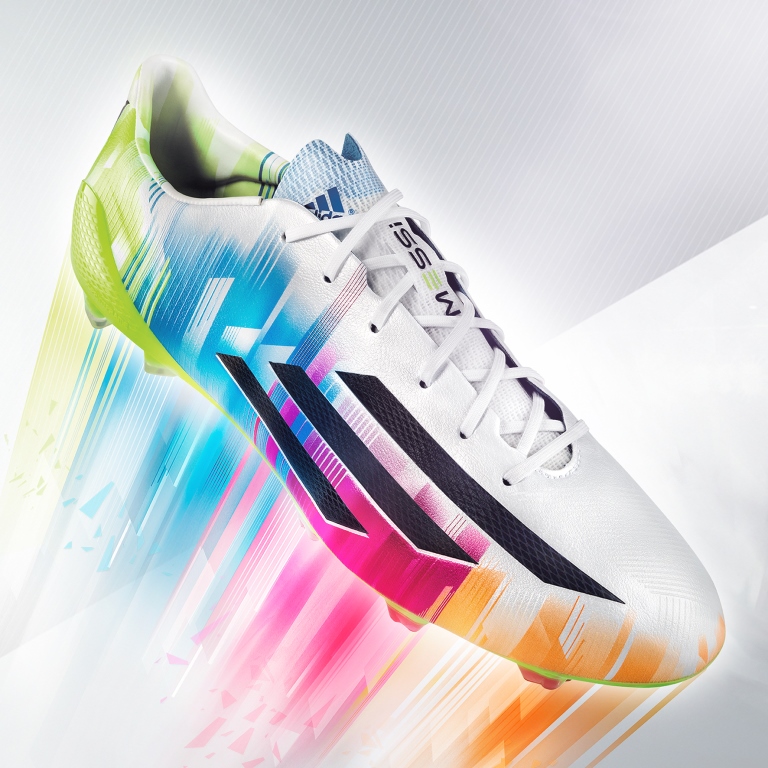 The new Messi-special boot will tie in with a number of adidas' other efforts in the buildup to the World Cup, including the Samba pack of boots and the Samba-colored Copa Mundials. The new f50s will come with a mostly white body but will feature bright bursts of colors from heel to toe. The colors, reminiscent of the Solar Blue, Solar Zest, Vivid Berry, and Solar Slime colorways shown off in other products are no doubt a nod to Brazil and adidas' other vivid offerings.