Miami will be home to an MLS team again, and all of the major parties involved are intent on delivering a product different from the Miami Fusion.

David Beckham has been linked to a Major League Soccer expansion franchise in Miami for the better part of a year, but he finally made his entry into the league official on Wednesday. Standing alongside Beckham and Miami-Dade County mayor Carlos Gimenez, MLS commissioner Don Garber announced that Beckham had exercised his option to purchase an MLS team, which will be located in Miami-Dade County.

Beckham's big announcement caps off a big week, in which he's also smashed eggs on his own head and run around town in his underwear.

Beckham is joined by Bolivian billionaire Marcelo Claure and Simon Fuller, his business manager and the founder of 19 Entertainment, as principle owners of the club. While Garber felt comfortable enough about the team's future prospects to make an announcement, the club is yet to finalize their name or secure a location for their stadium.

Locating an MLS team in South Florida was always going to be difficult after the controversial construction of Marlins Park, which could eventually cost taxpayers in the region more than a billion dollars. However, Beckham insisted that the unnamed MLS club would not seek out public money.

"We don't want public funding," said Beckham. "We will fund the stadium ourselves." That line, unsurprisingly, drew a massive cheer from the crowd.

"We have worked very hard to get to the stage where we can fund the stadium ourselves. We want to create a club that is the people's football club."

Gimenez insisted that the stadium would be located downtown Miami, something important to the league in light of the Miami Fusion's failures. While numerous factors contributed to the downfall and eventual contraction of the first MLS club in South Florida, their location -- Lockhart Stadium in Ft. Lauderdale -- was a major contributing factor to their inability to make money.

"We not only want to create an iconic stadium," said Gimenez, "but also a great public space. That stadium needs to be part of the fabric of Miami." 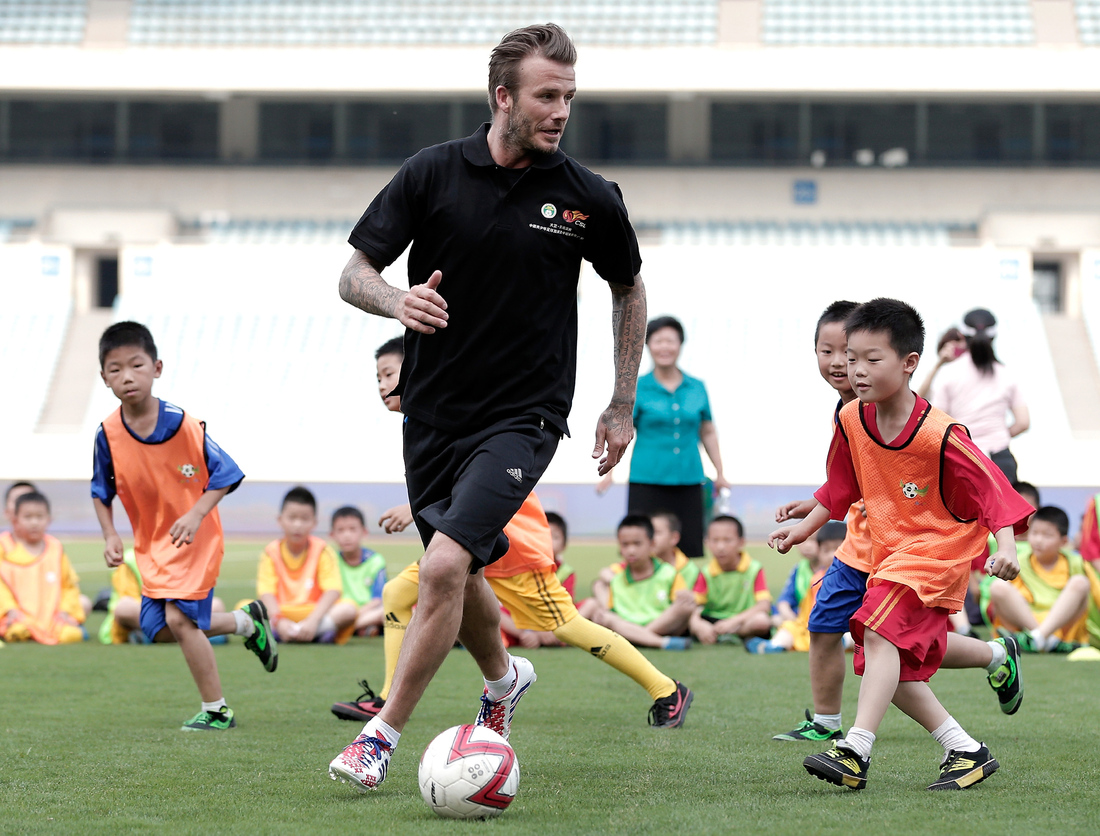 The mayor also spoke about the potential timetable for securing a space, noting that he knew a deal had to get done quickly.

"We started our negotiations last week," Gimenez said. "We know that we have to get rolling on it, there's a time crunch to identify and gain control of a site to begin construction of the stadium. We're going to do everything in our power to make sure we get the stadium built in the right place. ... We not only want to create an iconic stadium, but also a great public space. That stadium needs to be part of the fabric of Miami."

"The people of Miami deserve a stadium that they're proud of," said Beckham, who also spoke about the need for the team to locate downtown Miami. "They deserve a stadium that's in a great place. The commissioners, the board, the mayor, have promised us that we will be downtown. I think it's important that we are in this part of the city."

While Beckham and Gimenez understandably spent most of their time speaking about the potential that Miami's MLS team has on a local level, Garber spoke more about how Miami's expansion team will help MLS reach their goals going forward.

"Our goal for MLS is to be one of the top leagues in the world by 2022, said Garber. "In order for us to be able to achieve that, we need to continue to invest in our clubs and make them more influential and important in their communities."

'If we're able to do that, we'll be able to turn not just the United States, but also Canada, into [nations] far more influential in global soccer. Hopefully we'll have [the United States] win the World Cup sometime soon, and hopefully have the Canadians qualify for their first World Cup [since 1986]."

Beckham also talked about making clubs more influential in their local communities, saying that he wants "to set up an academy that brings in kids from all over Miami. We want local talent."

While setting up youth academies has been a league-wide initiative and is not unique to Miami, it will be comforting statement for anyone who feared Beckham and Fuller's presence in a city as attractive for star athletes as Miami would lead to the club leaning too heavily on international stars.

Garber reassured fans on that front as well. He captured the overall theme of the press conference, which was that this is not the Miami Fusion, and Beckham is not looking at his team as a rich person's plaything.

"You will find that David is incredibly committed to community. He will be laser focused on delivering a world class soccer team that you can be proud of."