On International Women's Day, Manchester City launched a new section of their website dedicated to female fans. Unfortunately, the site did more to marginalize women than to embrace them as true fans of the game.

Last Friday, the English FA released a study entitled "Women in Football", which surveyed 661 women working in the sport, primarily across the UK. The study came at an appropriate time, the day before International Women's Day. For 2014, the theme for the day -- which celebrates respect for women as well as their economic, political and social achievements -- was "Equality for Women is Progress for All."

But in environments traditionally viewed as the domain of men, women are far from achieving equality. The results of the study were unsurprising. More than two-thirds of women reported experiencing sexism in the workplace, and nearly a third had been told that their gender makes them unable to do their job. One anonymous respondent reported, "I experienced direct sexist and derogatory comments, and intimidation. I didn't report it as I was scared. I was told I would never work in the game again."

Sexism doesn't just occur among women working in soccer. It's also an issue for female fans. Ask most women who support a team whether they've ever been singled out due to their gender, and they'll reply with a resounding "yes." Women fans are asked if they support a side because their boyfriend does, if they watch men's games because they are hoping the players will remove their shirts at the end, or if they're trying to make themselves more desirable to the opposite sex.

Women expressing an opinion on games, tactics or players have their views demeaned or ridiculed

The harassment doesn't stop there. Women who publicize their love of football are often asked to explain the offside rule as though it is some sort of proof that they are, in fact, fans. Sometimes the comments are more sinister, such as when we are referred to as 'bitch,' or much worse, and told to get back in the kitchen. Women expressing an opinion on games, tactics or players have their views demeaned or ridiculed by those who believe that football is a man's world.

On March 8, Manchester City FC used International Women’s Day as a launching point for the new section of the club’s website: "City Woman." At first blush it seems like an inspired idea: a community where female football fans can come together and interact.

Yet the actual website appears determined not to promote equality for women, but to encourage female football fans to stick to their gender roles: maintain their appearance, be sure to provide a healthy dinner each night and care about sports only as they might tangentially relate to the rest of a woman's life.

This "Women’s Section" seems to be unprecedented at the highest level of football. Now, I haven’t had time to visit over a hundred sites to check whether any other club is devoting part of its official website to its female fanbase. But, when poking around sites from top clubs in various leagues, the closest equivalent I’ve found are fan sections that aren't geared towards a particular gender. These sections often include wallpapers featuring the team, competitions to win tickets to matches and information about local supporters clubs.

Not recipes. Not workout tips. It’s not that there is anything wrong with a club promoting fitness or healthy living. It’s rather fun to see the players’ favorite foods – although forgive me for being a bit skeptical that Joleon Lescott loves pan-fried sea bass with rice salmon salad and sweet potato, or Edin Dzeko loves a nice piece of char-grilled cod atop a nicoise salad. No, the problem is that these articles are being included in a section specifically directed at women.

The Women in Football survey tells us that 54.3 percent of respondents felt there is an overemphasis on the way women look in the football workplace, 53.9 percent worried that their appearance was judged ahead of their ability to do their job and 24.9 percent felt they were expected to look glamorous at work.

Rather than working to change that perception, City have played right into its hands.

Manchester City -- whose marketing team is run by a man and who have no women present on the board of directors -- have taken the easy road. They have separated men and women, subscribing to an antiquated notion that female fans will only visit a site devoted to soccer if the offerings somehow relate to the woman's relationship and family life. The club even went so far as to hire a columnist who is a self-proclaimed "non-feminist" and believes that "women are wired differently to men."

Why should the club include special sections for fitness and healthy recipes on a site dedicated to women, but not boast of such sections on their main page?

In her first column, rather than address a subject such as the rise of female football supporters, Angela Epstein asks the question, "can a tattoo ever look attractive on a woman?" The column never specifically states that tattoos can never look attractive on women. Instead, Epstein dances around the issue. On men, tattoos are "unapologetically macho." For women, they prompt a debate on "what a tattoo does for a woman in terms of her femininity, her appearance and ... how she is judged by others."

Tattoos and football do often go together, but why is it necessary for a professional football club to indulge the notion that a woman's femininity will be questioned should she choose to ink her skin while the likes of Sergio Agüero and Javi Garcia are simply made more macho by their tattoos? And why should the club include special sections for fitness and healthy recipes on a site dedicated to women, but not boast of such sections on their main page?

"Equality for Women is Progress for All," says International Women's Day. But what Manchester City are promoting with this site is the message that women are relegated to certain spheres. The kitchen is their domain. They must dedicate themselves to looking nice. And it's important to consider what others think about their appearance.

There are ways that Manchester City could have made City Women an excellent resource for the female football fan. They could have started a discussion board just for women, moderated by the club to ensure the space was as safe as it could be on the internet. City could post interviews with women working in the sport, to encourage female fans to reach for those dreams. There could be tips from the trainers of Manchester City explaining how to get the best out of your Sunday Soccer League run-outs. Why not highlight some of City's female fans, following their experience on match day or why they love the club as much as they do? Or talk to leaders of the sport, emphasizing how those with similar ambition can follow in their footsteps?

This could have attracted not just supporters of the club, but female fans worldwide. Instead, Manchester City chose to promote what was, undoubtedly, a focus group's concept of what would generally appeal to women. 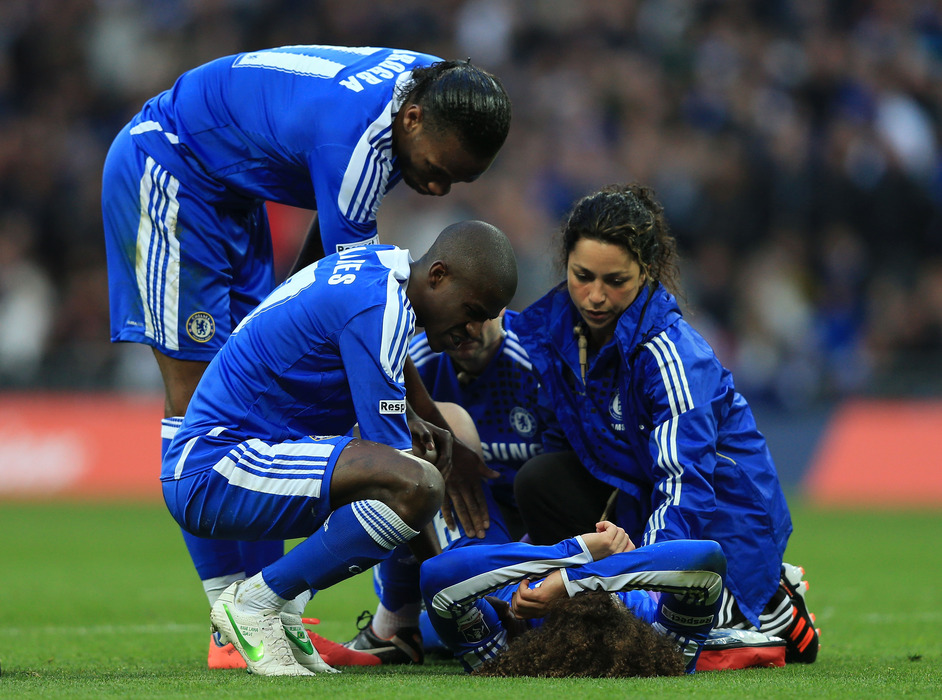 Eva Carneiro, Chelsea's first team doctor, told a Swedish FA medical conference, "women want to be leaders, we just put them off as we go along." Dr. Carneiro continued, "in every programme I've watched in my life, the female doctor is either hyper-sexualised or she's not present. This needs to change. Women are discouraged at a young age. Ninety percent of the mail I receive is from young women wanting to perform the same role. We need to tell them it's possible and that their presence will improve results."

It's impossible for such change to occur if football clubs themselves are working to emphasize and promote the differences between men and women. Shame on you, City. You had a chance to make clear just how much you value and promote female fandom. Instead you drew a line, separating the men from the girls.