Hull City let Manchester City off the hook, Chris Foy made Chelsea's day tough and Newcastle are terrible. What we took away from Saturday's Premier League action.

This season is fun. Are you having fun? I pretend Tottenham Hotspur don't exist so that I am still able to feel that things are fun.

When Vincent Kompany got sent off, Hull City had a golden opportunity to spend 80 minutes playing with an advantage in midfield, and against a central defense pairing of Martin Demichelis and Javi Garcia. They found a way to do precisely nothing with their advantage. Inexplicably, Hull played the same slow-tempo, packed-midfield game that they always play. They never looked like a serious threat to City.

City are good enough to score with 10 men against mid-table teams -- and there's no taking away from David Silva's incredible goal -- but Hull put forward a very disappointing effort. They should have come closer to scoring than they did and attacked City's central defenders more quickly and directly.

Palace and Sunderland are far from safety

Stoke-Sunderland is still just about the worst fixture in the Premier League, but Tony Pulis is now dragging Crystal Palace to become the third wheel, the Leicester City to their Derby and Forest. Nobody would have tuned in expecting quality, but both teams were surprisingly lethargic as by far the most pressing relegation battle of the day was the only game to end goalless.

Both sides can point to their lack of an in-form striker but they currently look shorn of new ideas. Fight has gotten them this far, but they'll need to find another gear if the likes of Fulham, Cardiff and West Brom are going to begin to make a last desperate bid to stay up. 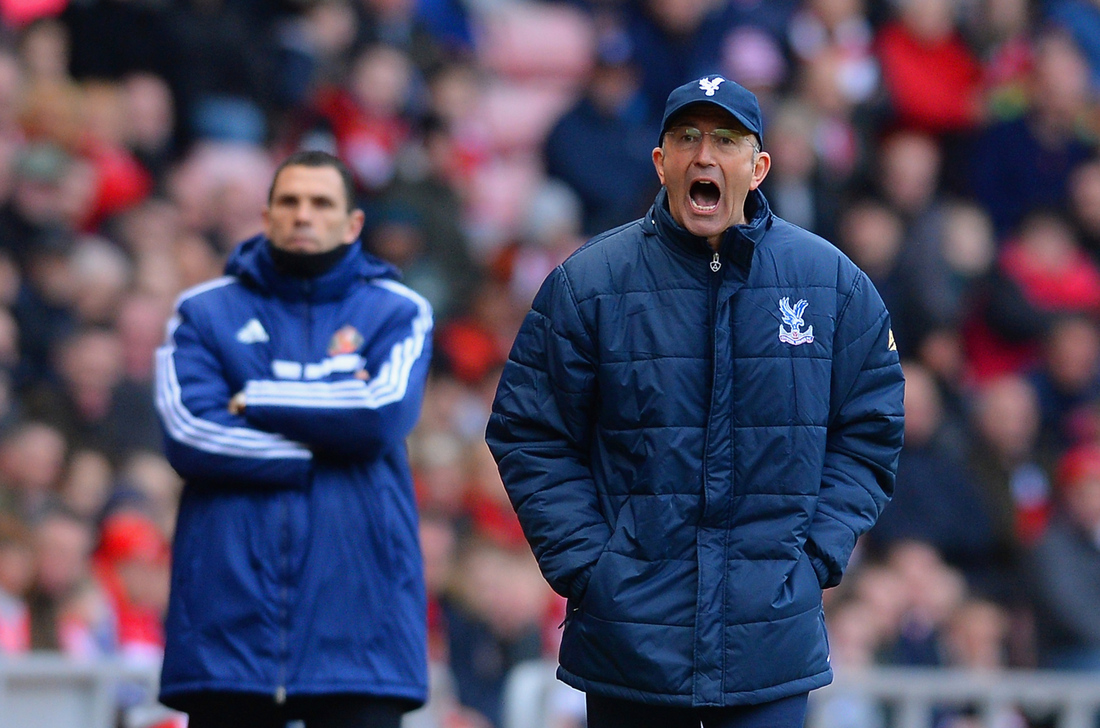 This is the best relegation battle ever, right?

Generally, we focus on individual games and what we can take away from them, but this week deserves one general section. In the absence of the big teams during Saturday's midday slate, the relegation battle got top billing, and the games didn't disappoint for the most part. Yes, Sunderland and Palace were poor, but there was something interesting about every other game.

Stoke suddenly look extremely safe, while West Bromwich Albion were able to stop the bleeding and pick up a win, sending Swansea back into the relegation race in the process. Fulham, somehow, aren't dead yet. Cardiff had their hearts broken by Seamus Coleman. Norwich went down in a circus of a game.

Fulham won -- their first league victory since Jan. 1 -- and ended a run of 10 games without a win. They remain in 20th place in the table, one of the favorites to find themselves in the Championship next season, but they now have hope. In a game that appeared on its way to a draw, with the Cottagers coming so close to scoring but not getting the breaks, they found a way to score a goal. Then they found a way to hold on and get a bit of luck at the end to hold on to the three points.

Fulham remain a poor team despite the win. Given their remaining schedule, though, if they can perform like they did on Saturday going forward, they might yet save themselves. Felix Magath needed that. Fulham's players needed that.

Newcastle should be ashamed of themselves.

They allowed arguably the worst team in the EPL to beat them and got clean sheeted by David Stockdale. It was like watching one of the games in Football Manager when you have the better team, you get the better chances, but the AI just has it out for you. Perhaps Newcastle, who have nothing to play for at this point, just didn't care. Maybe they need Alan Pardew on the touchline head-butting people to really get going.

The odd thing about Chris Foy's day was that none of his huge calls were a truly inexcusable level of awful. Nemanja Matic's disallowed goal, Willian's sending off and Ramires' sending off were all very tough calls. If a ref got one of them wrong and was good for the rest of the game, he could be forgiven. But as hard as those calls were, he probably got all of them wrong, and all of them happened to go against Chelsea.

Foy seriously affected the outcome of the game, and since Ramires and Willian are suspended, possibly the outcome of future games. Even if they were all tough, borderline calls, that makes it tough to forgive his performance.