The Netherlands are not only vying for the World Cup crown this summer but it looks like they'll be finalists in the "Best Dressed" competition as well.

The Dutch have unveiled a frankly gorgeous new home kit, one that echoes the team's "core values of simplicity, honor, and unity." The new top is unsurprisingly orange and is very light on the big details that many of their competitors have on their kits but that's part of what makes this effort from Nike so good. 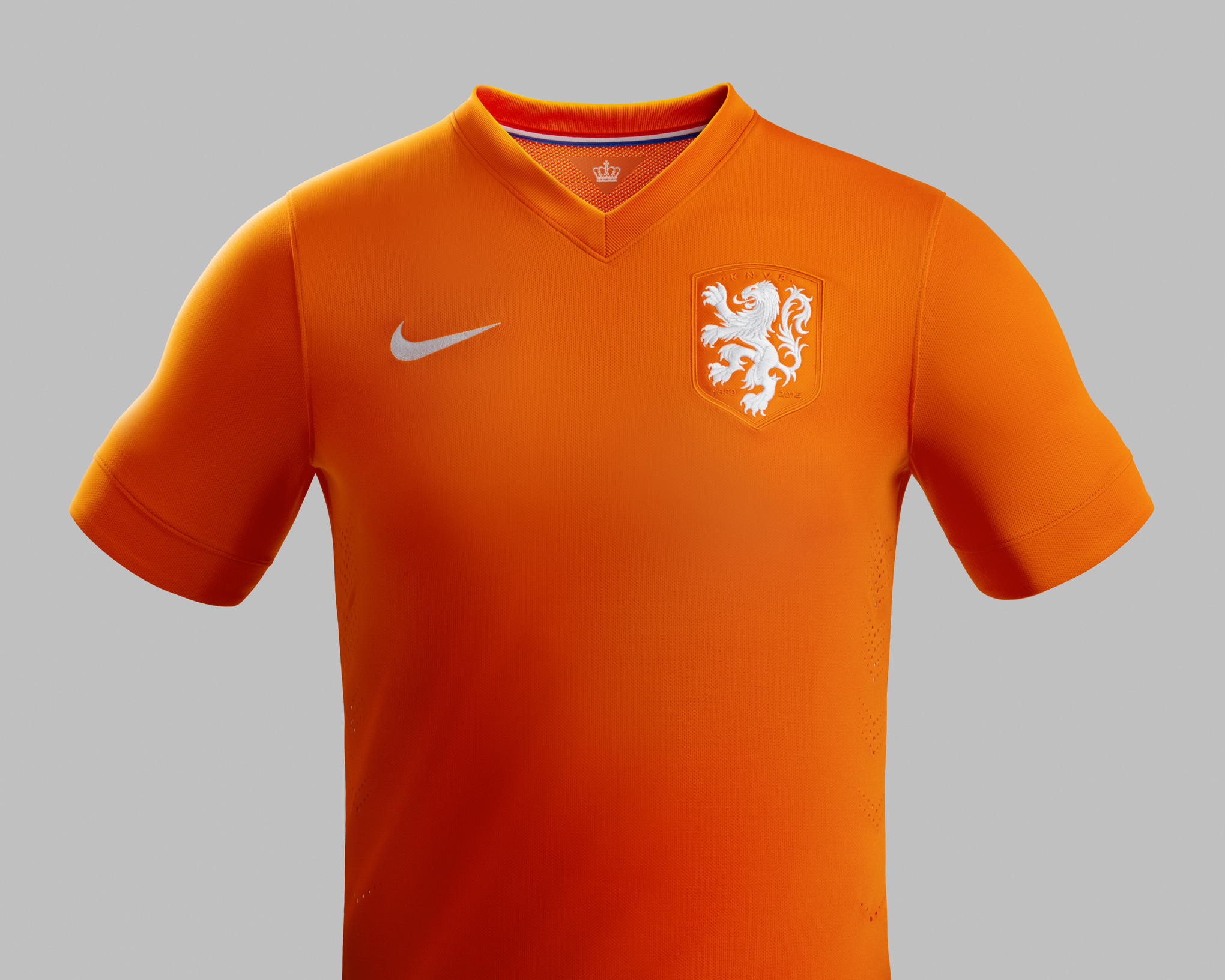 Paired with white shorts and orange socks, the 2014 Dutch home kit is an understated instant classic in terms of design. The shirt proudly features an enlarged white lion that, per a Nike press release, symbolizes "a new era in Dutch football." The lion has has been a focal point of the Dutch kits for more than 100 years, appearing in both black and white over the decades. Recently, the KNVB crest had portrayed just the head of the lion with a crown over it. Nike have changed that with a "rampant" lion that is white and enlarged, taking a very prominent spot on the shirt and immediately drawing the viewer's eye to it. 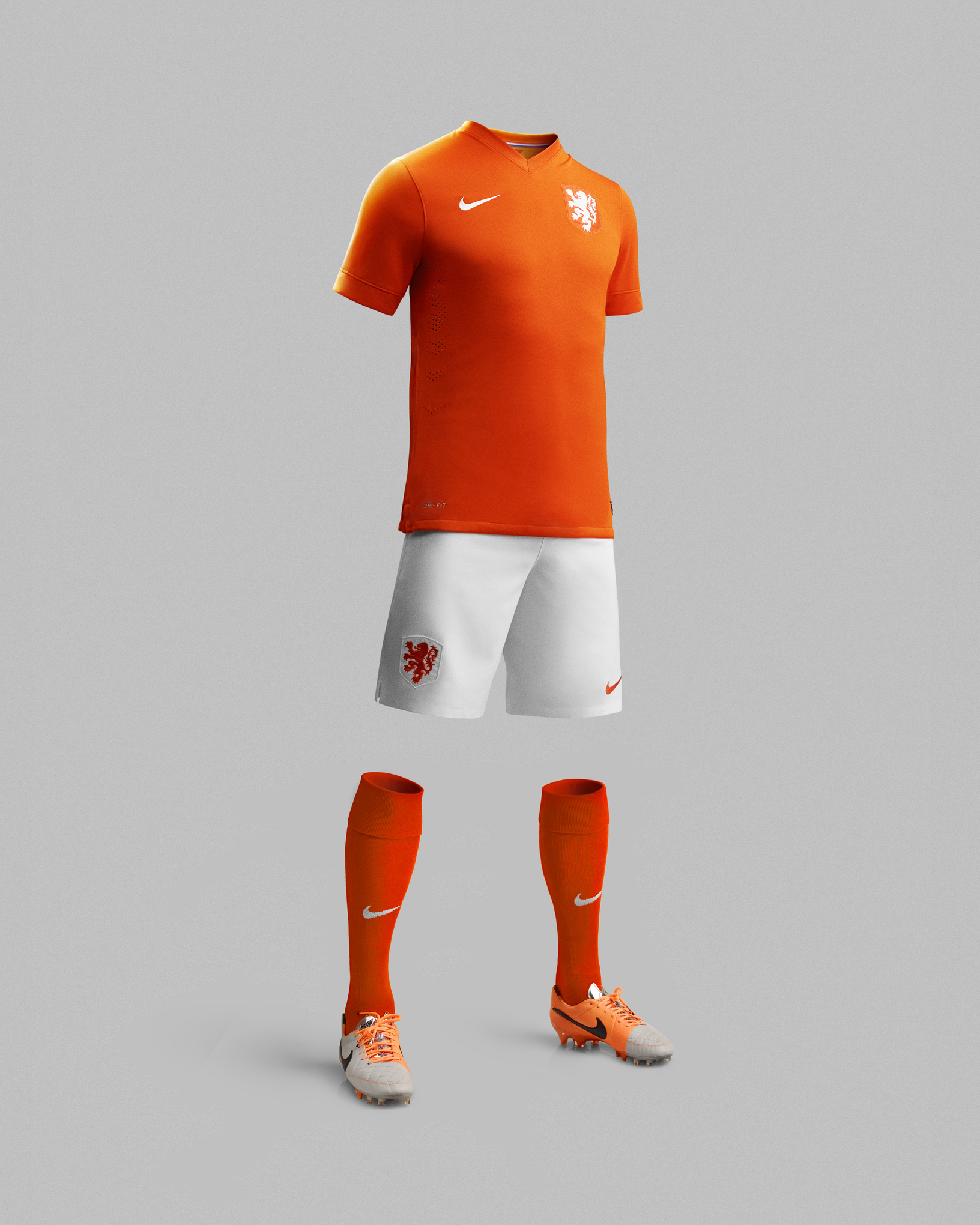 The shirt has a sharp V-neck and white Nike swoosh with the association crest's crown adorning the inside of the neck, on the back of the shirt. The top also has an added feature on the inside of the sleeves, allowing the wearer to turn them inside-out to create a look with even more contrast. This was something that Nike had originally experimented with for France's 2011/12 home kit and it worked to great effect. 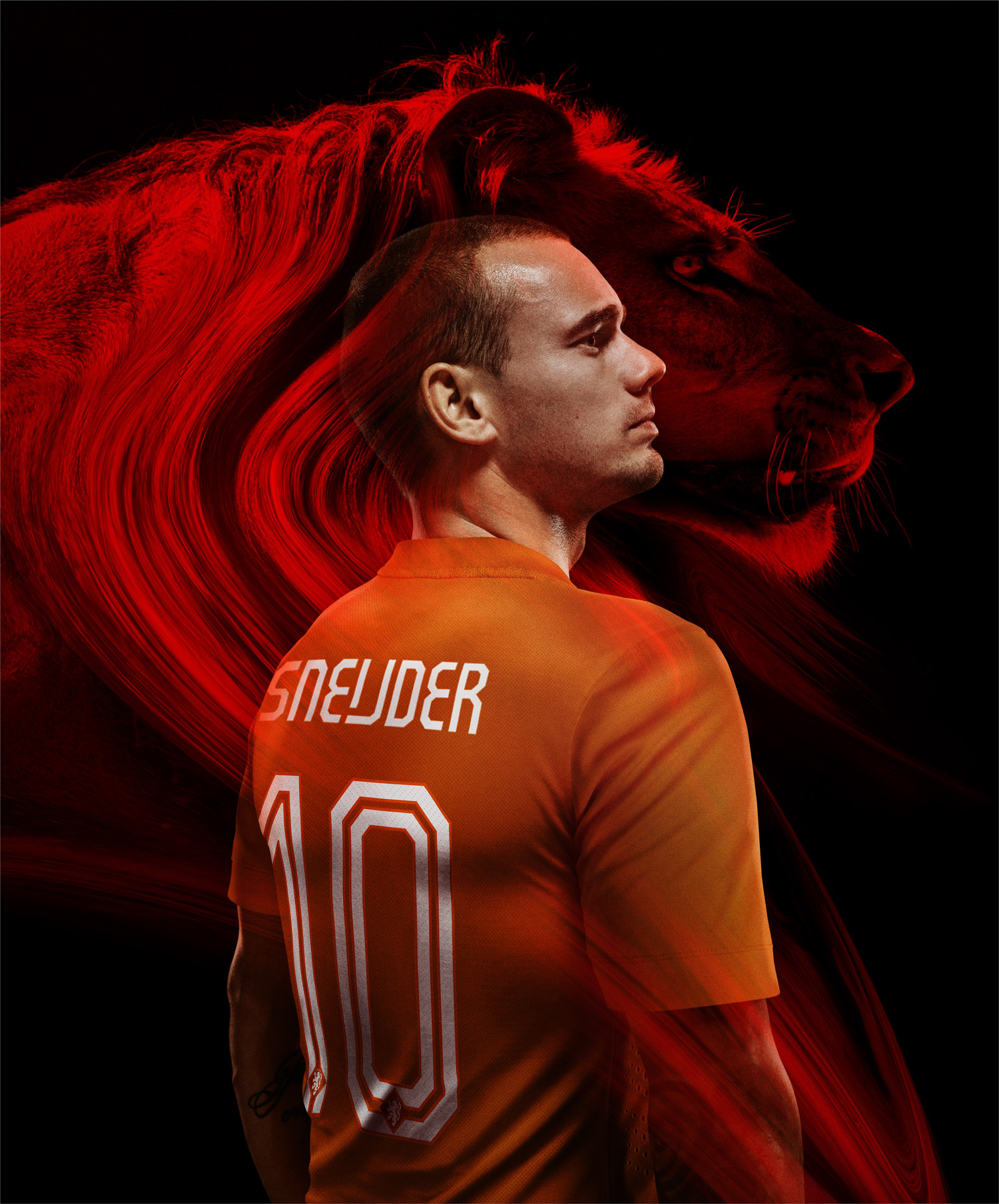 Nike also collaborated with Dutch graphic designer Wim Crouwel to create a modern, unique font for the players' names and numbers. The numbers feature a double stroke that is both cutting-edge and reminiscent of the typeface used by the Dutch teams of the 1970s, ones that famously featured the likes of Johan Neeskens and Johan Cruyff.

The shirt comes equipped with the laser-cut ventilation holes, Dri-FIT fabric, and engineered mesh that Nike is using to keep its players cool this summer.