With the United States, the Netherlands, and France having already had their kits unveiled, Nike has shown off their offerings for Portugal, Poland, Turkey, Greece, and Croatia.

Nike, like adidas and Puma, have been busy unveiling a number of World Cup kits for their sponsorship properties. We have already seen offerings for the United States, the Netherlands, and France but those three are far from all that Nike has to offer in this kit cycle. With kits for those nations already in the books, Nike have unveiled a further five designs, this time with Portugal, Greece, Poland, Turkey, and Croatia in mind. 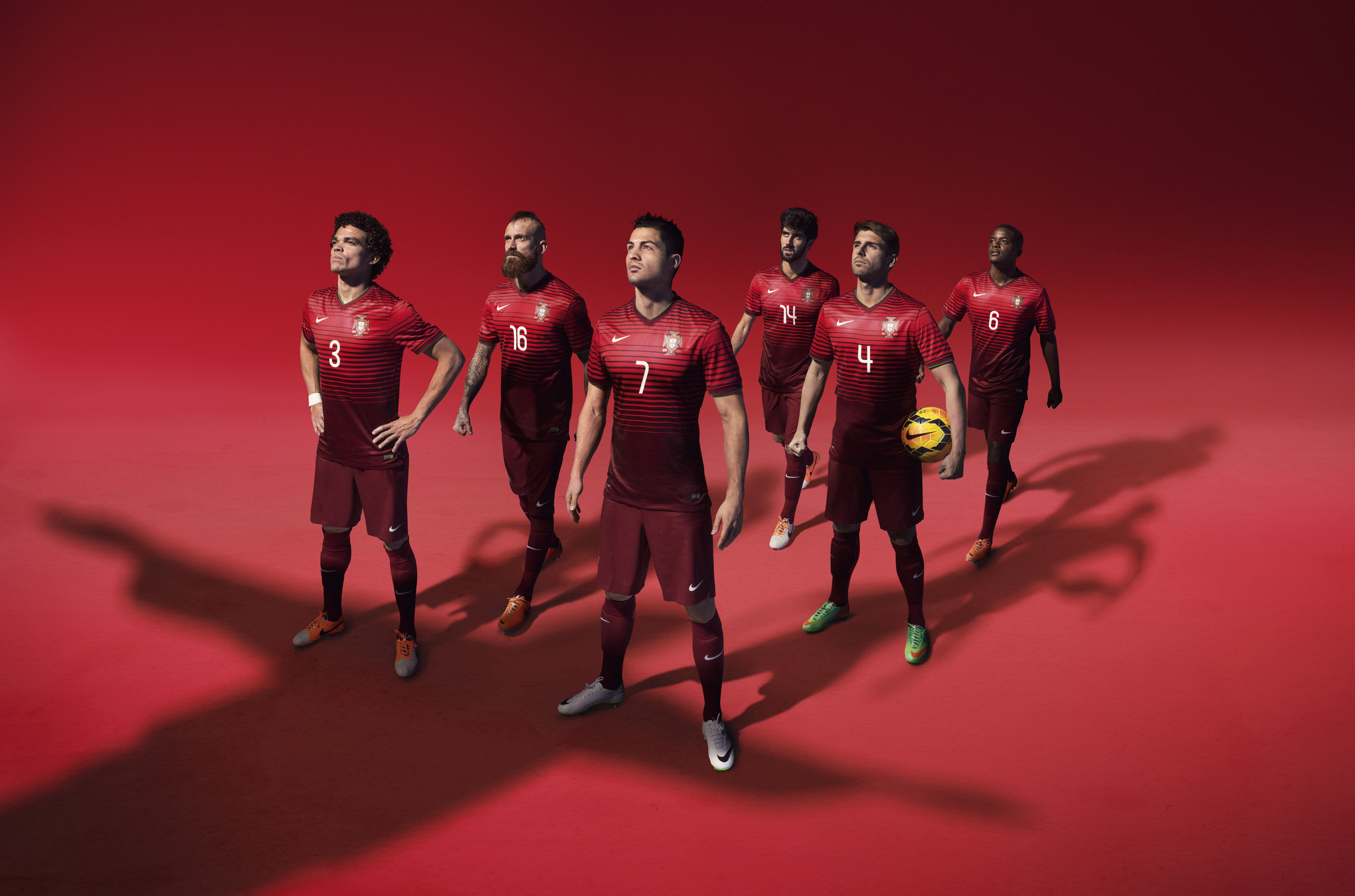 Portugal's new home kit is all about speed and energy with interchanging dark red and bright red horizontal hoops that stretch from top to bottom. The shirt features a V-neck and green accents around the neckline and sleeves, echoing the colors of the Portuguese flag. For the back of the shirt, Nike created a typeface inspired by lettering used on traditional signage in Portugal. The shirt is paired with dark red shorts and socks with the whole ensemble getting darker as the eyes move from head to toe. 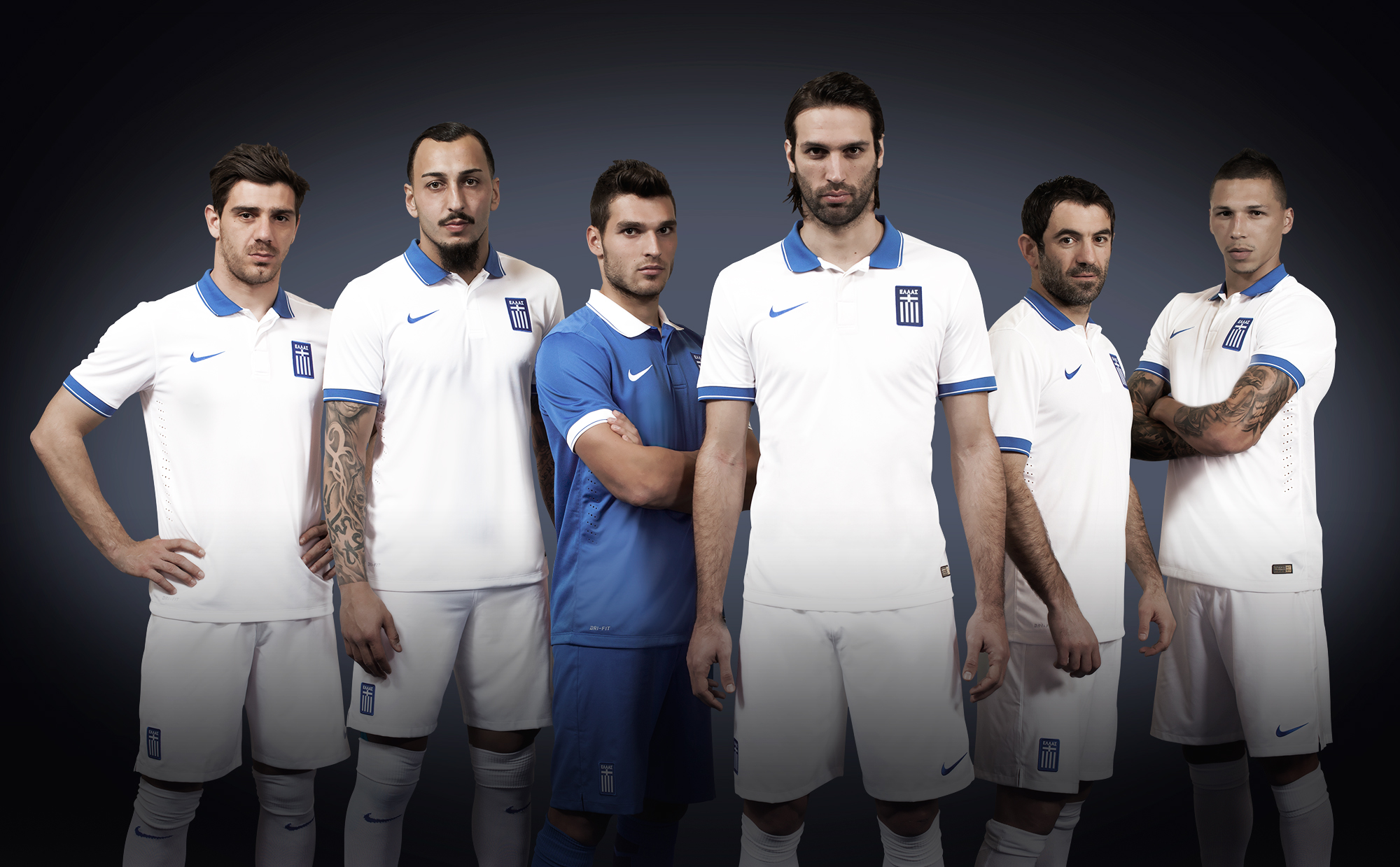 Greece has a received a pair of new kits for the World Cup, going for a traditional white home kit and blue away. Both of their looks are based on the same template that the United States will be wearing, albeit with an altogether different appearance. For each kit, Nike has reversed the color of the flag for the collar and sleeve accents, going with blue on white and white on blue, respectively. 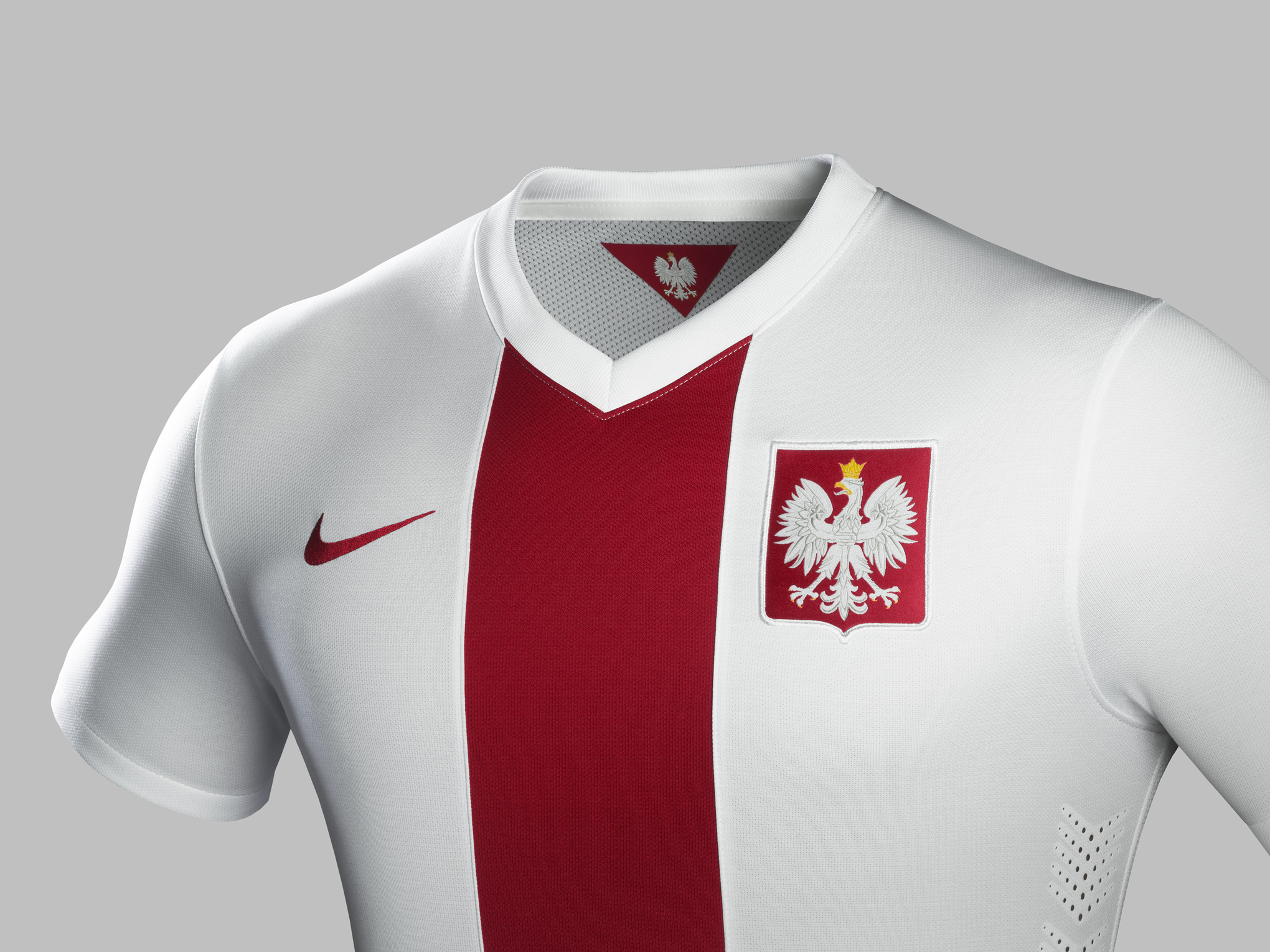 Poland have also received a pair of kits, and like Greece's, they are based on the same template as each other, reversing the flag's colors for home and away. The home kit is traditional white and opts for a vertical red stripe running down the center of the shirt, something that has been a key detail on Polish kits for many years. The away kit is red with a vertical white stripe. Both kits have a V-neck and both kits will be paired with red shorts. 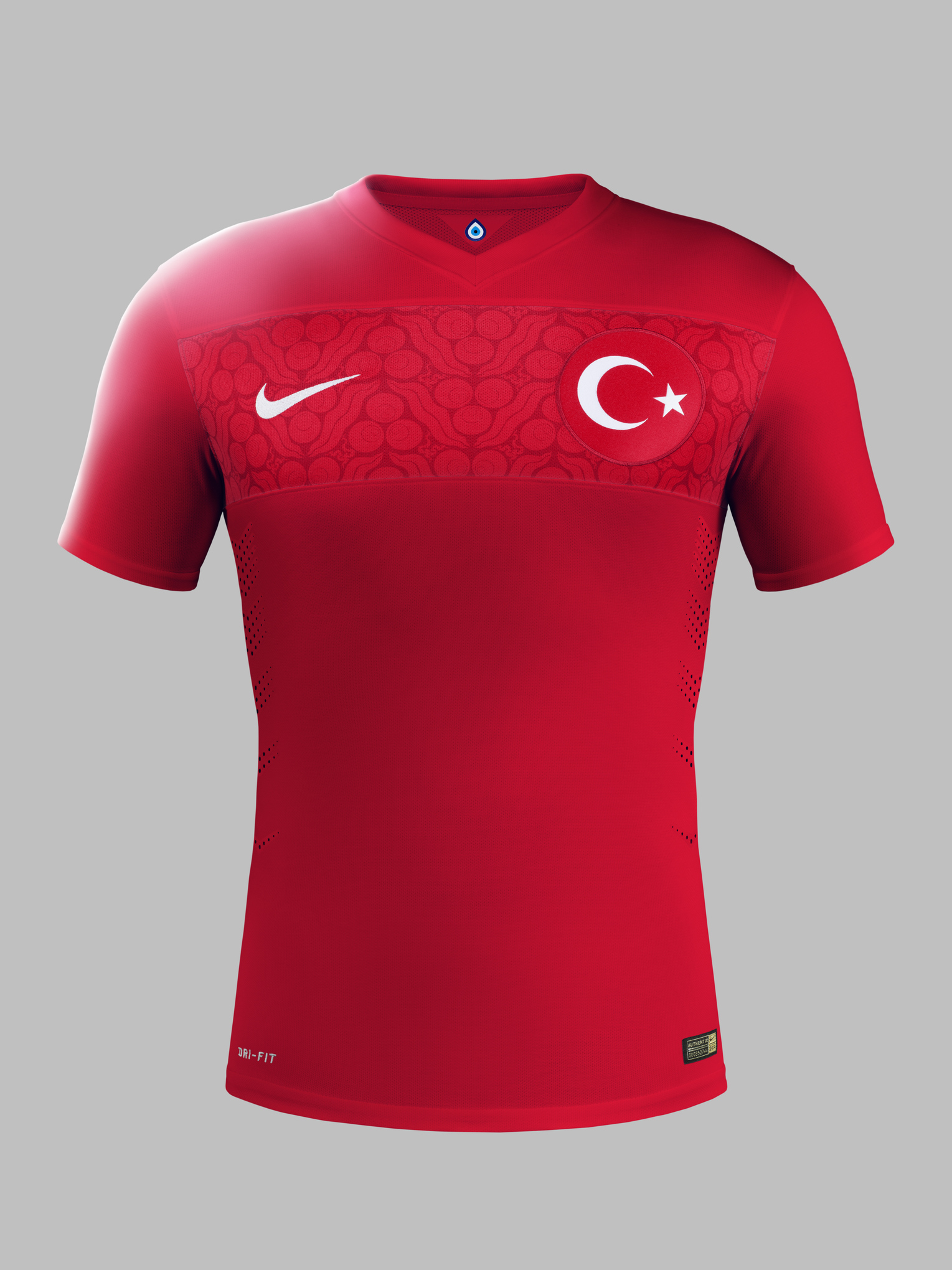 There is also a pair of new kits for Turkey, despite their not qualifying for the World Cup. They will once again don red for the home and going with white for the away. The key feature of this pair of kits is the chest design, which features the Çintemani pattern, a traditional Turkish design that symbolizes protection and power. Turkey will pair red shorts with the home kit and white shorts with the away. 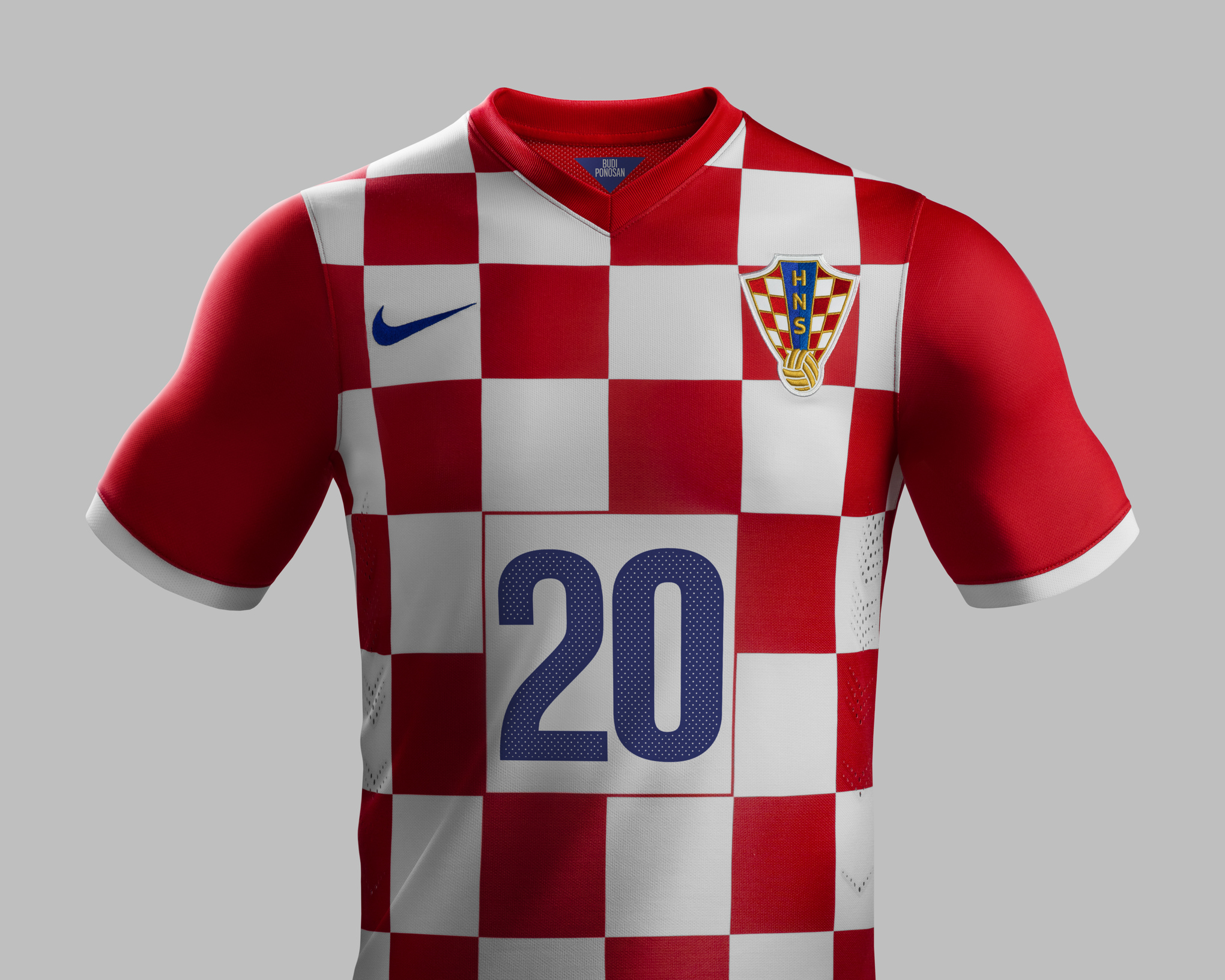 Finally, Croatia, who will suit up in their classic red-and-white check pattern. The pattern is very prominent on both kits but take center stage on the home shirt and makes up the details on the away kit. The home shirt is inspired by Croatia's kit from 1990, their first one as an independent team. It is paired with white shorts and blue socks, making up the colors and motif of the Croatian flag. The away kit is primarily blue with the checkerboard pattern taking its place on the shoulders, sleeves, and running down the side of the shorts.