So, you want to know more about Major League Soccer...

Share All sharing options for: MLS: A beginner's guide

Well, you didn't call it 'the MLS', which is a good start. Major League Soccer is a 19-year-old professional soccer league featuring teams from the United States and Canada. Creating the league was a requirement for the U.S. hosting the 1994 World Cup and despite some bumps (two teams were contracted in 2001) the league will grow to 24 teams by 2020, has stadiums all over the country and no longer has teams with names like ‘the Wiz' or ‘the Clash'.


Are the players actually any good?

If you're used to watching the likes of Lionel Messi and Cristiano Ronaldo play, MLS players will probably disappoint. But that's not really a very fair comparison, and although there are no world-class talents in the league, the level of play is actually fairly high, and it's only getting better. A few years ago a lack of quality was a major issue, but the league's come along in leaps and bounds recently, and boasts some very watchable matches as well as some household names.

You'll have probably heard of, for example, Clint Dempsey and Michael Bradley, both of whom have held their own in top European Leagues. In fact, MLS could provide as many as seven starters for the U.S. at this summer's World Cup. If you've been following the sport for a while, you'll definitely know New York Red Bulls striker Thierry Henry. And then there are youngsters with the talent to one day be household names, even in Europe. No pressure, Diego Fagundez.


Who's the best team?

It's usually good to start with the defending champions. That would be Sporting KC, led by U.S. internationals Graham Zusi and Matt Besler. Remarkably, this team was foundering at the bottom of the league and playing in a minor-league baseball stadium not too long ago, but now they have a shiny new trophy and a home that looks almost as good. 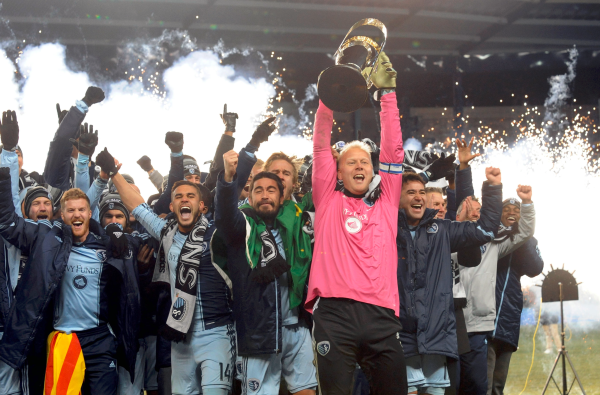 The Portland Timbers, New York Red Bulls, LA Galaxy and Real Salt Lake all figure to challenge Sporting this season, just as they did a year ago, but expect there to be some surprises. MLS always has one random team that looks awful on paper and is somehow good. Just don't bet on it being D.C. United or Chivas USA, MLS's current dumpster fires.


What's all this stuff I've heard about messing with offsides and not allowing draws?


Why else should I pay attention?

Because it's fun, mostly. MLS fans have imported most of the best bits of worldwide soccer culture -- the tifo (soccerese for ‘big awesome drawing'), the mass chanting, the flags -- and managed to avoid things like stabbing each other in the legs for wearing the wrong colors. 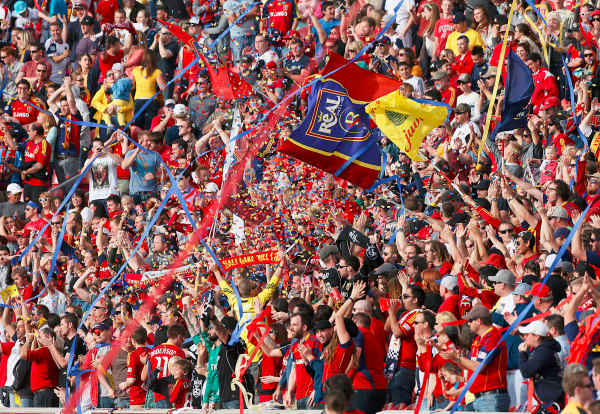 There's also a sense of parity that just doesn't exist in most soccer leagues. Enough teams make it to the playoffs to keep things interesting, and even the worst teams one season can improve enough in one winter -- we're looking at you, Toronto FC -- to be contenders in the next. In 19 seasons, nine different teams have won MLS Cup and nine different teams have won the Supporters' Shield.


There's seriously a guy with a chainsaw?

Yes. Sadly, he does not often feature on the field of play.


Is it really a professional league if the stadium is quiet and empty?

No, it's not, but MLS doesn't have that problem. The league averages more than 18,000 fans per match, which is good for ninth best in the world. 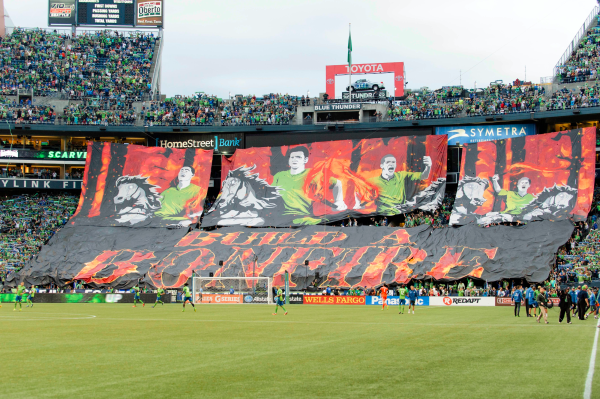 If you want atmosphere, check out Seattle, where 44,000 screaming and singing fans is the norm. Their rivals, Portland, match that passion, and if you look almost anywhere in the league, you can find a few hundred lubricated fans banded together as a supporters' group screaming obscenities at the other team's best player.


And how does the multiple trophy thing work?

The league itself awards two major trophies at the end of each year. The first goes to the team that finishes the regular-season with the most points for which they receive the Supporters' Shield. Aside from a trophy -- and some level of pride -- that team also receives home-field advantage in the playoffs.

There are also three further major competitions in which an MLS team might be involved, the U.S. Open Cup, the Voyageurs Cup (aka the Canadian Championship) and the CONCACAF Champions League. The former is a knockout tournament open to every team in the United States Soccer Federation (think England's FA Cup), the Voyageurs Cup is the rough Canadian equivalent and the Champions League is a competition between the top sides in leagues around North America, Central America and the Caribbean. No MLS side has won it in its current format, but they're getting closer and (theoretically) will one day defeat their Mexican overlords.


Will there ever be promotion and relegation in MLS?


Does anyone understand the roster rules? What is 'allocation order'?

OK, so the roster rules are a little bit involved. They're also a little bit... fluid. The short version of this answer is that the structure of the league means the players are actually employed by MLS rather than their teams. There is, therefore, no free agency and the rules for bringing in overseas players are murky at best and made up on the spot at worst. The short version is 'no'.

As for allocation order, it's probably best not to ask.


What is a Designated Player?

Since the league is salary capped, it's difficult to bribe convince someone like David Beckham to work on his tan raise the league's profile by coming to Los Angeles. And so, when the LA Galaxy acquired David Beckham, a new rule was born: Teams can use a 'Designated Player' spot, which counts for a fixed amount on the salary cap, then pay the DP whatever they want. Currently, teams are allowed up to three DPs. Every team except D.C. United currently have at least one of those players and 11 teams use at least two of their three spots.


What's with all the weird team names?

When a new league tries to draw off about five different naming conventions at once, what tends to result is a big mess. There are clubs with traditional sounding English names (D.C. United), others that go in for something more European (Real Salt Lake), ones with standard US-franchise names (Chicago Fire), one that is simply named after its owner (New York Red Bulls) and another named after its parent club (Chivas USA).

The most reasonable explanation for this is that MLS is still relatively young and went through a significant portion of its history trying to figure out what it wants to be. The best way to handle the issue is to say your sillily-named team does it right and to then relentlessly mock everyone else's sillily-named team.


How is it that a 19-year-old league has some teams celebrating 40th anniversaries?

Well, this is something else unique to American soccer. It's true, none of the three teams celebrating 40th anniversaries -- the Seattle Sounders, Vancouver Whitecaps and San Jose Earthquakes -- are technically that old. In fact, the Sounders and Whitecaps only joined MLS in the last six years. And, yes, even if you include their time in various other leagues, there have not been teams playing under any of those names continuously. But all three of them draw their lineage back to the old NASL -- as do the Portland Timbers, who are a year younger -- and they are all celebrating that history this year. Is it a bit forced? Probably. But it never hurt anyone to sit through a history lesson.


Speaking of the NASL, when is the Cosmos' first game?

The Cosmos will join MLS shortly after Pele stops saying stupid things. Current estimates have that as September 37, 2091.


Who should I root for?

Then you'd fit in just fine with the support at Chivas USA. 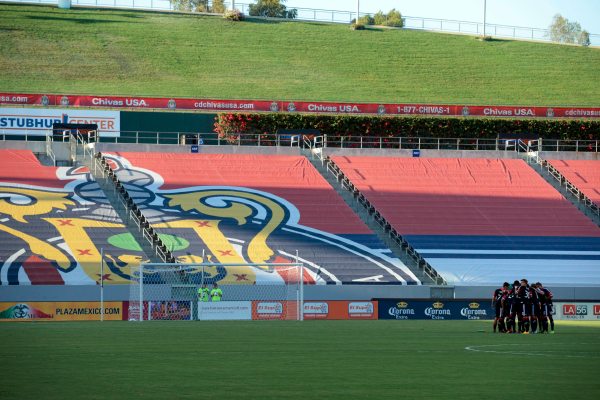 It's ‘football'. Stop calling it soccer.

I bet you're a lot of fun at parties.