Despite the abundance of talent on the roster, the absence of Cristiano Ronaldo will hurt Real Madrid in the Copa del Rey final.

Share All sharing options for: Real Madrid must figure out how to play without Cristiano Ronaldo quickly

Cristiano Ronaldo will miss next week's Copa del Rey final against Barcelona with a thigh injury. Take a moment to deal with your reaction, whether that be anger, disappointment or indifference. Then, let's start thinking about what this means for Real Madrid.

Anytime one of the world's best players is out of a game, it changes things. Madrid must adjust to not having their star, while their opponent must adjust to a different lineup. While we witnessed Madrid struggle without Ronaldo against Dortmund in the Champions League, that hasn't been the norm this season when he's been injured.

From a purely statistical perspective, Los Blancos have been quite strong in the nine matches played without Ronaldo in 2013/14. The team has seven wins, one loss and one draw with the Portuguese attacker sidelined. In those nine games, they've scored 24 goals for an average of 2.7 per game. In six of those matches, their attack generated at least three goals.

Ronaldo in an incredibly dangerous weapon on the pitch. He's responsible for 45 goals across all competitions this season, 35 percent of Madrid's total scoring output during this campaign. He's also racked up 12 assists and has taken an incredible 254 shots.

His importance goes well beyond goals and other stats, though. He's a matchup nightmare for opposing defenses thanks to his ridiculous combination of size and speed, as well as his creativity. He also draws fouls consistently, and his talent for making something out of the resulting set pieces will be seriously missed by Madrid.

Los Blancos were poor going forward in their 2-0 loss against Dortmund. It didn't cost them a spot in the semifinal, but at the very least it has created doubt about what they can do in the Copa del Rey final. Even though Madrid had performed well without Ronaldo in the team up until Tuesday, they were bad in the Dortmund match. They put very little pressure on the Dortmund defense and didn't generate the clear chances everyone's used to seeing them create. 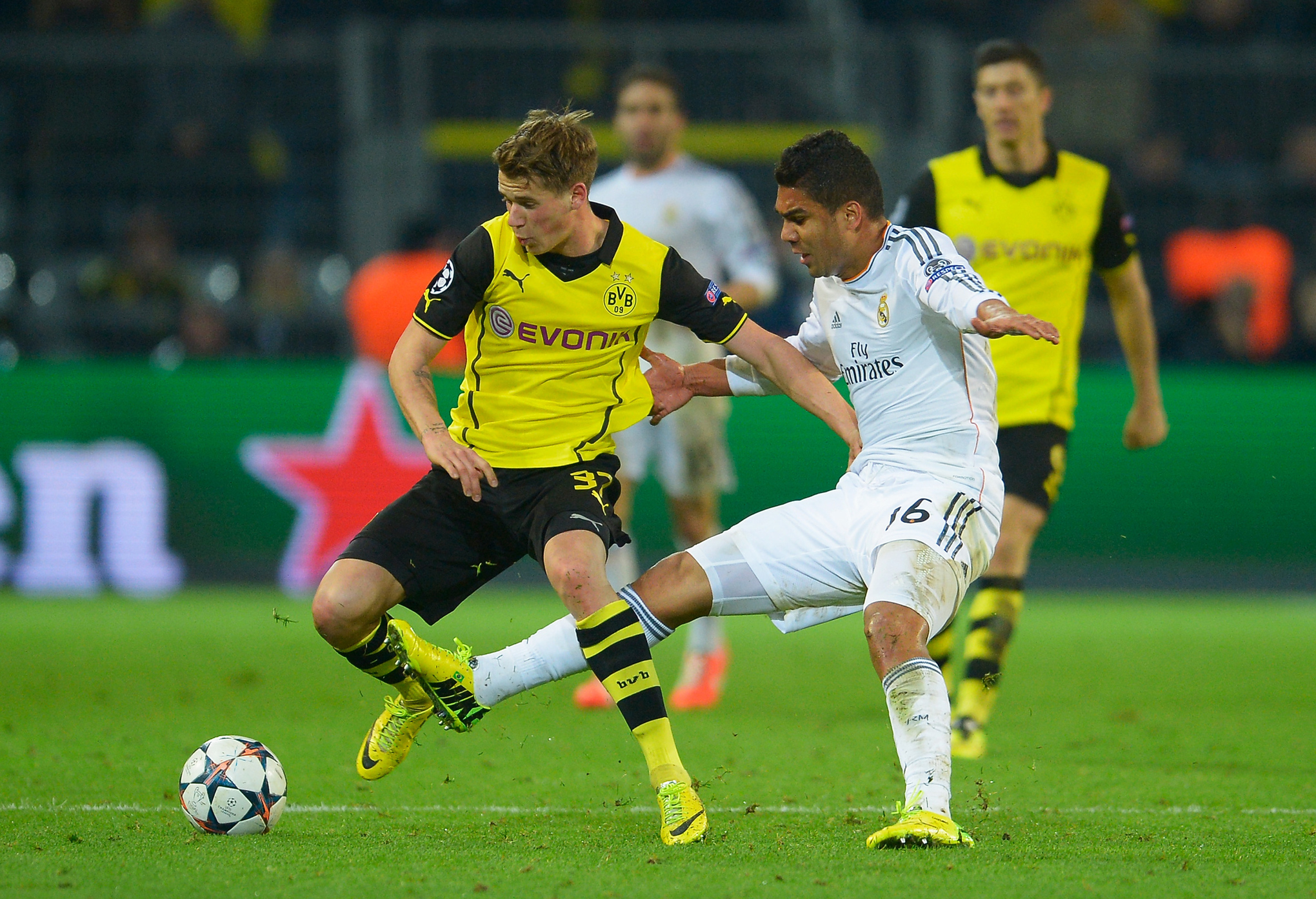 Moving Ángel di María back into an attacking role -- which he played before Carlo Ancelotti converted him to central midfield this season -- didn't go very well. But because of injuries, Ancelotti really doesn't have any other options. Ideally, he'd start Jesé on one wing with Gareth Bale on the other, but Jesé is out for the season. He'll likely deploy Di María in the attack again on Saturday against Almeria, and hope that his makeshift attack can build some momentum and confidence.

They're certainly going to need it, because despite Barcelona's defense issues, Real Madrid have failed to beat their rivals in two tries this season ... and those matches were played with Cristiano Ronaldo.