Clint Dempsey and Michael Bradley are back in the groove, but the domestic league has been a boon for Michael Parkhurst and Maurice Edu, too.

If you can manage it, think back a month ago. The chatter at the time was still about how Clint Dempsey was clearly not the player he once was. The United States captain was coming off a very disappointing loan stint at Fulham where he didn't register a single goal or assist and did absolutely nothing to help keep his former team out of the relegation battle.

Dempsey flying, but NY and Portland in trouble

Clint Dempsey and his U.S. teammate Michael Bradley have their teams doing well, but there aren't a lot of smiling faces in New York and Portland.

Dempsey flying, but NY and Portland in trouble

At the same time, Michael Bradley was opting for guaranteed playing time at Toronto FC instead of fighting his way off the bench at AS Roma and guys like Michael Parkhurst and Maurice Edu were returning to MLS with their tails between their legs after basically failing to play for almost a year.

Fast forward to today and suddenly Dempsey and Bradley are playing like the two best American players in the world, while Edu and Parkhurst are making compelling cases to be on the plane to Brazil.

Dempsey's turnaround may be the most telling and dramatic. Even after he picked up an assist in his first game back with the Seattle Sounders and then followed that up with a well-taken goal the next week, most of the attention surrounding him was the suspension he earned himself after slapping Mark Bloom in the groin.

But since returning from that suspension, Dempsey has been something else. He's been absolutely and unquestionably dominant.

It started with a hat trick against the Portland Timbers, leading the Sounders back from a two-goal, second-half deficit. Over the final 15 minutes, Dempsey basically grabbed the game by its neck and wrestled it into submission. During one 10-minute stretch, Dempsey out-shot the entire Timbers team 6-0, putting five of those on frame and scoring a pair of goals. He also mixed in a perfectly placed chip to Obafemi Martins that should have been an amazing assist.

Either way, you get the point: Dempsey seems to be playing as well as he ever has. And it couldn't be coming at a better time to ease some fears United States national team fans have been having.

The extremes are a bit less pronounced, but Bradley has enjoyed a similar resurgence as well.

After a promising start at Roma, Bradley was struggling just to get in the 18, which was why the prospect of joining what was a really bad Toronto FC team seemed reasonable. The decision was greeted by even more hand-wringing than Dempsey's decision about six months earlier, as Bradley is four years younger and might have better upside.

Dempsey seems to be playing as well as he ever has

Those concerns aside, Bradley has actually rediscovered some parts of his game that had gone dormant now that he's the focal point of everything TFC does. Bradley was a key cog in the Borussia Mönchengladbach and Chievo Verona teams he played for, but in Toronto, he's had the ball at his feet far more than at any time since he left Heerenveen.

The benefits of this were particularly obvious in the United States' recent friendly with Mexico, where Bradley was somewhat surprisingly deployed at the point of a diamond midfield. Especially during the first half, Bradley was amazing, threading passes and generally "looked as if he was the best player in the world," in the words of Mexico manager Miguel Herrera. Now, Herrera didn't necessarily mean for that to be taken entirely at face value, but it did highlight just how well Bradley played.

That Bradley is developing that part of his game also allows Klinsmann to add a new wrinkle to the U.S. attack, something that should come in handy against countries that will undoubtedly have the talent advantage.

But it's not just the top end of the U.S. roster that has benefited. 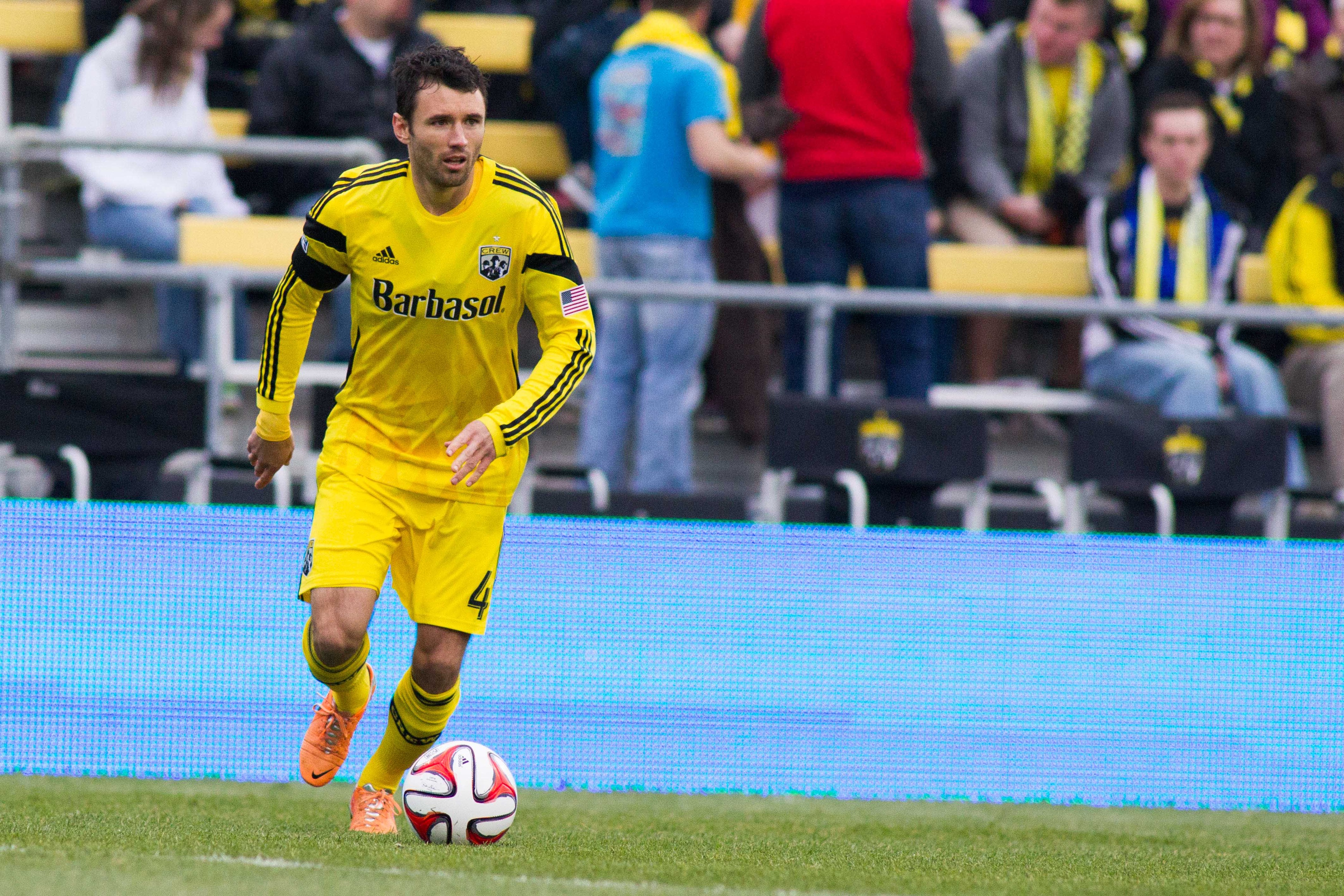 Edu and Parkhurst, in particular, were virtual national team afterthoughts a few months ago. Edu still has an uphill battle to make the 23-man roster for Brazil, but he's been the Philadelphia Union's best player this season and is showing that going almost a full calendar year between club appearances has not totally ruined him. Against Real Salt Lake on Saturday, Edu went head-to-head against presumably Brazil-bound Kyle Beckerman and actually looked to be the better player at times.

Parkhurst's turnaround has not been quite as dramatic, but the move to the Columbus Crew has been similarly positive. The versatile defender barely played during parts of two seasons in the Bundesliga, but has been arguably the Crew's most important player this year. As much attention as the Crew have received for their high-flying offense, it's Parkhurst's ability to be a rock center back that gives his teammates so much freedom to bomb forward with near reckless abandon. There's a better-than-zero chance that Parkhurst makes the Brazil roster and doesn't play a single minute, but having a player who can play anywhere along the back line frees Klinsmann to potentially bring one fewer defender than he'd otherwise take. So if, say, Julian Green does something meaningful in Brazil, it might be because of MLS in a roundabout way.

None of this is going to quiet the criticism from certain circles, obviously. There are always going to be people -- and, yes, Klinsmann may be one of them right now -- who would rather see aspiring national teamers fighting and clawing for minutes in top European leagues rather than playing in MLS, but it's hard to question any of their decisions right now.