Want to see what the new Anfield will look like?

For years, Liverpool have talked about expanding Anfield or building a new stadium. For a while, it looked like a new stadium would be the choice, but when John Henry bought the club, most thought he would try to renovate the existing ground like he did with the Boston Red Sox's Fenway Park.

Not long after taking control of the Reds, Henry said that the club would indeed renovate the 130-year-old ground and today, the first renderings of that overhaul were released. 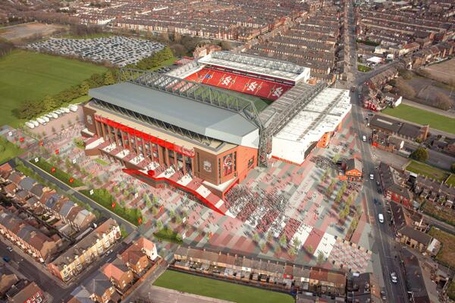 The renovation would bring capacity to around 54,000, which would put it just behind Arsenal's Emirates Stadium and Manchester City's Etihad Stadium, once that ground's expansion is completed. Tottenham Hotspur's new stadium is also expected to be around the same size as the renovated Anfield. 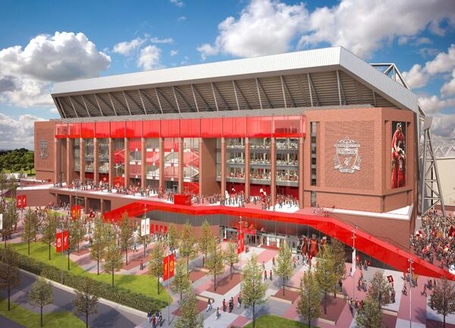 The renovation wouldn't just expand capacity. Just like Anfield needs more seats to bring in the type of matchday revenue that other clubs generate, it also needs expanded premium seating, which will also be addressed in the overhaul. 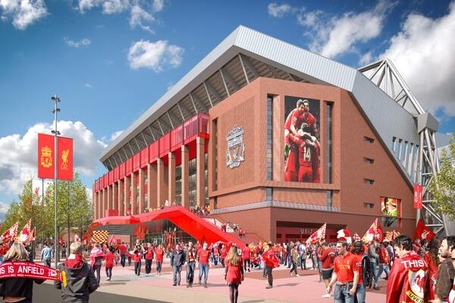 Liverpool have quietly been buying up homes across from the old ground and nearly have the land necessary to expand the ground. The plan is also to create a courtyard area outside the stadium, among other things. 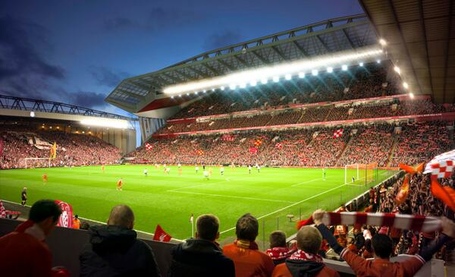 One area of the stadium that will go generally untouched is the Kop End. Liverpool fans have long wanted to see Anfield redeveloped instead of a new stadium and that's what they will get. Their beloved old stadium, Kop and all, will live.

Liverpool still need to solidify details of their redevelopment and submit planning applications, which they intend to do in the near future. In the meantime, look at the pretty pictures.