UEFA's Financial Fair Play regulations are a bit complicated. They also might have different consequences than the ones UEFA was shooting for. Let's get to understanding this monster.

Financial fair play. FFP. Get ready to hear those three letters repeated ad nauseam over the next few weeks. UEFA's Club Financial Control Body will soon announce the first-ever sanctions for clubs who have violated the oft-discussed but seldom explained financial regulations.

Don't know what it all means? That's fine. We're here to help!

When it attempted to boil FFP down to one sentence, UEFA went with with "financial fair play is intended to improve the overall health of European club football," which is nice and vague. Essentially, the regulations stipulate that clubs can't spend (much) more than they earn, and that there are punishments for clubs who fail to break even.

The most commonly held belief is that FFP, introduced in 2009, is a weapon to keep rich clubs from spending so much money. This is more wishful thinking than anything else. In reality, I think we'll soon find that FFP actually helps wealthy, established clubs and hurts smaller clubs, but regardless of where you sit with FFP, the regulations are here now, and every fan of European football should start learning what the regulations are and how they could affect their favourite club.

Why does it matter?

If clubs fail to follow FFP, UEFA has the power — probably — to do some quite nasty things to them. The biggest sanction that can be applied to clubs found to have violated FFP is exclusion from European competitions. That includes the Champions League, which would be a serious kick in the teeth for any club who missed out.

Which clubs are in trouble?

UEFA has requested additional financial information from 76 clubs, and about 20 of those clubs were thought to be vulnerable to sanctions. (Update: UEFA announced on Friday that investigations continue into nine clubs). Of those nine clubs, the two biggest are Manchester City and Paris Saint-Germain. Questions have been raised about whether some of their sponsorship deals are in line with FFP, and at present the two look vulnerable to sanctions.

What's wrong with their sponsorship deals?

From Article 58.4: "relevant income and expenses from related parties (i.e. anyone involved in the ownership group) must be adjusted to reflect the fair value of any such transactions."

This means that if an owner overpays for sponsorships, tickets, etc., the value of the transaction will be adjusted down to "fair market value" when UEFA starts reviewing the financials of each club. Of course, "fair market value" isn't easy to define, and it will be left to the CFCB to decide on figures for every related party transaction.

Manchester City's 10-year, £400 million naming rights deal with Etihad could very well be considered to be fair market value. PSG, however, entered into a sponsorship deal in January 2013 with the Qatar Tourism Authority (QTA) for an estimated €200 million per year (£165 million or $277 million). PSG is owned by the Qatar Investment Authority (QTI), which in turn, owns the QTA. Not only is the sponsorship deal several times what can reasonably be considered fair value, PSG actually tried to backdate the sponsorship agreement on the previous year's books. For details, see these excellent articles by Ed Thompson and Daniel Geey.

In other words, teams trying to avoid FFP by essentially sponsoring themselves are probably going to find themselves in trouble.

What sanctions may be imposed?

There are nine possible sanctions that clubs may face:

These two amount to nothing more than a written statement expressing disapproval in the club's spending habits. Nothing to worry about here.

Most clubs would treat a fine like luxury tax for going over the salary cap — simply the cost of doing business for fielding an expensive team. UEFA has not provided any guidelines on how fines will be calculated, but most owners will not have any problem paying the fine. In the cases of clubs with ultra-wealthy owners like PSG and Manchester City, even a fine of £30 million ($50 million) is unlikely to deter them from spending at will. And the fines won't be that high anyway.

4. withholding of revenues from a UEFA competition

This is essentially a fine with better calculations than we just saw. Between performance awards and broadcasting revenue, participating clubs in European competition will share £921 million (over $1.5 billion) in revenue for 2013-14, with 81 percent going to Champions League participants. UEFA could theoretically fine a club a certain percentage of the revenue earned from performance, but it's unlikely that UEFA would risk attempting to take a club's broadcasting revenue away.

Here's where the sanctions start getting serious. The deduction of points would most likely be applied to points accrued during the group stage of whichever competition the club finds itself in (the Champions League or the Europa League). Depending on the number of points docked, this sanction would render advancement to the knockout rounds difficult to nearly impossible.

7. restriction on the number of players that a club may register for participation in UEFA competitions

Clubs hit with either of these sanctions would face problems relating to squad depth and tactical diversity on the pitch. The inability to register new signings for European competition is self-explanatory, but the player restriction could use more detail. Currently, teams are allowed to register up to 25 senior players in the Champions League, and it's not clear how many spots UEFA would take away if this punishment is invoked.

8. withdrawal of a title or award

This sort of sanction amounts to nothing more than fodder for rival supporters to tease you with.

9. disqualification from competitions in progress and/or exclusion from future competitions

This is the sanction most people associate with FFP, but it is extremely unlikely that UEFA would disqualify a first-time offending club with a wealthy owner from European competition for overspending.

This sanction will likely be reserved for 1) repeat offenders who do not take steps towards compliance or 2) a situation where a club falsifies the financial documents it sends to UEFA (which would be very surprising). 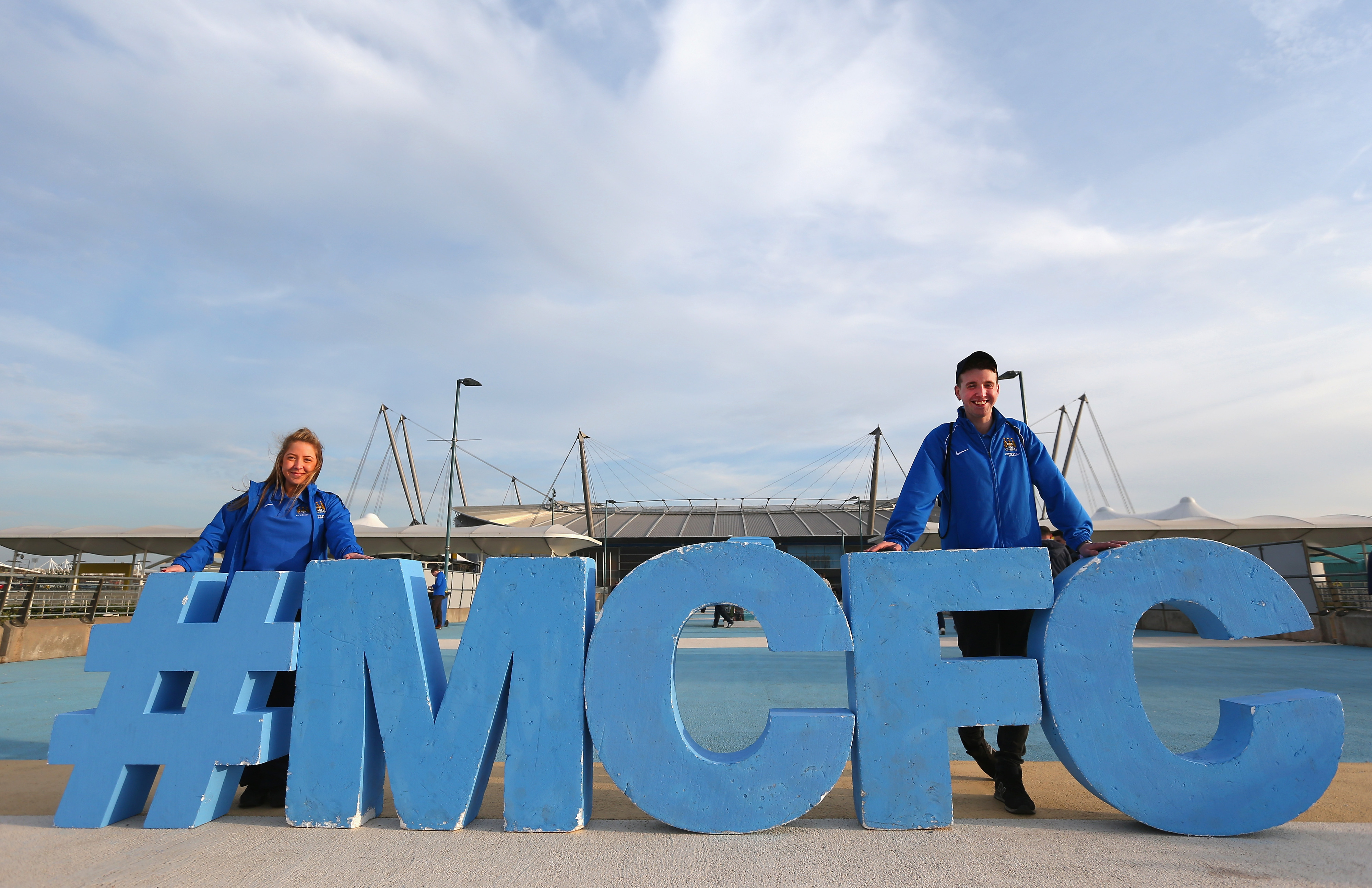 Will any club face a ban from the Champions League?

Directly from the mouth of UEFA president Michel Platini, "if you are expecting blood and tears and you will be disappointed. There will be some tough things but no exclusions from European competition."

While Platini is likely correct that clubs won't be banned from the Champions League or Europa League this year, he's not the one making the decision. That responsibility falls to the CFCB, which met for deliberations in mid-April and will be doing so again at the beginning of May.

So how does the CFCB determine which clubs are set to be punished?

FFP accounting is very different than the standard accounting practices clubs use when submitting their annual reports. There are a number of write-offs clubs can utilise — expenditure on academies and infrastructure (such as building a stadium) — can be ignored. The biggest expenditure, of course, is player cost. And that definitely can't be ignored.

How are player costs calculated?

FFP accounting works differently to the way most fans understand player cost. Let's use a recent example to understand how this is handled. Warning: This is a little bit in depth.

Why £23.6m? Well, Chelsea originally purchased Mata from Valencia in the summer of 2011 for £23.5. He was signed to a five-year deal at around £67k per week. When Mata signed the five-year deal, the £23.5m transfer fee was amortised over the life of the contract for accounting purposes.

Soccer, fire and a game at the world's crossroads

Amortisation is the process by which an expenditure is paid off over time on the books, and it is a uniform accounting practice employed by football clubs (i.e. it's not just something Chelsea decided to do on its own to make the books look better).

Mata's transfer fee, then, was reduced to £4.7m annually (£23.5m spread evenly over five years). When a player is sold, however, his entire book value becomes due. Put simply, book value is the remaining portion of the transfer fee that has not yet been accounted for on the books due to amortisation.

Chelsea also has to account for Mata's wages during the first half of the 2013-2014 season, which reduces the profit by another £1.75m. Therefore, for the purposes of FFP accounting, Chelsea's total profit on the Mata sale is £23.6m, which ironically, is almost exactly what Chelsea paid for Mata. Chelsea will record the entire £23.6m profit from the sale on the 2013-2014 financial statement.

With regards to Juan Mata's cost to Manchester United, he costs the club £8m during the 2013-14 season, and £16m in each of the next four seasons.

Mata signed a 4.5-year deal and is earning £150k per week at United. The £37.1m is amortised over Mata's deal, and works out to around £8.2m per year (transfer fee divided by length of contract). The amortised transfer fee combined with Mata's wages (£7.8m per year) makes for an annual cost of £16m. Since Mata was transferred to Manchester United halfway through the season, his 2013-14 cost is prorated at £8m. So, while Manchester United's actual outlay for Juan Mata this season adds up to £41m (£37.1m transfer fee plus £3.9m in wages), his FFP cost is only £8m for 2013/14.

To make a long story short, FFP costs are radically, radically different from the way football fans are used to thinking about player costs. Length of contract and wages are just as important as transfer fees.

When will sanctions be announced?

During the first week in May.

I've heard that these regulations might not even be legal. What gives?

UEFA has deferred the decision-making to the CFCB, which it holds out to be an independent panel. In theory, this would help insulate UEFA from legal challenges arising out of CFCB decisions, but it remains to be seen if a European court would define the CFCB as independent of UEFA.

However, clubs also could challenge the very legality of the regulations under European Union law. The legal issues involved are fairly complex and there are lots of different opinions out there.

UEFA does not want to be taken to court by a club it sanctioned for violating FFP. As such, UEFA recently added settlement provisions to the regulations. The settlement provisions allow UEFA to offer reduced sanctions to entice a club to quietly accept the lesser penalty, rather than pushing back in court.

I'll spare you further details, but for those interested in the legal issues and the legal challenge to FFP that has already been mounted see this excellent article written by Daniel Geey, a noted attorney in the Competition and EU Regulatory Law Group at Field Fisher Waterhouse. Daniel also recently spoke to Beyond the Pitch about FFP legality and enforcement, and I highly recommend giving it a listen.

Wow, this is really interesting. Where can I learn more about FFP?

I'm not sure that many of you will be asking yourself this question, but we cover all the bases here at SB Nation.

Ed Thompson runs an excellent site dedicated to financial fair play, and while all of his content is excellent, I recommend starting here.

The Swiss Ramble maintains an excellent football finance blog and while he doesn't post often, when he does, his articles usually become the leading authority on that particular topic. He also can be found on Twitter where he posts more regularly.

Other excellent resources include Sporting Intelligence, Law in Sport, and the Soccernomics blog maintained by Stefan Szymanski, Simon Kuper and Ben Lyttleton.