Jurgen Klinsmann has his team for the World Cup, and Landon Donovan isn't part of it.

Jurgen Klinsmann has already cut his World Cup roster from 30 to the final 23, U.S. Soccer announced on Thursday. And Landon Donovan did not make it.

The greatest American soccer player ever isn't going to Brazil.

That Donovan didn't make the team isn't a gigantic surprise. He has been in poor form for the LA Galaxy and hasn't been a key figure under Jurgen Klinsmann. He needed to have a strong training camp to make the team and, apparently, did not have it.

Amazingly, Donovan missing out on the team isn't the biggest surprise. That honor goes to DeAndre Yedlin, who beat out Brad Evans and Michael Parkhurst at a fullback spot. As tantalizing as the 20-year-old is, most figured he wouldn't have developed quickly enough to beat out veterans like Evans and Parkhurst, but Klinsmann thinks that he has made enough strides defensively and his pace will be an asset against the likes of Cristiano Ronaldo and Andre Ayew.

The cut of Goodson means another youngster, John Brooks, did enough to make the squad, while Geoff Cameron is presumably an option in the midfield if Maurice Edu was cut. Terrence Boyd's cut also cleared the way for Chris Wondolowski to make the team.

Maybe most fittingly, as the U.S. moved into a post-Donovan world, one player who is going to play as a forward or winger -- Donovan's positions -- is 18-year-old Julian Green. The German-American just committed to the U.S. in April and is now going to the World Cup as one of the Americans' brightest young players, maybe in Donovan's place. 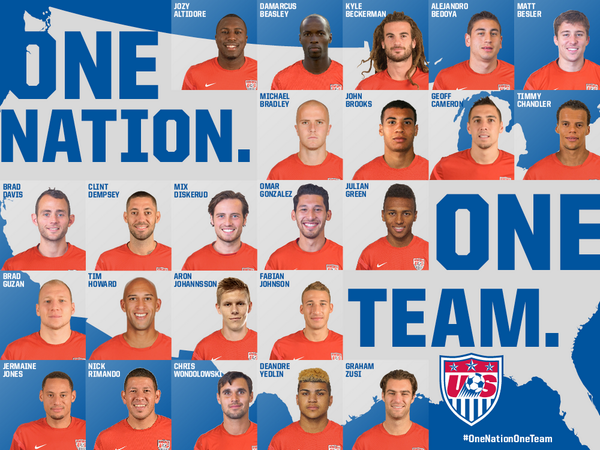