Why Landon Donovan's legacy couldn't carry him to the World Cup

The greatest American soccer player ever isn't going to Brazil, and it's because he didn't earn his place.

Share All sharing options for: Why Landon Donovan's legacy couldn't carry him to the World Cup

Four years ago, Landon Donovan was a hero. He started the United States' comeback agains Slovenia, resuscitating the Americans' World Cup dream. Just a few days later, he fired them to the top of their group for the first time in decades.

Jurgen Klinsmann left Donovan off his World Cup roster, ending a strange cycle for the country's all-time leading scorer. He was benched in the 2011 Gold Cup, only to come back and score in the final, which the U.S. lost. He won back-to-back MLS Cups with the LA Galaxy, then took a sabbatical and went to Cambodia without a return date. He finally made his U.S. debut under Klinsmann last summer and was the Gold Cup's joint-leading scorer, but then fell off and has been horrible over the last 10 months.

The Internet is mad about Landon Donovan

Whether or not Jurgen Klinsmann's decision to leave Landon Donovan at home is justified, Twitter has made up its mind.

The Internet is mad about Landon Donovan

For every step forward that Donovan took, he took another backwards. While other players were playing one and two matches a week, Donovan was on the other side of the country or talking about how he couldn't give it his all in training anymore as his body began to let him down.

It's easy to dismiss Donovan's fall as that of a player who fell out of love with the sport and lacked the desire possessed by his competitors. It might even be true, especially considering he admitted to losing his fire. That his reputation is that of a soft player who hid in the safety of MLS instead of challenging himself abroad -- nevermind two stints at Bayer Leverkusen, another at Bayern Munich and two successful loans at Everton -- doesn't help his case there. But rather than chalking Donovan's omission to his mentality, the more likely explanation is that he was simply undone by his age. Father Time always wins.

The wear on Donovan's body is undeniable and it shows. While he was spectacular in the Gold Cup, he struggled down the stretch for the Galaxy last season and hasn't been any better this season, failing to score and tallying just two assists. His appearances for the U.S. haven't inspired much confidence either -- the 32-year-old has rarely put in a good shift since his scintillating spell last summer. 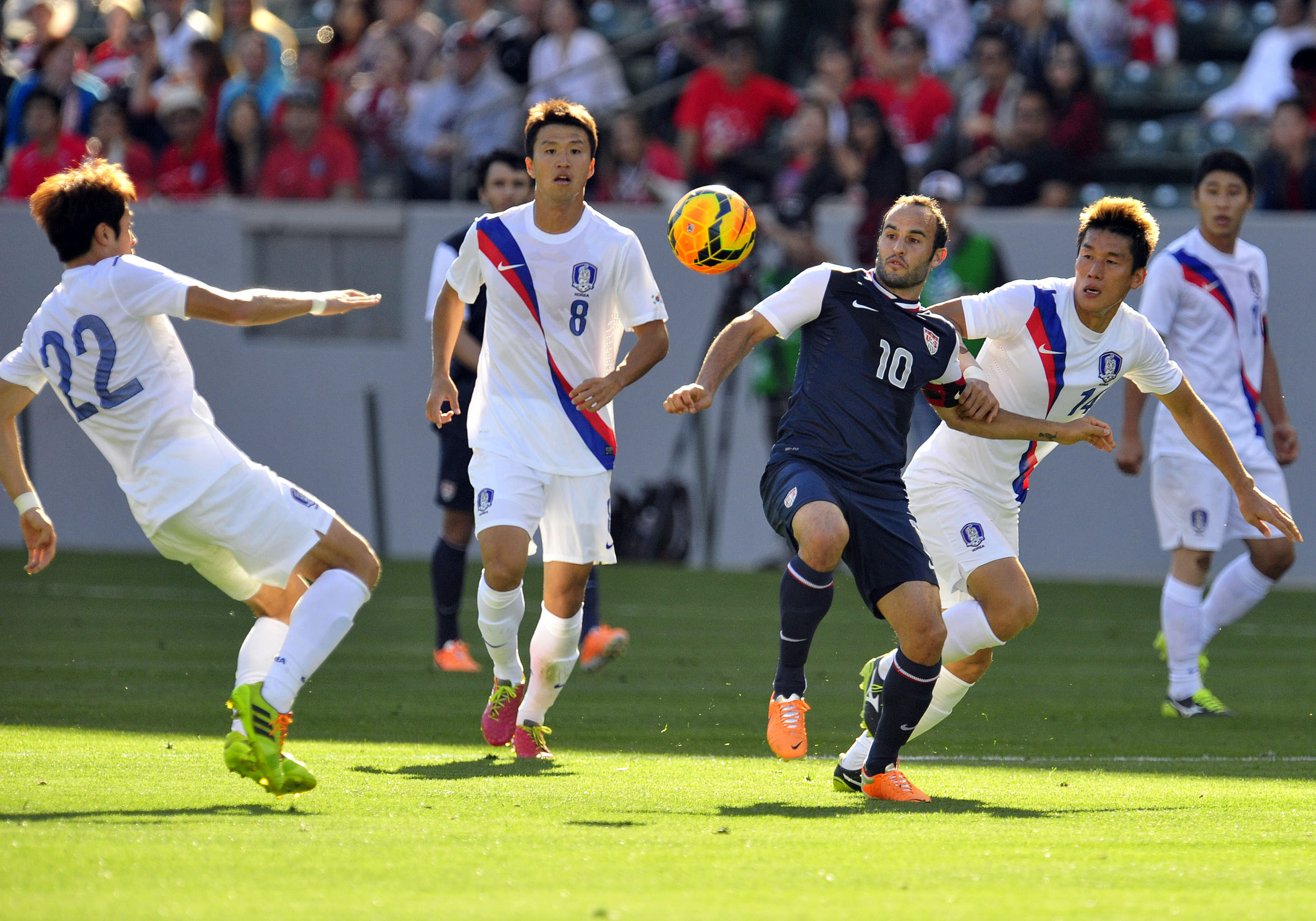 Donovan couldn’t save himself at Camp Cupcake. Gary A. Vazquez/USA Today Sports

For most of Donovan's career, he lived off his pace and stamina. He wasn't just one of the fastest players on the pitch, but he could play at that breakneck speed for 90 minutes. Even though he racked up goals, he was never a brilliant finisher and his passing wasn't otherworldly. He was fast, fit, tough and extremely smart.

Now he's not so fast anymore, and his fitness is waning on top of that. He is still tough and smart, but that alone isn't enough to make him a great player. Klinsmann always had doubts about the aging Donovan, forcing him to earn a place back on the team a year ago and making it clear that no amount of history would be enough for Donovan to walk onto the World Cup team.

Donovan had to earn his place on the plane to Brazil. He didn't.

It's not for lack of effort or caring that Donovan will spend the World Cup at home. It's simply a matter of form and circumstance.

People can trot out names like Julian Green and Timothy Chandler, questioning their lack of experience, proven talent or commitment, but neither were Donovan's competition for a spot on the roster. Green, while he may contribute this summer, is a future project, while Chandler is a defender at a troublesome spot. Donovan's real opponents were Brad Davis and Chris Wondolowski, one player who is a dead ball specialist with a great cross and another who has been scoring at a higher rate than anyone else in MLS for years. Considering Donovan's form, he didn't have much of a case.

The last four years have been fraught with disappointment for Donovan in a U.S. shirt. Be it his benching in 2011, his absence in 2012, his fall at the end of 2013 or his inability to keep up in 2014, Donovan has lived off his reputation -- a deserved one -- while giving Klinsmann far more reason to be skeptical than optimistic.

When Donovan scored to beat Algeria in 2010, the best player the U.S. has ever produced reached a peak. He had gone from starlet, to 2002 World Cup darling, to 2006 World Cup goat, to 2010 World Cup hero. That month in South Africa was, and will always be, Donovan's high point -- the moment that is replayed over and over in the hearts of American soccer fans.

Now, it is unlikely that Donovan wears a U.S. shirt in a competitive match again. An era, maybe the defining era of American soccer, has come to an end. As puzzling or abrupt as the end of the line may be, it was in the offing. And come 2018 or 2022, that end will have been forgotten, but the 15 years before it never will be.