Whether or not Jurgen Klinsmann's decision to leave Landon Donovan at home is justified, Twitter has made up its mind.

Share All sharing options for: The Internet is not pleased Landon Donovan was left off the World Cup roster

After the initial shock of a USMNT side at a World Cup without Donovan for the first time since 1998 wore off, Twitter reacted to this in three ways, which I've listed in ascending order of popularity.

1. This was a move Jurgen Klinsmann made to make his team win, and we're okay with that.

Apparently no one has actually been watching Landon Donovan play recently.

Y'all know that Jurgen is trying to win, right? If Donovan was one of the 23 best, he would've made it.

Landon Donovan did not make the World Cup team, presumably because he has not been good at soccer in a long time.

Just gonna leave this here: http://t.co/oHstMWIkOe Thanks for everything, @landondonovan. 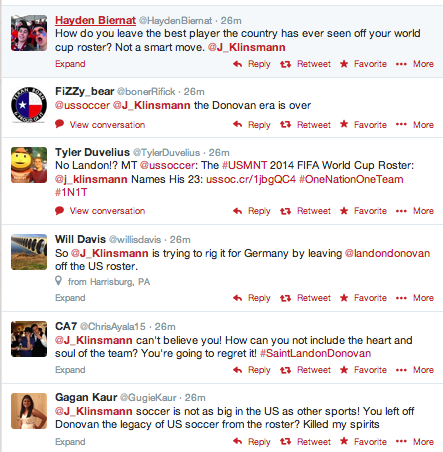 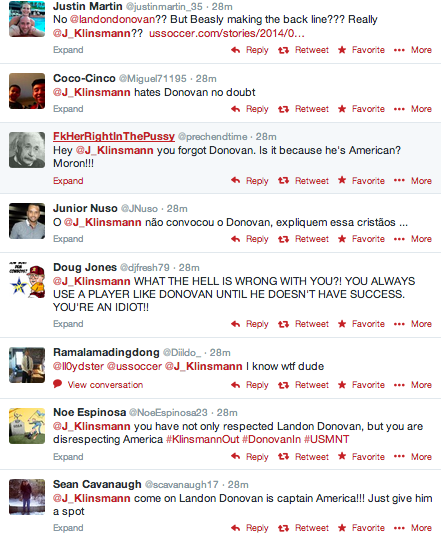 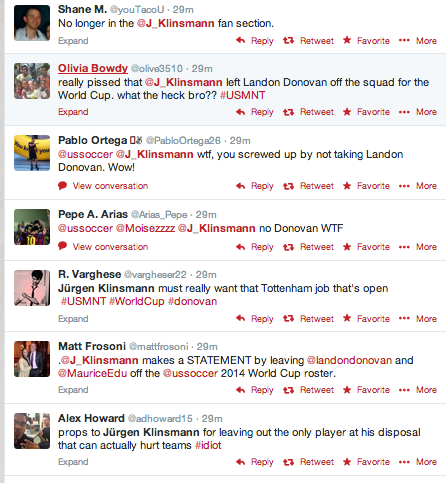 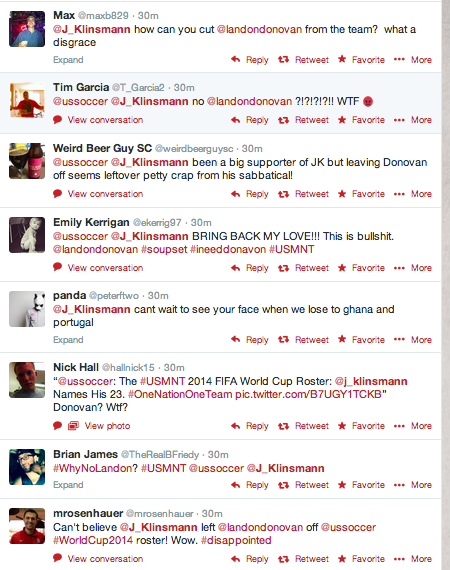 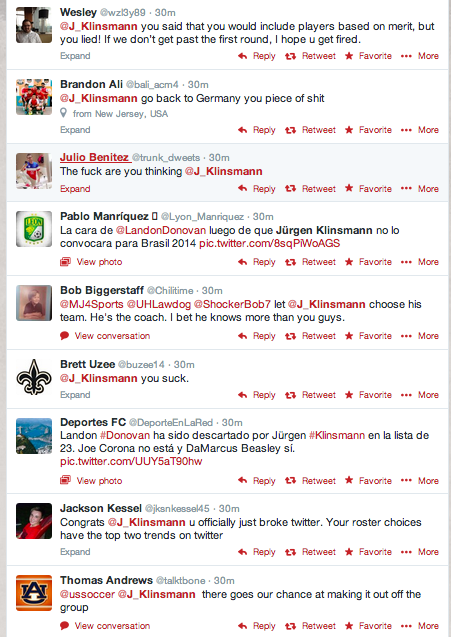 Perhaps USA will do well in Brazil, and these people will have to eat their words. Perhaps they'll fail, and if it does happen, none of us could possibly know whether their failure was caused by the exclusion of an admittedly past-his-prime superstar.

But the vast majority of public opinion was quick, immediate, and angry, like a crowd of bystanders watching crooked cops haul away a framed superhero in a movie. For now, we'll hold Landon in our hearts, and hope the 23 guys going to Brazil make a dent.