There are few kits in the football world that are more recognizable than AC Milan's famous vertical black and red stripes. With a look that iconic, it is very difficult for both the manufacturer to make dramatic changes without near-universal uproar. Typically, AC Milan's home kit makes use of alternating stripes of the same or similar width. This time around, it's just a little bit different. 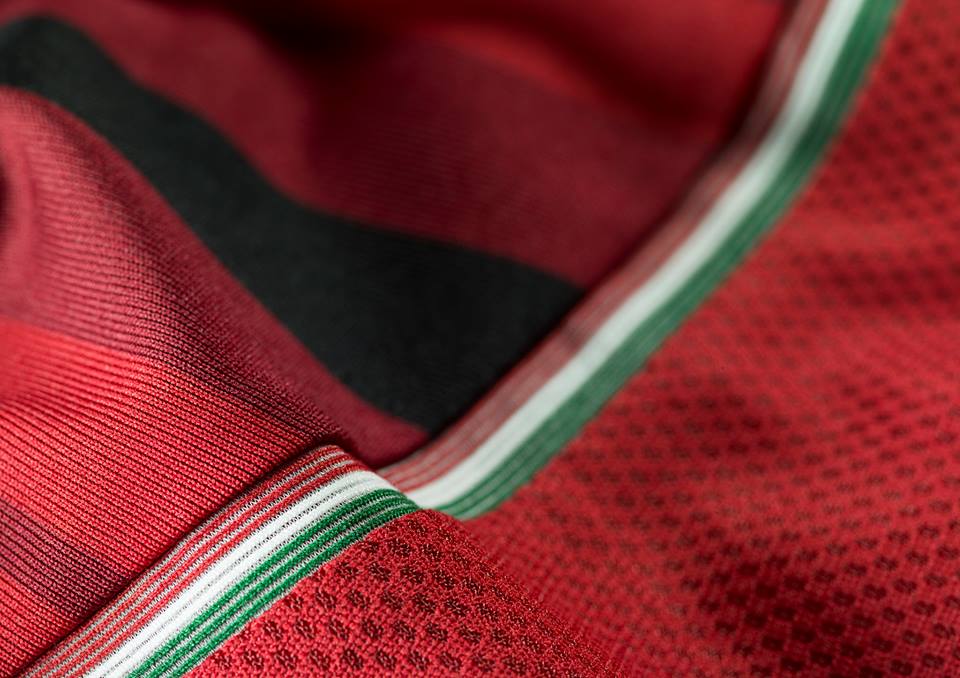 Using a template close to Germany's World Cup away kit, Milan's new home attire ditches the stand collar in favor of a rugby-style look with a pair of buttons. The vertical stripes are different width to form the body with one thick black stripe running down the center and two thinner ones flanking it. The red stripes are comprised of a number of thinner stripes and different shades of red. The colors of the Italian flag run across the shoulder blades on the back of the shirt. 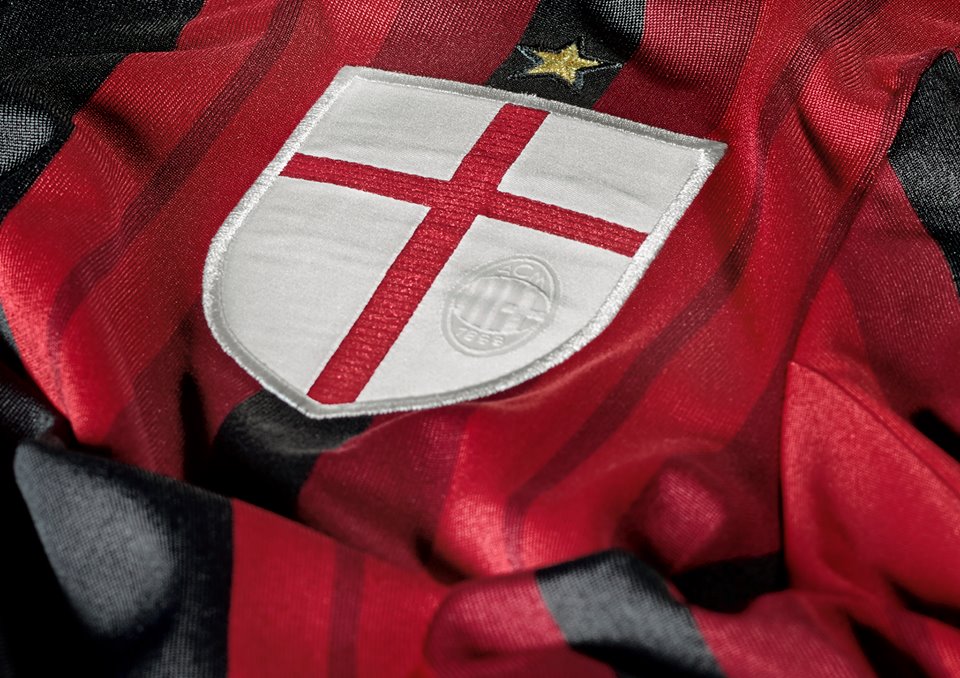 Perhaps the biggest story of the new home kit is the fact that AC Milan's traditional oval-shaped badge has been (mostly) removed. In its place, fans will find an oversized St. George's Cross contained in a shield with a single star above it. The oval club crest appears as a single color inlay in the bottom-left quadrant of the badge.