Raheem Sterling didn't score on a shot from distance, but everyone thought he did.

Share All sharing options for: The BBC thought England scored on Italy

Raheem Sterling's shot from distance early in the England match against Italy had nearly everyone convinced it was a goal.

It REALLY looks like the ball went in, but it didn't...and thus it fooled a lot of people, including the BBC. 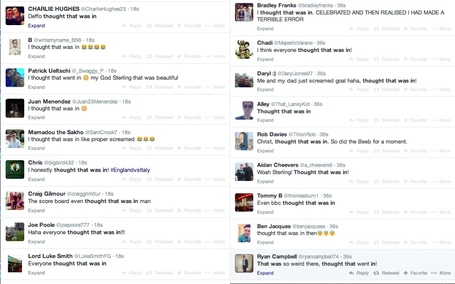