The story behind American Outlaws' Amazing Race to the World Cup

The American Outlaws had chartered flights to Natal, but 14 members couldn't get on the planes. Instead, they took a strange three-leg journey and argued with customs. This is their story.

Share All sharing options for: The story behind American Outlaws' Amazing Race to the World Cup

Natal, Brazil -- Three years of planning had gone up in flames. 14 members of the USA's biggest supporters group had been left off the group's plane to Brazil and had to figure out how to get from Houston to Natal in just two days.

Their journey was dubbed the AOmazing Race.

The American Outlaws had two charter flights going from Houston to Natal for the World Cup. The first left and made it to Brazil without a problem, but the second required maintenance and couldn't get off the ground. With that aircraft unable to fly, they called on another, but the only one remaining had fewer seats then the original. They were 14 seats short.

Instead of flying out on Friday night as planned, 14 people -- all volunteers -- had to get ready for a commercial flight the next day at 6 a.m. to Miami, immediately followed up up by a jump across the Caribbean to Trinidad and Tobago. There, the charter company’s president’s private plane was supposed to be waiting for them to take them to Natal. The plan was for them to land at midnight.

They didn’t even come close. 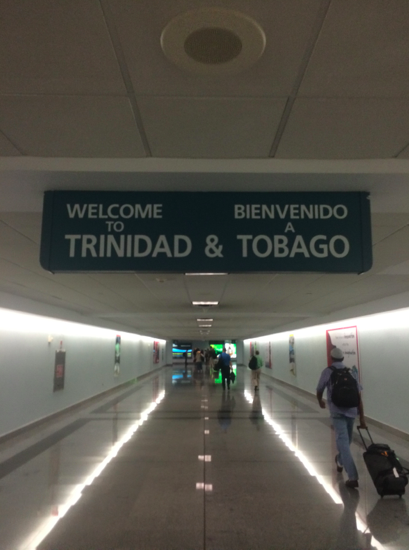 By the morning, the flight to Miami was canceled. The 14 ended up going straight to Port of Spain, but when they arrived the plane that was supposed to be awaiting them wasn’t there. And without a plane or a commercial flight, they couldn’t get through customs.

Customs officials required a flight number for the self-dubbed AO14 to be allowed into the country, but they, of course, didn't have one. They explained their story, but it didn’t work. Customs were firm in saying no, until one of the 14 finally offered up their passport, telling the customs agents they could keep it until they had a flight number.

That flight number did eventually arrive, but it wasn’t the charter they were supposed to be on. Instead, they had been booked onto a Caribbean Air flight -- to Georgetown, Guyana -- without their knowledge. Prospects looked good to at least get to the correct continent ... and then they found out that a person not with the group was on the manifest, which threatened to keep them off the flight.

"That was the first time I didn’t think we would make it," Cody Arnold, part of the AO14 said. 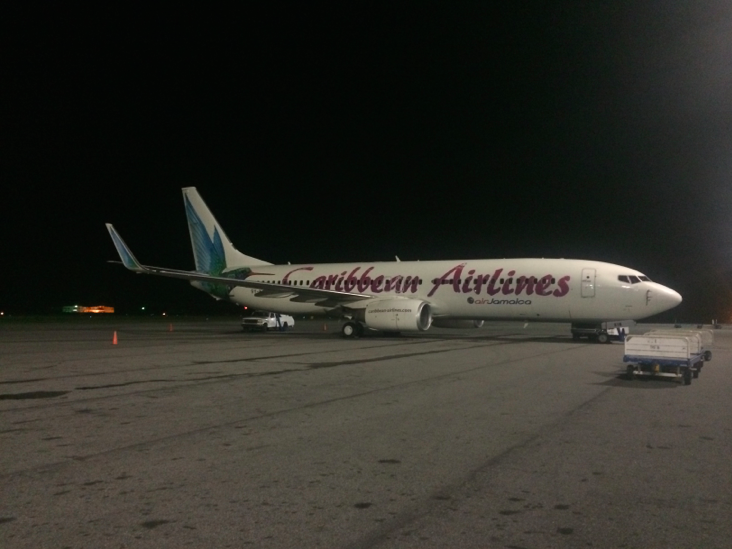 After 45 minutes, they finally got the extra name off the manifest and everyone was allowed to board. The plane took off on time and they got to Guyana, where another charter was supposed to be waiting for them. It wasn’t.

"Landing in Guyana with no plane, I started losing hope," said Rob Westhelle, another member of the trip.

By the time the AO14 landed in Guyana, it was nearly midnight on Sunday, which is when they were supposed to be in Natal. The airport was closed, but they were able to lie down in the executive lounge thanks to the kind souls who were working there.

The charter, they were told, was late, but it would be there soon. This was, at best, completely untrue. The plane, which was already in Natal, didn’t even leave to go back to Guyana for them until 4:40 a.m.

"The real moment of worry was at 6 when there was no plane," Arnold explained. "We had no hope. It was over."

Meanwhile, the pilots for the AO14’s leg to Natal were in Miami. Just as they were going to check into the hotel, they were told to go to Trinidad and Tobago, where they would catch a flight to Guyana to take the AO14 to Brazil.

Of course, the AO14 didn’t know this at the time. Told that they would leave at 6 a.m., the group decided to grab a few hours of sleep. But when they awoke, they weren’t any closer to leaving.

"The real moment of worry was at 6 when there was no plane," Arnold explained. "We had no hope. It was over."

Finally, at 9:30, a plane finally pulled into the gate. It was their plane and they had their pilots.

"When the planed landed, there was a giant sigh of relief," Arnold said with a smile. "We were all so relieved just to see a plane."

After the plane refueled, the 14 were finally in the air at 10:30. The scheduled arrival time? 3:30 local, which would get them there in time for the game.

And then Mother Nature intervened. Thunderstorms -- big ones -- over Brazil's north coast forced the plane to take a circuitous route, delaying arrival by another hour. By the time the AO14 made it to Natal, they only had two and a half hours to get to the match.

By this point, it was difficult to believe that anything would go right. Even after making it to Brazil, they figured they would be stranded at the airport.

"When we landed, would the bus even be there?" Westhelle remembers worrying.

Perhaps surprisingly, it was. But Natal's airport, opened this May, is a lot further away than the one it replaced. That added another 45 minutes -- and the minutes were getting very tight -- to the trip. At this point, the only way they were making kickoff was by skipping the hotel and going straight to the match.

A street party was capped off by a triumphant showing by the U.S. Men's National Team.

As soon as the bus hit the city, the exhausted, frustrated group were presented with another obstacle: the traffic. They were less than a mile and a half from the stadium, but they were going nowhere, locked in a sprawling, monster jam in the heart of Natal. With an hour until kickoff, the 14 made the only choice they could: they walked.

Somehow they made it through the throngs of people around the stadium in good time, somehow security didn't throw up any last-minute issues to derail their plans once again. 20 minutes before the match began -- 21 minutes before Clint Dempsey had them screaming in joy -- the AO14 were in their seats. The journey from Houston, by plane, bus and foot, had taken 56 hours, but the AOmazing Race was finally over.

90 minutes later, the USA were victorious and John Brooks had become an American Hero. And the AO14, exhausted from the travel but deliriously happy with the win, had watched every minute live.

"It was the greatest feeling ever," Westhelle said. "So worth it. 100 times over."

All photos by Cody Arnold.