Japan fans clean up after themselves, are the best

Share All sharing options for: Japan fans clean up after themselves, are the best

NATAL, Brazil -- You would think that the blue trash bags that the Japan fans bring to the stadium are for a tifo, or to keep them dry in the rain, but you would be wrong. The trash bags are so they can clean up after themselves when the match is over. 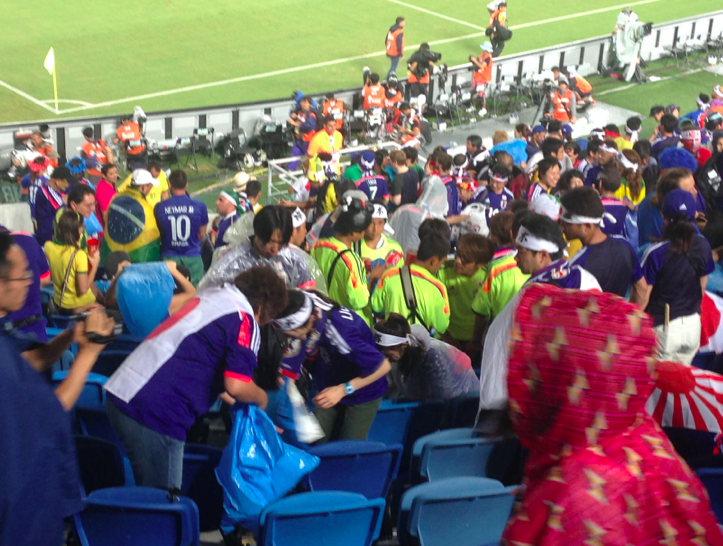 Japan's fans walked into the match with big trash bags, watched their team slump to a disappointing draw against 10-man Greece, and then cleaned up their own trash. Beer cups, Coke cups, chip bags and anything else ended up in the trash bags they waved around all match before being dropped in the trash cans after the match.

The stadium was nearly empty by the time the Japanese were done cleaning up. There were old men and women, young people, people dressed as Pikachu, people with face paint and everyone in between making sure their sections were as pristine after the match as they were when they walked in.

At least Japan will win the Nicest Fans award.