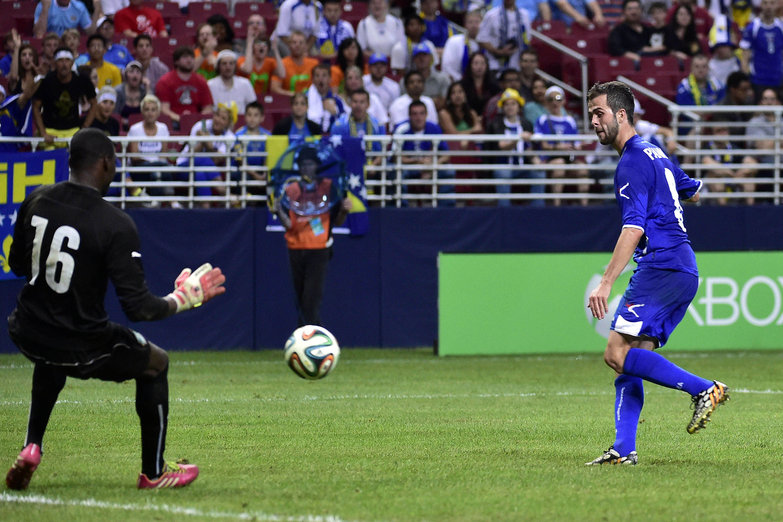 Bosnia and Herzegovina impressed against Argentina with some solid defending and swift, smart movement in midfield, but they still find themselves at the bottom of Group F after the first round. The match against the Albiceleste was never going to be do-or-die for the World Cup's only debutantes, but Saturday's game against the Super Eagles really will have the air of a decider. And that's where Miralem Pjanić needs to step up. The Roma midfielder is central to this Bosnia side's attack, arriving in unexpected positions and making incisive use of the ball, and he'll be one of the key players in breaking down Nigeria's defence. If he's on, we could be about to see Bosnia's first-ever World Cup win.