Honduras and Switzerland will meet Wednesday with fates unknown. No team in Group E has yet to punch its ticket to the knockout round of the World Cup.

Heading into the final slate of Group E games, the fates of all four teams have yet to be determined. Granted, France look well on their way to the knockouts, three points clear at the top of the standings and six goals ahead of its next closest competition on goal differential. But elsewhere, things are rather less predictable.

Ecuador and Switzerland are currently level at three points, with the former edging just ahead of the latter on goal differential. Honduras, meanwhile, have yet to pick up a point, but they too aren't mathematically eliminated. Wednesday's matches should be plenty entertaining. 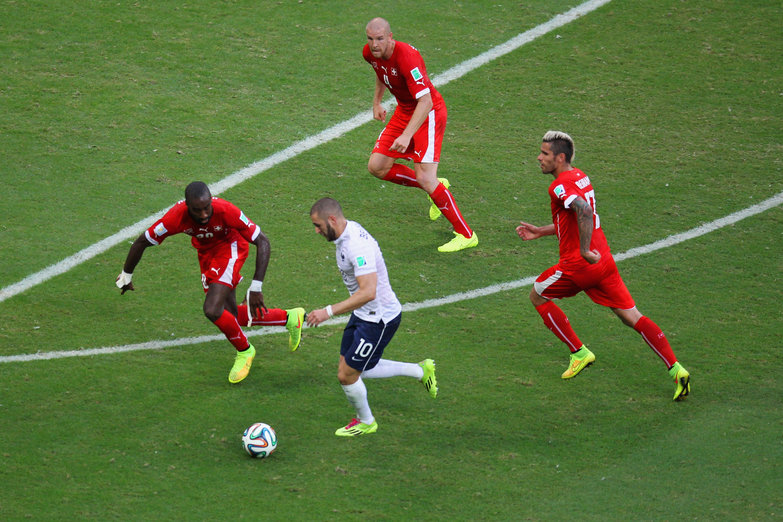 Honduras manager Luis Fernando Suárez will get midfielder Wilson Palacios back after he was sent off for a second bookable offense in the opening match against France. He'll likely return straight into the starting lineup, which is slightly alarming for the health of the Swiss players. Expect the challenges to be rough in the midfield. Elsewhere, Honduras aren't expected to make many surprise changes. Suárez will likely keep both Carlo Costly and Jerry Bengtson up top, giving Honduras firepower in a situation where they effectively have nothing to lose by playing a little more offensively.

Switzerland coach Ottmar Hitzfeld has some rather more difficult decisions to make after he watched his changed lineup mauled 5-2 by France last week. His only enforced change is the absence of center back Steve von Bergen, who suffered a facial injury in that defeat. Fabian Schär or Philippe Senderos will replace him. Elsewhere, Valon Behrami will likely edge Blerim Džemaili to a start in the midfield, and Josip Drmić could come in for Haris Seferović up top. 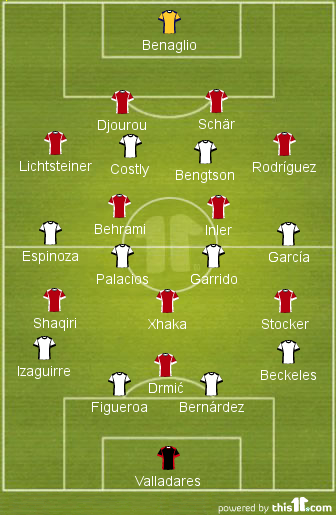 Switzerland's attacking midfielders vs. Honduras' banks of four - Honduras play a very rudimentary 4-4-2 formation, which can prove problematic when the midfield and defensive lines are pulled too far apart. Switzerland will have three players looking to take advantage of this space. Granit Xhaka and Xherdan Shaqiri, in particular, are masters of exploiting from such a gap with great vision, passing and dribbling abilities. If Honduras lose their discipline, they'll be punished here.

Won't be near a TV when Switzerland play Honduras? We can help.

Honduras' aerial threat vs. Switzerland's center backs - Honduras are as simplistic going forward as they are at defending, if not more so. They'll look to play deep crosses and long balls up towards their two big strikers in hopes that they will be able to fire off shots on goal and pick up second balls and flick-ons. Dealing with such a job would be easy for elite defenders, but Johan Djourou and Senderos have both made big mistakes at the World Cup so far, and will have to be extra vigilant. Hitzfeld may well opt to play Schär at the back instead.

Switzerland haven't looked at their best at the World Cup thus far, though their attacking players look perfectly suited to take advantage of Honduras' big technical deficiencies. Expect the Swiss to pick up a win that will almost certainly guide them through into the knockout stages. 3-0, Switzerland.