Some may not appreciate Jurgen Klinsmann's pursuit of dual-nationals, but it gives the roster a quintessentially American vibe.

Ever since Jurgen Klinsmann took over the United States national team, much has been made over his pursuit of dual-nationals. While Klinsmann's predecessors called in their fair share of players without solid claims at being "real" Americans -- how's that for a loaded phrase? -- the former German national team player and coach has gone out his way to convince players who might otherwise represent another country to strip on the Red, White and Blue.

A quick glance at the United States' World Cup roster illustrates the point: Seven of the 23 players were either born or raised outside of the United States. Although there's not an exact overlap, seven of the 23 players also expressed some openness to representing other countries before committing to the USA during this cycle. If there is a legitimate critique of the squad Klinsmann has assembled, it's that it lacks a certain history.

Even that understates just how diverse this team is, and it's what I believe really makes it representative of this country. Dig a little deeper into the upbringing of the players and you'll see a group dominated by first or second-generation Americans who are often of mixed race. Jozy Altidore's parents immigrated from Haiti; Tim Howard's mother is Hungarian; Alejandro Bedoya's father is Colombian; Omar Gonzalez carries a Mexican passport; Nick Rimando is part Mexican and part Filipino; Chris Wondolowski is a member of the Kiowa tribe; DeAndre Yedlin is half Latvian and a quarter Native-American.

Close to half the team would at least have to give some thought as to which box they'd check on the census. It's surely the most ethnically diverse team in the World Cup. Klinsmann did not set out to do this on purpose, but it's beautiful nonetheless.

This group is the American dream.

And yet, the questions often being asked about this team are not about the talent -- and there's plenty of room for debate on that -- but if they really deserve to wear the country's crest.

Former U.S. manager and current LA Galaxy head coach Bruce Arena probably came as close as anyone to explaining this type of skepticism.

"I believe an American should be coaching the national team," Arena told the New York Times. "I think the majority of the national team should come out of Major League Soccer. The people that run our governing body think we need to copy what everyone else does, when in reality, our solutions will ultimately come from our culture."

Putting aside the self-serving nature of an American coach saying only fellow Americans should be coaching the USMNT, there's a certain level of ridiculousness to what Arena is saying. For one, there are 11 MLS players on the current U.S. World Cup roster. That's the exact same number that Arena named to both of his World Cup rosters and nearly three times as many as Klinsmann's American predecessor Bob Bradley used in 2010. 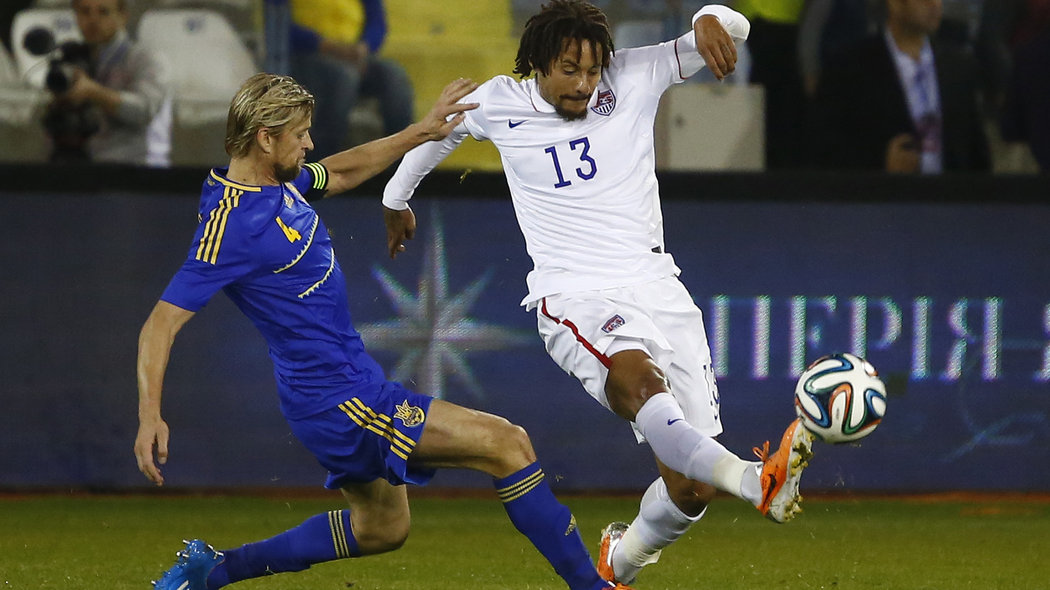 While it's true that Klinsmann is not an American citizen -- he's said before it's something he intends to do -- making critiques about him based on nationality are off the mark. This is someone who has lived in the United States for 15 years, is married to an American and has kids who are American (You may have heard of one of them). Klinsmann is not some mercenary coach who doesn't understand American culture or how we think about sports. In fact, Klinsmann probably understands these issues as well as anyone. He's a hybrid, if you will, much like many of his players, very few of whom grew up in what we think of as "traditional" American soccer environments that include high-level, pay-to-play clubs.

But even if Klinsmann weren't as close to being American as he actually is, Arena's line of thinking -- as well as the tsk-tsking of recruiting dual-nationals -- misses a larger point. Immigrants are a huge part of what has made the United States was it is, for better or for worse. Just because someone was raised overseas does not diminish their ability to contribute here.

Just focusing on soccer -- and leaving the larger cultural debate out of it -- the United States simply can't afford to become that insular. Would it be nice if U.S. Soccer grows to a point where every high-level American comes through our development programs and plays the bulk of their career in MLS? Yes. You might even be able to argue that it's ideal. But the fact that 15 of 23 USMNT World Cup players started their careers in MLS is a sign of how the league is growing, not an end that should be artificially sought.

Klinsmann has said on numerous occasions that he wants the best American players to be playing in the best leagues. If one day MLS is one of the best leagues, that's obviously great for U.S. Soccer. But even if that were the case, U.S. Soccer should never stop looking at players just because they weren't born and raised here. That would be ... un-American.

USA vs. Nigeria, 2014 World Cup friendlies: USMNT heads to Brazil with a win