Share All sharing options for: Someone interviewed the Internet's favorite sad Brazil fan

Do you remember this guy? 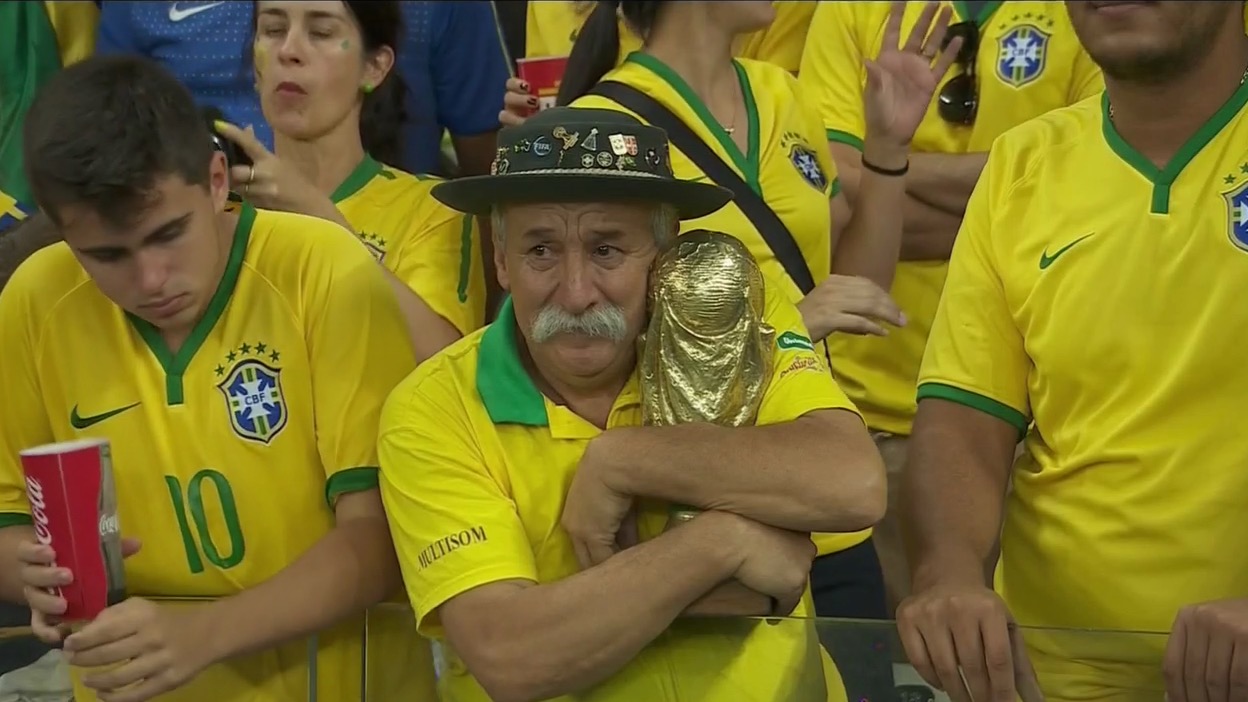 Of course you do. There were lots of gripping images of sad Brazil fans during their 7-1 loss to Germany in the World Cup semifinal, but above all, this was the defining one. Watching this man clutch at a replica of the thing he knew his team wasn't going to lift hit us all right in the feels. And luckily for everyone, German outlet Bild was able to track him down and get him to talk about his replica trophy.

Some highlights, translated into English.

On taking the trophy to the final: "My wife said 'You take it with you to the Maracana. With you, it is in good hands'."

On how long he's had the trophy: "I have taken him to every tournament I've gone to. It is the same size as the original -- but mine has been kissed more often (laughs)."

Comparing the 2014 semifinal to the 2002 final: "Yes, in 2002 against Germany, I experienced the most beautiful moment as a fan, the victory in the World Cup final in Japan. Now [Germany] have inflicted our most severe defeat. My heart is wounded -- but do not worry: We will always remain friends and [Brazil] will be a model for the whole world!"

Check out the whole interview at Bild, in German, here.

Brazil vs. Netherlands, World Cup 2014: Embarrassment complete for the hosts