The 2014 World Cup made soccer mainstream

The supposedly un-American sport was this summer's hottest blockbuster.

Share All sharing options for: The 2014 World Cup made soccer mainstream

By now we've all agreed that this was the Best World Cup Ever (tm). The highs were so high and the lows were so low. It was captivating and amazing. It was horrifying and disgusting. We could not turn away.

But we've gone over all of this. In. Great. Detail.

What sports editors, talk-show hosts and American opinion makers everywhere want to know is this: Do I get to stop caring about soccer now?

We can point to any number of qualitative and quantitative measures as proof that something awoke during this past month. There were tens of thousands gathering to watch games on TVs in bars, in stadiums and in public parks. The television ratings blew away anything we'd previously seen. The United States' first match of the 2014 World Cup was the most watched men's soccer game in American history. The match against Portugal then beat that record, drawing a combined audience of 24.7 million people when the English- and Spanish-language broadcasts were combined. Huge audiences also watched the USA play Germany and get knocked out by Belgium. 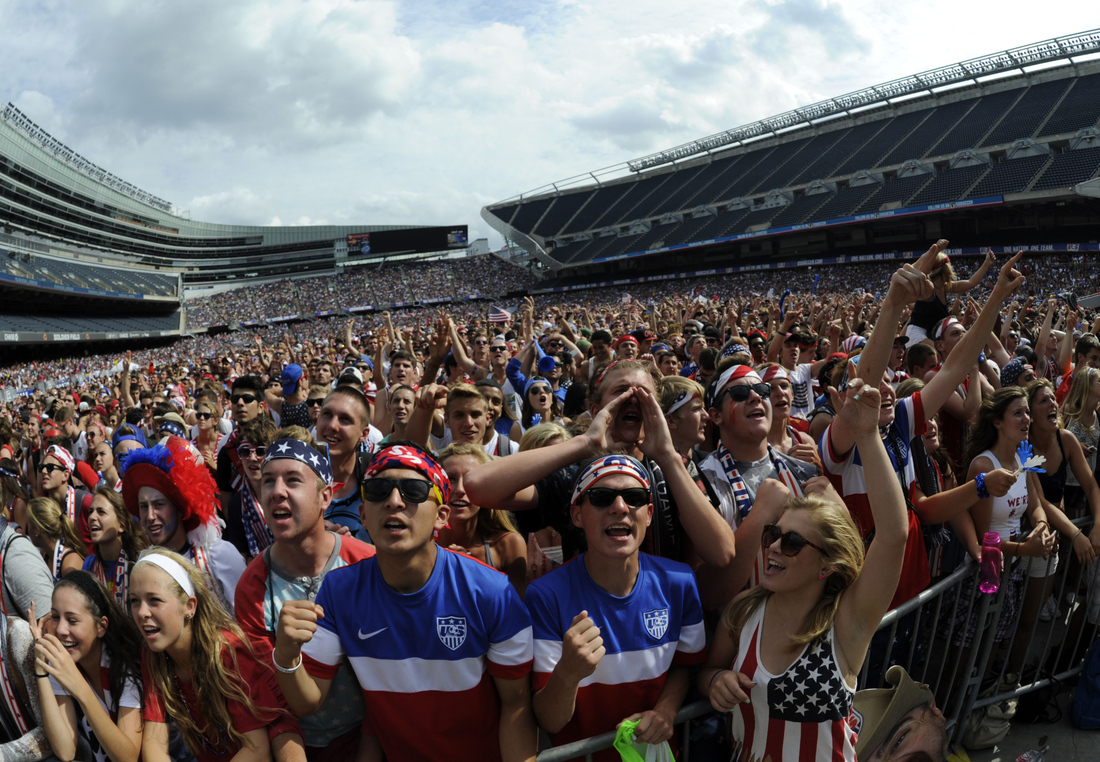 Plenty of people were inclined to write that off, though, as just another example of Americans supporting their country in a manner similar to our quadrennial interest in figure skating or swimming. Just wait until the USA is eliminated: no one will care, you just watch.

Except, it didn't happen like that. The entire tournament, all 64 games, turned out to be a pretty significant draw. ESPN/ABC reported a total audience of 115 million, while Univision Deportes reported 81 million viewers. The average broadcast had a combined audience of somewhere in the neighborhood of 8 million people.

20 reasons we loved this World Cup

There were many things to love about this year's World Cup.

This World Cup was the most fun ever

The World Cup is the vehicle for the best that humanity can deliver in drama, emotion and fun, and this one delivered beyond our wildest dreams.

It was an effect not so dissimilar to what we see during the NCAA men's basketball tournament. March Madness gets a massive boost from everyone and their co-worker filling out a bracket and managed to average about 10.7 million viewers over the 67-game tournament. The final had an audience of 23.2 million.

The average Stanley Cup finals game brings in 3 million to 6 million viewers. It's been that way for pretty long time. Those games are being contested in U.S. timezones, on U.S. schedules and feature names we can all recognize because they are featured on our televisions and appear in our newspapers virtually every day of the year. Univision's numbers were regularly beating that.

The NBA Finals enjoy even bigger advantage, being as basketball is a sport Americans actually play and their players are quite literally household names, ranking among the most famous in the world. The most recent finals had an audience of 15-18 million. You need to go back to Game 7 of the 2010 finals, when the Los Angeles Lakers were playing the Boston Celtics, to find any game that had a bigger audience than this year's World Cup. You'd need to go all the way back to 1998, when a guy named Michael Jordan was leading the Chicago Bulls past the Utah Jazz, in order to find a NBA Finals series that regularly outdrew Argentina-Germany.

It's a similar story in baseball. Not since 2004 has a World Series game draw a bigger total number of viewers than the World Cup final did this year.

Of course tuning in the for the World Cup does not, in and of itself, make us a soccer nation. The TV ratings for Major League Soccer regularly hover around a few hundred thousand and only break past 1 million on rare occasions. The MLS Cup final is anything but appointment viewing.

But this wasn't just about people tuning in to watch. It was the anecdotal stuff to which every sports fan in the country can likely attest. The way folks who had never heard of Lionel Messi were suddenly debating his place in the soccer pantheon, how Brazil's epic collapse was the chatter at the local coffee shop, how Spain's capitulation was discussed on the barstool and how everyone suddenly had an opinion on the job Jurgen Klinsmann did coaching the United States.

Something changed here over the last month. A game that seemed so foreign suddenly became accessible and a whole lot of people embraced it. A country in which soccer was mostly a punchline is suddenly looking forward to the next big tournament. A commentariat that once wanted to ignore soccer is now scrambling to play catch up.

Soccer may not yet be prepared to dominate headlines and airwaves in the fashion we've seen over the last month, but it's no longer this exotic thing.

So, to answer that question from earlier: Sure, go ahead and stop paying attention to soccer; just don't expect the rest of the country to join you.