Maybe the World Cup used to merit 10.0s back in the days when only 13 teams turned up, when the kits weighed more than the players, and when games were experienced entirely by telegraph. But ever since football became modern football, an ill-defined point between Pele inventing colour television and Arsene Wenger inventing broccoli, the World Cup has laboured under an uncomfortable truth: the thing that you love the most is always slightly broken. So it won't be getting a 10.0 for performance. 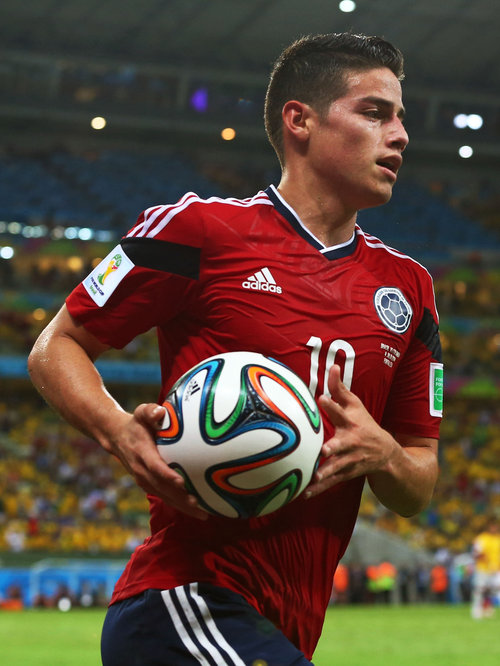 In the case of the 2014 World Cup, the major sticking point is this: the quarter-finals stank of rotting meat. They just did. In the three games with goals, the wrong team scored first every single time. Early goals for France, Colombia and Belgium and we'd have had three fresh hunks of bloody, well-marbled satiety; early goals for Germany, Brazil and Argentina delivered nothing but maggots and regret. Regret at the meat metaphor, yes, but also at the games. At least Costa Rica and the Netherlands were good enough to deliver the watching neutral's reward for sitting through all that dross: a penalty shoot-out.

We're not on some 'the flaws bring out the flavour' tip here. That may work for music and books and human beings, but not for football tournaments. You can't get away with saying "Oh, well, 'Treefingers' may not be much on its own, but in the context of the album it provides an invaluable transition between the haze of 'How To Disappear Completely' and the rattle of 'Optimistic' and, yes, the fact that this comparison involves an album that's nearly fourteen years old is indicative of the tragic inability of the author to keep with anything that isn't football, but hey, he's writing this and you're not, so shut up," to some poor sod that's just sat through Iran 0-0 Nigeria.

But in the case of the 2014 World Cup, the major unsticking point -- not a phrase that lends itself to easy reversal, that one -- is this: nothing else stank of rotting meat at all. The group stage didn't have two bad games in a row; most of the non-quarter-final knockouts lacked goals but pulsed with nervous tension; the other semi-final was dreadful but unobtrusive in a nicely polite way, since everybody was hungover from the one before; and that semi-final is one of the stupidest games of football of all time. So ultimately, we're looking at a deduction of 1.1.

There is perhaps a further, minor sticking point, for which you'll be delighted to hear there's no handy meat parallel. (Some kind of inadequate mustard?) This Germany side may be a great side, but they weren't at any point required to prove it. Portugal and Brazil obligingly punched themselves in the face; Argentina and France didn't really punch much of anything. Their trickiest games came against the weaker teams: Algeria nearly took them apart on the counter and Ghana, for a few highly entertaining minutes, threatened to completely embarrass them. This takes another .6 off the total.

An interesting one, this. Individual footballers can be plenty stylish, as can football teams. And while our march towards death brings with it the nagging feeling that there aren't so examples many of either as there used to be, as football gets more muscular and systemic, as its players bulk up and suave down, we probably don't have to panic just yet. This is still a world with Mario Balotelli in it, even if it wasn't a World Cup with Mario Balotelli in it for very long.

But did the World Cup as a whole have style? Sure, it was visually striking: yellow shirts pocked with red, orange, white and black; the official livery a riot of pinks, blues, greens and yellows; Jesus overlooking Rio de Janeiro; Manaus surrounded by the shades of the jungle and the river; Brasilia's slick modernist lines. But striking isn't necessarily stylish. After all, this is a month in which the vast majority of the participants, on and off the pitch, wear either polyester or something that looks like polyester but is guaranteed to move sweat around in more helpful ways, and where the evil overlords are stuffed into suits so expensive that all the onlooker can think is 'Christ, how bad would they look in a cheap suit?' 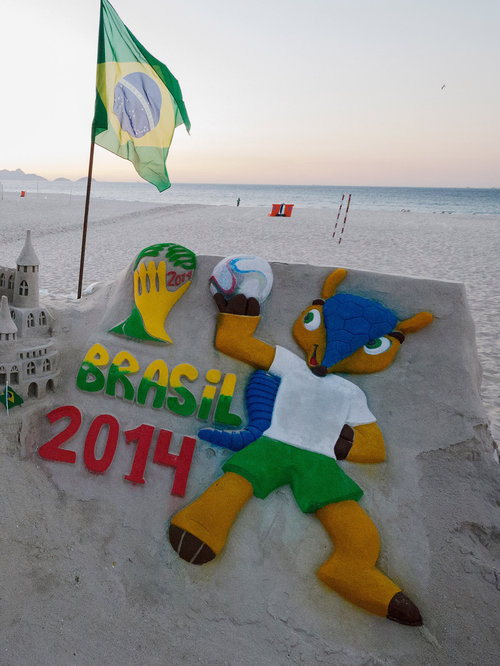 If stylishness has at its heart a certain effortlessness, whether real or carefully assumed, then World Cup is entirely opposed. Everybody is trying far too hard, whether it's the players to win, the fans to enjoy themselves -- oway oh! oway oh! -- or the suits to avoid getting caught on the big screen and publicly booed. That's not "too hard" in any condemnatory sense: each is a perfectly sensible and laudable course of action. If we're understanding style be at least in part a languid thing, a thing that just happens to happen, like gravity or loneliness or the sunrise, then it wasn't here.

But that's not what the World Cup is meant to be. The World Cup is supposed to be a relentless, consistent, packaged assault on the fan, on the television viewer, on anybody that gets dragged into its all-consuming orbit. A cavalcade of sponsor-friendly joy; the chaos of the sport and the spontaneity of the supporter presented to the world within the carefully defined limits of what is acceptable. This will happen, and you will respond like this. You will take these objects into the stadium, you will drink this while you're in there, you'll do whatever the military policemen tell you to do, and you'll wave whenever somebody points a camera at your face. Look, there's one now. Stop booing! Wave!

This is the style that the World Cup was aiming for: a homogenous, unruffled, endless stream of World Cuppery. Fuleco, Brahma, Pele, Brazil, carnival, samba, coco gelado, palm trees, rainforest, a beautiful girl jumping up and down, the sun dying behind the benevolent figure of Christ, some football, some more football, a man wearing a silly hat. Repeat. Repeat again. This is the style it achieved: not without effort, not without good fortune, and not without the expenditure of a gazillion reais. The protesters were nice and quiet -- or at least, quiet enough to ignore -- the crowds were acceptably ebullient, and the games were largely watchable or better. The tears the world saw were reserved for defeat; were not provoked by military policeman lobbing gas canisters into crowds. The booing was pantomime and quickly forgotten.

This is not to dismiss or cheapen the genuine, justified anger that many Brazilians felt at the World Cup and feel about the Olympics. It's to say that, in its own weird, unsettling, deeply totalitarian, utterly compelling style, the World Cup managed to do everything it wanted to. And of course you enjoyed it. You're supposed to. That's what it does. That's how it works on people. It's grubby and it's uncomfortable, but it's also the greatest thing in the world.

When Sepp Blatter slips into his deep, untroubled sleep, he dreams of how the World Cup should go. How it should unfold, how it should be reported, how it should be received. How good everybody should feel afterwards; what they should and should not be crying over. In what style it should occur. And bar a couple of inconvenient moments that kept Neymar from the final, Brazil 2014 was clinically and spectacularly perfect.

Asked the same question as we were, Blatter concluded: "We consulted all our computers and our Facebooks and decided on 9.25 out of 10 because perfection does not exist in football."

While you are permitted to laugh at the fact that Blatter seems to believe that each computer comes with its own Facebook, you must do so in the knowledge that laughing at old people not getting technology is pretty weak stuff to begin with, and gets even weaker when you realise that the old person in question is [deleted], [deleted] and [deleted] to the point of libel, and so has absolutely no need to get his head around Facebooks, Twitters and other such plebian concerns. He has people who do that for him. The fact that you know that he's made a mistake is simply more evidence that he is the evil ruler of the world (Cup) and you, with your correct and irrelevant pluralisations, are not. He has won. You, by contrast, have lost, even as you've enjoyed yourself. 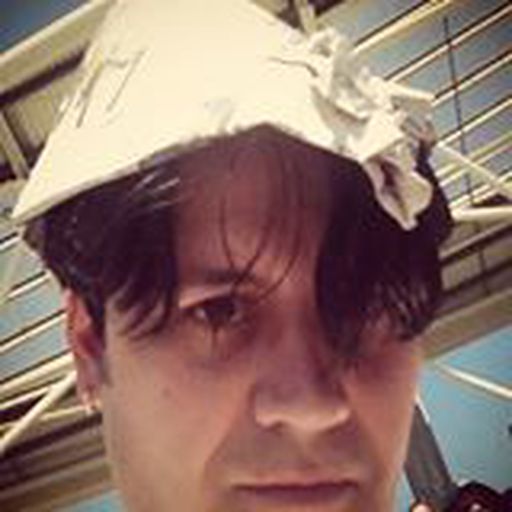 Andrew Thomas is a football writer. He is based in London.