Have you ever wondered how the transfer market works in soccer? Wonder no more. Here's what you need to know.

We'll start with a disclaimer: nobody really understands the transfer market. Sure, you can get all the terms down, make yourself familiar with the details, try your hand at being skeptical about how Liverpool are spending the Suarez money ... but nobody really understands it. It's not possible. It's too big, and too disparate, and has far too many people and far too much money moving around to be truly comprehensible. Something is always going to happen that will make you think, "Er, what?"

However, we at SB Nation are nothing if not brave and intrepid and helpful. So here's a handy guide to understanding the parts of the market that do make at least a little bit of sense, sometimes. You're thoroughly welcome.

How are footballers recruited?

Well. When a mummy footballer and a daddy footballer love each other very much and have had a bit to drink, they do a special hug. Nine months later, a footballer appears! And a few years after that, he or she starts to play football.

We don't have any way of checking this, but it seems reasonable to assume that at any given time around there, more kids want to be footballers than want to be anything else. And football clubs are only too happy to help them. Around Europe, the majority of those who will go on to be professional footballers begin their career with a football club by early adolescence; some even earlier. Mario Gotze, scorer of the goal that won the World Cup, joined Borussia Dortmund at the age of 8. Bigger clubs will have fully developed academies (think Barcelona's famous La Masia), while plenty of smaller clubs will operate youth teams at various age groups. It should be noted that the rates of attrition are fairly monstrous, particularly at the higher levels. Some estimates suggest that for every 20 kids that enter an academy, only one goes on to have a professional career.

When a player attaches himself to a club, he also enters the transfer market, at least in an informal manner. The list of inter- and intra-national guidelines, regulations and laws that govern the movement of children is longer than the Internet has reasonable space for, but suffice it to say that (a) it's complicated, (b) nobody becomes a professional footballer until the age of 16, and (c) as a general rule, if a bigger club and/or richer club wants to acquire a player who belongs to a smaller club, some way of doing so will be found.

The flow of players from the smallest clubs up to the biggest ones looks a little like this: 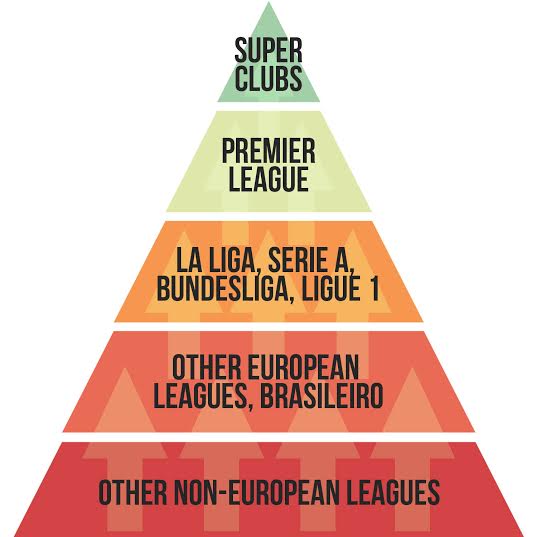 Who finds these footballers?

Broadly speaking, there are three kinds of people who are in the business of introducing footballers to football clubs: scouts, analysts and agents. Scouts are generally attached to clubs, and spend their lives trekking around football pitches, standing in rain and snow and hail, squinting at a gangling, half-grown teenager and attempting to predict what he might become. It's not a particularly glamorous job, nor is it one of football's better-paying roles. But it does have a certain romanticism about it, not least because it's a concept almost as old as organized football itself. And because anybody can play.

Early FIFA wasn't as polished as modern FIFA, which led to these wonderful, classic screw-ups.

Analysts also tend to be employed by clubs, but where the scout looks for information on football pitches, analysts look to the numbers. It's a fairly recent and divisive position, and there are ongoing and really quite passionate arguments raging about the usefulness or otherwise of various metrics. Traditionalists grumble about the fact that there are no numbers for intangibles like guts, heart, and having "it"; stat-heads strike back with books with titles like Why Watching Football With Your Eyes Makes You An Idiot And Possibly A Sex Offender; everybody throws the word moneyball around despite very few people in the sport having apparently read it.

Sensible football clubs, of course, are using both. Perhaps the most famous example of a unified approach is Arsenal's acquisition of Mathieu Flamini, which was inspired by an analytical observation -- this lad runs far more than anybody he's playing against -- but was sealed by some good old-fashioned scouting, as the club sent somebody to check whether he could, among all the running, actually play football.

Then there are agents. Usually (but not always) unaffiliated to any club, agents and agencies represent the interests of individual footballers; if they're looking to move, then their agent is the one making the phone calls. At lower levels, particularly in the English non-league structure, they fill a vital hole for those clubs that can't afford anything above the more basic levels of scouting. Higher up, as the wages, transfer fees and commissions swell, they tend to be less popular. Some, such as Jorge Mendes (whose GestiFute agency counts among its clients the likes of Jose Mourinho, James Rodriguez and Cristiano Ronaldo), have become so-called super agents, and are central figures in the modern transfer market.

Why do they move?

In theory, the transfer market should make a certain kind of sense. On the one hand, there are a load of players of various standards; on the other, a load of clubs distributed in a similar fashion. Simply match the players to the clubs and bingo! You've got a sport! If a player isn't good enough, he'll move to a less good club; if he's too good, he'll move to a better one. Everything in its right place.

In reality, things are more complicated. Sometimes the right player for one club is perfectly happy at another, or is on prohibitively high wages or has years left on his contract. Maybe one club can't afford the fee, or the other simply has no need to sell. In such circumstances, second or third options are pursued. And time is also a factor: Since 2002, transfers have been limited to two windows, summer and winter, approximately between July 1-Aug. 31 and Jan. 1-31, respectively. If a team needs a central midfielder, and they haven't managed to get one by the last day, they might end up spending £27 million on Marouane Fellaini. 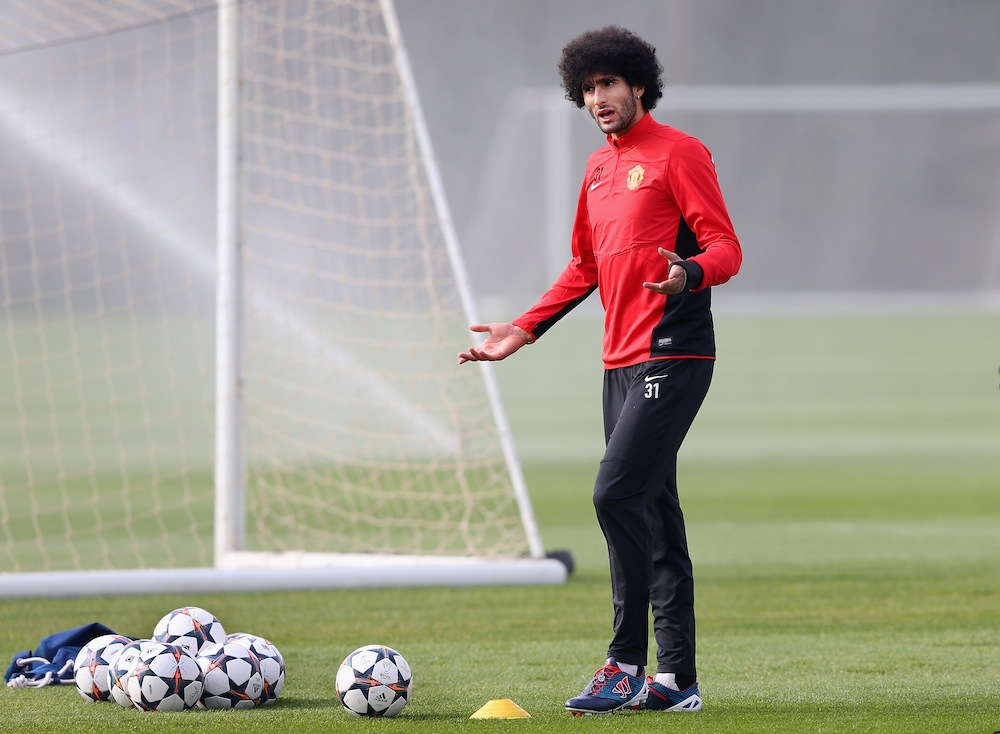 Then, of course, there's the fact that players are people, and so are managers and chief executives. Sometimes the reasons for transfers move beyond the logical and into the strange emotional recesses of the human mind, and the deep dark recesses of the human wallet. Rumors abound of players sold because the manager didn't like their attitude, or their face, or something they wrote in a book. These theories can run from the scandalous through the amusing and on to the criminal; from suggestions that somebody was caught in the wrong bed, to rumors that the club accidentally bought the wrong player, to questions about where exactly all the money went. No, you can't have any examples. Our lawyers won't let you.

And how do they move?

In theory. In practice, well, every one of those simple steps can take days, weeks, even months to finalize, because this is a process that can involve an awful lot of money, and many people haggling away at one another to get the best deal for themselves, their clients, their clubs, their sponsors, and anybody else who happens to be knocking about.

There's also more to the money than just a transfer fee (which itself is frequently broken into a series of payments over a few years). Players receives signing-on bonuses from the club they're joining and sometimes "loyalty bonuses" from the club they're leaving (which is why formal transfer requests are relatively rare from high profile players; ask to leave, and you don't get money for being loyal). Then there are plenty of other clauses that can be inserted by various parties, including selling-on fees, where the selling club get a cut of any future transfer, and buyback clauses, which allow the selling club first option on a return, often for a set fee.

there may not be any money involved at all: Gary Pallister joined Billingham Town in exchange for some kit, a bag of footballs and a goal net.

(Lower down the leagues, there may not be any money involved at all. In 1989, Gary Pallister joined Manchester United from Middlesbrough for £2.3 million; five years earlier, he had joined Boro from local side Billingham Town in exchange for some kit, a bag of footballs and a goal net.)

The alternative to a permanent transfer is a loan deal, in which a player remains with his club in a technical sense but spends some time -- anywhere from a few weeks to a couple of seasons -- playing for another club. Short-term loans tend to be used for emergency cover during an injury crisis, longer deals are used either to help young players develop, or move on players who are unable to find a permanent new home. The latter are particularly beloved of big clubs, who are able to stockpile young prospects and then farm them out on loan; last season, for example, Chelsea had 27 players out on loan, 20 of whom were aged 21 or under.

How is the fee worked out?

One of two ways. Many players will have a buyout clause in their contracts, which states that any bid of a certain amount must be accepted. Such clauses are compulsory in Spain -- Lionel Messi's is currently ALLOFTHEMONEYS -- and increasingly popular elsewhere, though there is some question over whether they are legally enforceable. It emerged last season that Arsenal, with a slightly cheeky bid of £40,000,001 ($68 million), had triggered a clause in Luis Suarez's contract with Liverpool, but the club basically decided to ignore it and see what would happen. What happened is that Suarez signed a new deal, stayed for another season, then joined Barcelona for twice the money.

Pretty much the same process, except it's the agent and the buying club doing the haggling. There have long been rumors that certain players of a certain standing and a certain ... let's say self-regard have it written into their contracts that nobody at the club is allowed to earn more than them. Make of that what you will. By way of illustration, the average wage in the Premier League (richest in the world) in 2011 was around £1.1 million ($1.9 million); the average in League Two, three levels down, was a little more than 10 percent that figure. 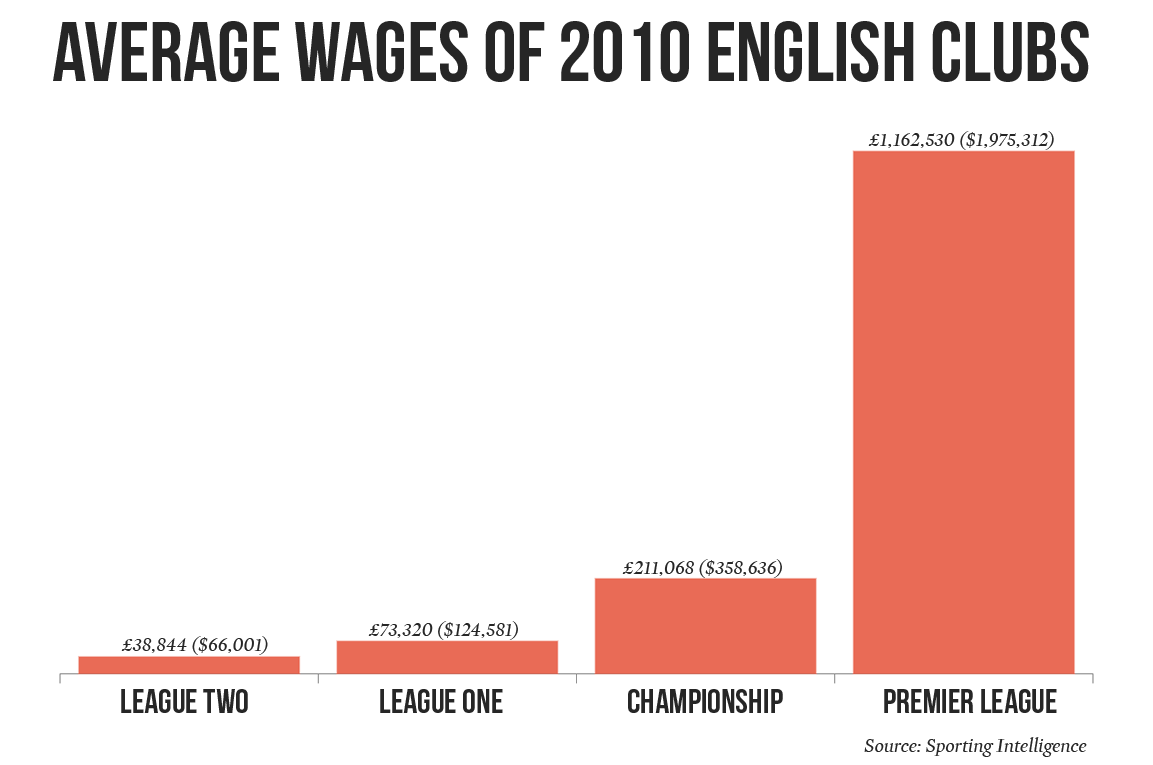 And, finally, why does everybody talk about it so much?

The noise-to-substance ratio of the transfer market is remarkable: for each sale, there are 99 rumors that spend some time occupying the minds of some people and the back pages of some newspapers. Maybe there's some truth in some; we know there's absolutely no truth in others.

In essence, the transfer market is as febrile a ground for the breeding of rumors as a sheep's corpse is for maggots. Agents plant stories to help their clients get new contracts; clubs leak information (and misinformation) to journalists; sources, everywhere, drip their drippy smearings into a welcoming, desperate world. Most people profess to hate the nonsense, yet everybody consumes it.

Perhaps this should be too much of a surprise. After all, every transfer rumor is a glimpse into another world, an alternative future. Usually a better one. It's turbo fuel to daydreams: go on, spend some time fantasizing about how well Dimitar Berbatov would fit at Crystal Palace. And anybody who likes football spends a good portion of their time daydreaming. After all, footballers need a break after a couple of hours. Bullshit, though. Bullshit never sleeps, and nor does the imagination.