Everyone's excited for the next time the World Cup comes round for the USA, but trying to plan out a squad for Jurgen Klinsmann to take to Russia is impossible four years in advance.

One World Cup down, another to come.

The United States may be out of this year's tournament, but 2018 is only four years away and in the meantime, there are two Gold Cups, Copa America, qualifying and friendlies, all of which will take the U.S. to the World Cup. The road to Russia begins now.

In the days after the Americans' elimination from a World Cup, it's popular to begin laying out the team for the next tournament. Who will start at goalkeeper? Who's going to step forward on the wing? Which kid is going to make the leap and be the next American star?

To do so is natural. After all, four years isn't too crazy of a time to look forward to. We'll know how old the players will be, it's not an absurd career projection and with Jurgen Klinsmann locked into a contract through Russia, we know who is going to be in charge.

But projecting out the 2018 World Cup roster is crazy. Really crazy. 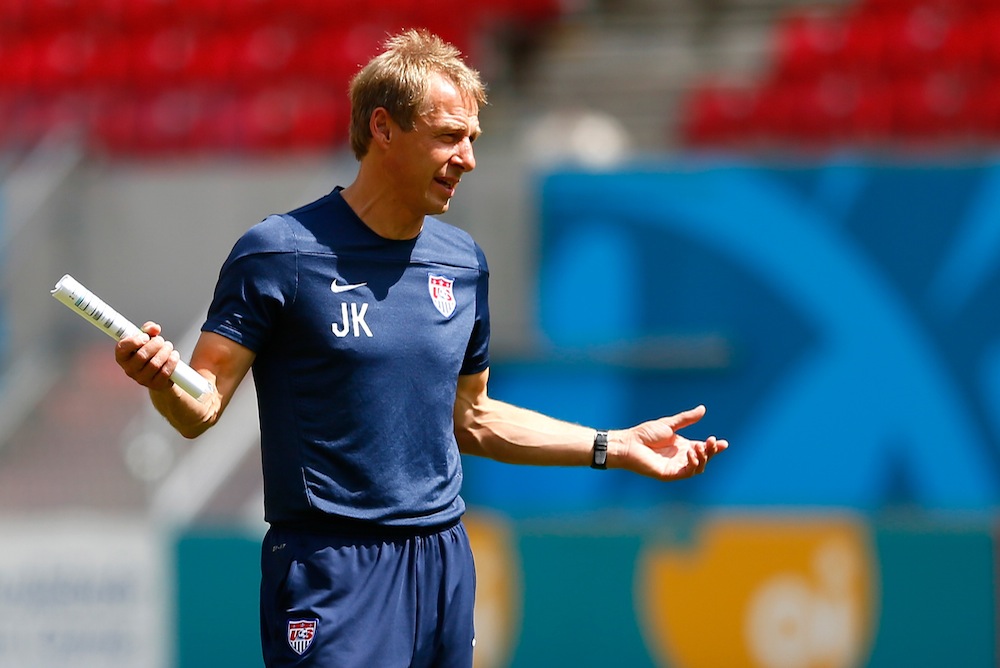 Four years ago, Oguchi Onyewu was supposed to recover and be the linchpin of the U.S. defense. Kevin Alston and Kofi Sarkodie were going to battle it out at right back, while Landon Donovan, Stuart Holden, Maurice Edu, Benny Feilhaber, Jose Francisco Torres and Sacha Kljestan were shoo-ins to be a part of the midfield.

Unfortunately, Jermaine Jones was going to be too old by Brazil. Fabian Johnson and Julian Green weren't even on the radar and DeAndre Yedlin hadn't played college soccer yet, let alone professional. And DaMarcus Beasley's career was midway through falling off a cliff.

Come 2018, several current U.S. players will have gotten too old to feature in a top-level tournament. Others will have gotten hurt and a handful just won't be very good. There's almost certainly a kid in high school right now that will start for the Americans in Russia and another who doesn't even have a U.S. passport yet.

The most encouraging thing about Yedlin and Green isn't what they can be, but what they represent. Yedlin is a product of MLS's fledging developmental system, which figures to funnel players to the national team for years to come, and Green is the prodigy who picked the U.S. over Germany.

Immigrants could shape the USMNT's future

Here is a list of potential U.S. citizens who could feature in the next World Cup.

Be proud of the USMNT, optimistic for the future

Losing hurts, but the United States shouldn't have ever been in a position to come close to beating Belgium. They were, thanks to a 19-year-old who's only played a small handful of pro games, and maybe they won some new fans in the process.

Immigrants could shape the USMNT's future Be proud of the USMNT, optimistic for the future

The most important thing that the U.S. can do is continue producing talent and giving the American manager more and more choices. It's not about finding the core for 2018 in 2014 as much as it is making sure Klinsmann has tough choices to make four years from now.

The World Cup may be over, but a year from now teams need to be in top form for the Gold Cup and this cycle means the summer of 2016 is all about Copa America, the biggest tournament to come to U.S. soil since the 1994 World Cup. And as soon as that is over, World Cup qualifying begins.

In all of that, when is the U.S. supposed to transition the team to 2018? Do they start immediately, or take advantage of the year in between the Gold Cup and Copa America? Because Jones, Beasley, Clint Dempsey and the rest of the over-30 crowd have to be moved out in favor of younger players who can star in 2018.

If Klinsmann tried to shove out the old and make way for the new when he took over, Beasley never would have gotten a look. Nor would Jones.

Instead, he cast a wide net, calling in any player who looked remotely capable of playing a role at the international level. Anyone and everyone got a look, with some of the young kids being given the boot early on, as well as the older guard. It even took until the final months before the World Cup for some younger players to get a look, and they were ultimately featured in the the tournament.

Klinsmann set about instilling a system and a foundation. From there, he got the biggest player pool possible and over the next three years, he called in the players that performed the best, lent themselves best to certain roles and gave chances to anyone who may be able to help.

The result was a team with the improbably Beasley and indefatigable Jones, as well as the young speedster Yedlin, the kid convert Green and old stalwarts Michael Bradley and Dempsey. The team looked nothing like anyone could have possibly imagined in 2010, or even 2013.

There's almost certainly a kid in high school right now that will start for the Americans in Russia and another who doesn't even have a U.S. passport yet.

His desire to get a look at every player possible won't change either.

The U.S. has a promising group of young players in Green, Yedlin and John Brooks. Bradley, Jozy Altidore, Matt Besler, Omar Gonzalez, Fabian Johnson, Mix Diskerud, Geoff Cameron and Aron Johannsson are also going to be plenty young enough to play in Russia too, but a fair number of those players won't make the team. Instead, they'll be replaced by some guy currently playing in the second division somewhere, another older player who somehow kept his legs young and a kid who doesn't even have his driver's license yet.

You can't project rosters four years out. You can't even set a clear path. You can only find a system and cast a wide net.

The system is three years old and the net is wider than ever. Now sit back and watch.