Remember when Germany were the most entertaining young team in the world? So much for that.

Share All sharing options for: Why Germany are boring

Four years ago, Germany was full of bright, young, electric players. But they were too inexperienced. They lacked star power. They couldn't possibly be as good as the German teams of yore.

And yet there they were in the semifinals.

Mesut Özil became a star and joined Real Madrid shortly after the tournament. Sami Khedira joined him at the Santiago Bernabeu, and Thomas Müller proved to be just as good as his Bayern Munich teammates Bastian Schweinsteiger and Philipp Lahm. Only a 73rd minute goal by Carles Puyol kept Germany from reaching the final. 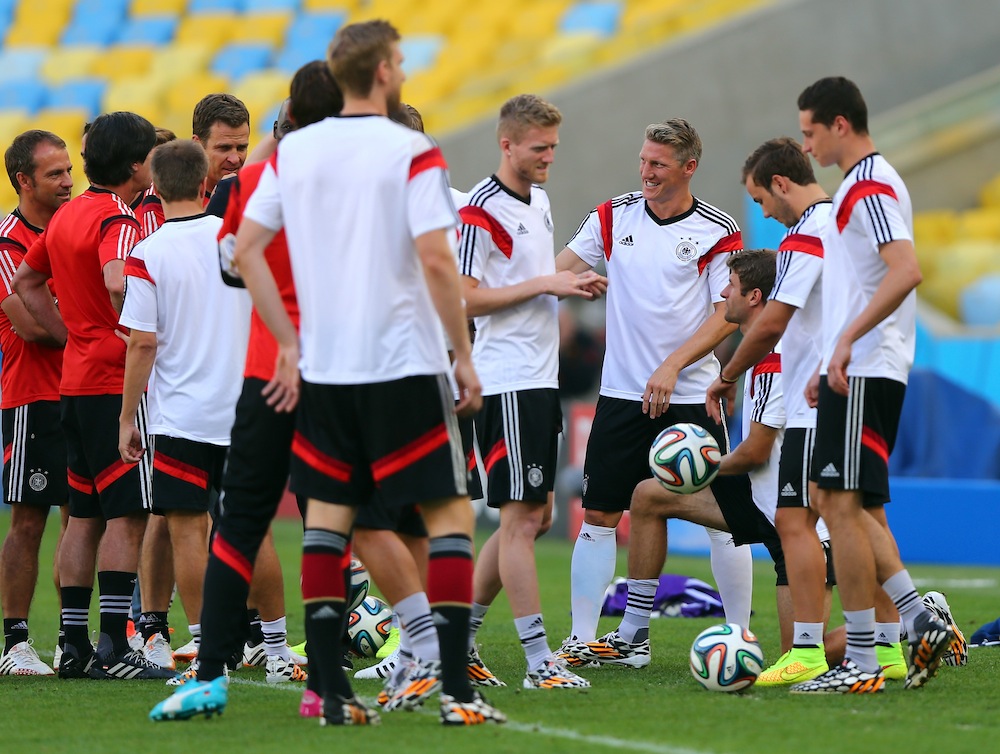 By the time Germany's run came to an end, they had scored 16 goals in seven matches. They were stocked with brilliant attacking talent and had more waiting in the wings, with the likes of Toni Kroos, Mario Götze, Marco Reus, André Schürrle and Julian Draxler in the pipeline. They even had Mats Hummels and Holger Badstuber ready to take over at the back.

Perhaps Germany were too inexperienced in 2010, but they were plenty talented and the star power was there. It was only a matter of time before they took over the world, and they would do it with the most brash, exciting style of play to boot.

So how is it that they're the most boring team left in the 2014 quarterfinals?

Germany have become slow and plodding. Their supposed stars have slumped, playing supporting roles at their clubs and failing to shine for country.

Özil was one of Germany's worst players in the round of 16 before scoring the second goal (through no fault of his own), and at no point has been the brilliant creator many thought he would be four years ago. Meanwhile, Kroos has been average, Goetze hasn't looked anything like a star and Draxler still hasn't seen the field.

Of course, those three can consider themselves lucky to even be on the field.

No World Cup team has been as decimated by injuries as badly as Germany. Reus was sidelined just before the tournament, Badstuber has been out more than a year, Ilkay Gundogan was injured months ago and Mario Gomez, Sven Bender and Lars Bender also missed out through injury.

Even a handful of players who made the team haven't been able to stay out of the trainer's room, as Schweinsteiger, Lahm, Sami Khedira and Manuel Neuer have all had issues that kept them out of training for long stretches. Some struggle to go 90 minutes, let alone the 120 that extra time could ask of them.

Germany have become slow and plodding. Their supposed stars have slumped, playing supporting roles at their clubs and failing to shine for country.

This team was supposed to have Hummels and Badstuber anchoring the back line, with the world's best fullback Lahm, next to them. Gundogan would have been the transition man in the middle, making the passes to spark the attack, while Schweinsteiger did anything and everything. His was the bone-crunching tackle, the magnificent through ball, the 25-yard laser. Reus, Özil and Müller would have been in front of them, or maybe Götze would have, with Müller up top.

The possibilities were endless for this super team, which should have had a great, if not world class player at every position bar left back. Their greatness would have only been exceeded by how much fun they would have been.

Instead, they are anything but fun.

Nobody has mastered the sideways pass 30 yards from goal quite like the Germans. Their most incisive play is a through ball to an overlapping runner near the byline, 20 yards wide of goal. Few teams in the tournament play as slowly as they do, and to add to the frustration they've shunted the world's top fullback into the central midfield so that a pair of center backs can play in his standard position.

A goodbye to 24 of our closest World Cup friends Root for James, don't root for Germany

To call watching Germany play 'tedious' would be kind, and the only thing that makes them even the slightest bit worth watching is Müller in hopes that we'll somehow work out the answer to how this average-looking, awkward athlete is sublimely good at football.

Germany are effective. They have four wins from four World Cup matches and in a tournament devoid of great teams, they are as likely to emerge champions as anyone else, etching their name in football history alongside some of the greatest teams to ever play the game.