The post-Jose Mourinho era has not been kind to Inter Milan. I Nerazzurri have finished second, sixth, ninth, and fifth in the last four seasons, missing out on the Champions League every season after winning the competition but one. Whether their fortunes will change on the pitch this season remains to be seen but, at the very least, they will have a drastic change in their look. 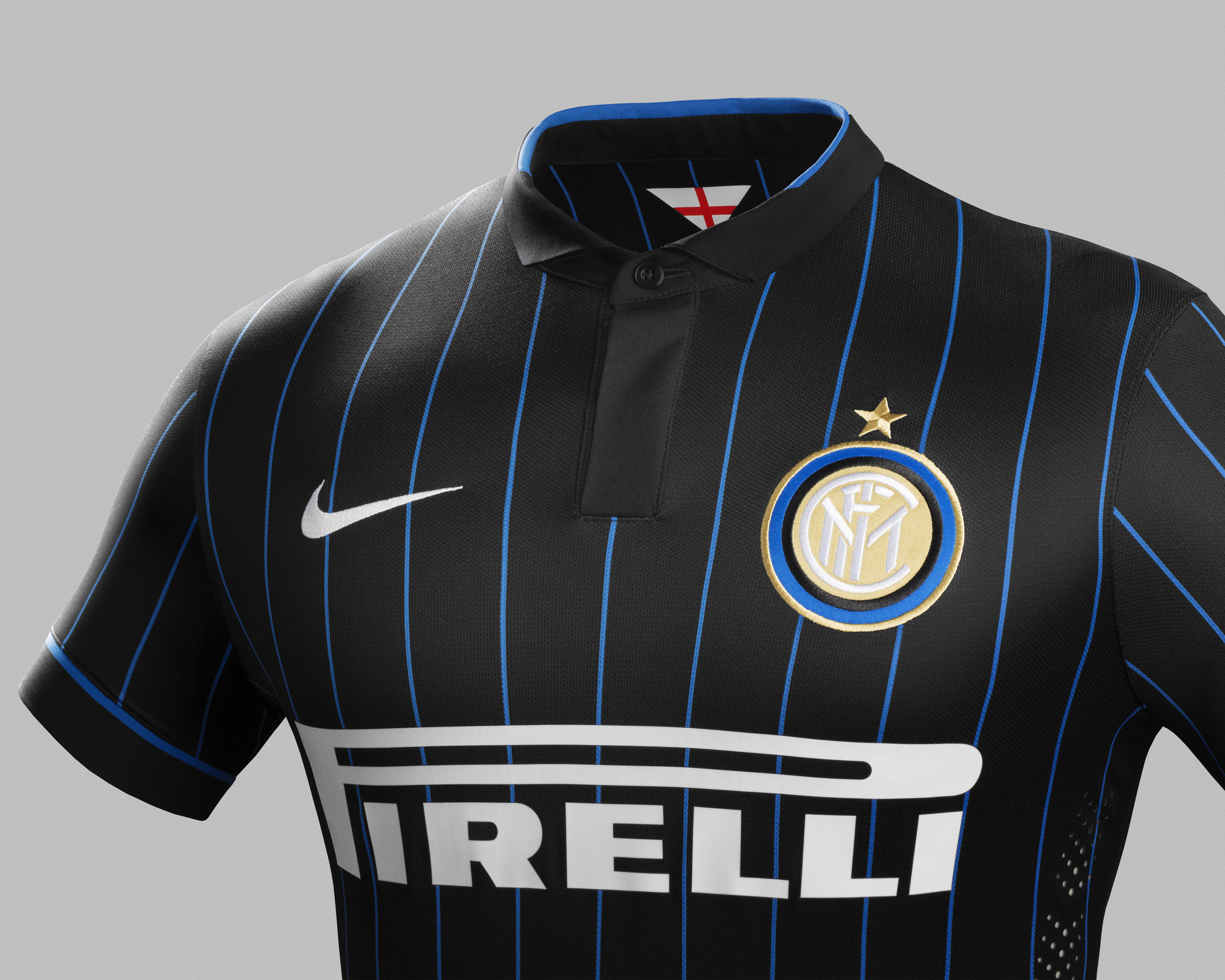 Inter Milan have worn broad black-and-blue vertical stripes on their home shirts for the last forever or so. For the upcoming season however, that will change as the Italian side will wear a mostly black home kit with thin blue pinstripes running down the body and sleeves.

Using the same template as AS Roma, Inter Milan's 2014/15 home kit is a beauty. Featuring a black polo collar with blue trim and all-black body, there are 13 pinstripes that run down the front and sides before continuing onto the back. The sleeves terminate in a thin blue stripe and black cuff. 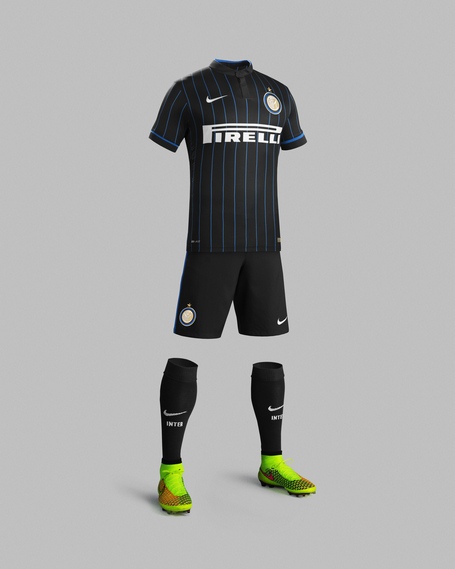 The player name and numbers bear the same blue color but are solid enough to contrast the shirt and pinstripes. The kit is completed by all-black shorts and black socks. All of the sponsor badges are in white, as is the word "Inter" that appears on each sock and on the back of the neck. The inside of the collar features a pennant tab like the rest of Nike's kits but this one bears Saint George's Cross, representing the city of Milan's coat of arms.