Rangers were nearly destroyed for no reason at all

The British tax authorities have lost their appeal against the former owners of Rangers in the tax case that ultimately caused the liquidation and near-death of the club. Was it all for nothing?

Share All sharing options for: Rangers were nearly destroyed for no reason at all

Rangers fans are already entitled to be angry and disillusioned about some of the goings-on at their club in recent times, whether it's the tactical nous of Ally McCoist, failing to spot talented youngsters like Stevie May and Andrew Robertson from right in front of them, or just a general sense of fury at the world and how the last few years have gone. But today, they probably have cause to take that to the next level after the British tax authorities lost an appeal against the former owners of the club.

Since becoming embroiled in a tax case of labyrinthine complexity, Rangers have been demoted to the fourth tier, had most of their squad dismantled for no compensation, could have lost their stadium and training complex, sold off future revenue from season ticket sales, saw attempts to have them stripped of their titles, and of course had the company that owned the club liquidated. It now transpired that all this may have taken place for, effectively, no reason at all.

The case is phenomenally complicated, but to give a brief recap: Rangers had, in their glory years, used a system of paying their staff, including players, bonuses and wages which avoided a significant amount of tax. The legality of this was questioned by the British tax authorities, and a wave of uncertainty and doubt swept the club as claims of how much they might owe spiralled ever higher. £41m soon became more, and estimates eventually reached the figure of around £134m.

Argentina midfielder 'I tore my anus'

Argentina's midfielder made a spectacular save against the Netherlands. At the expense of his bottom.

Get psyched for the next World Cup with this beautiful poster.

In the wake of the uncertainty, and a second debt of £18m, the Rangers owners panicked and looked to sell the club to somebody, anybody. That someone, anyone, was a man by the name of Craig Whyte, who quickly proved to be a nobody - the usual stories of the boyhood fan come to bankroll his beloved club quickly gave way as he sold off future ticket earnings to settle the £18m loan, then essentially stopped paying any tax to the British government. That was a dangerous move, giving the club a third liability which was a lot clearer and easier to pursue.

It was pursued. Rangers owing £11m is ordinarily not a problem, and player sales could've quickly raised it. But they couldn't have raised the massive sums that were being claimed outside it, and so no attempt was made to get the money together to pay it off. Rangers' creditors were offered a deal giving them more money than if the club was liquidated, which would've allowed the club to continue in the same league and not effectively lose its entire playing staff for no compensation. They chose to liquidate regardless in order to pursue Whyte, and the rest is history.

The problem now is that the gigantic figures the club were supposed to have owed have been found out to be largely a figment of the imagination. The payments were ruled as legal, meaning that the club didn't owe the British government anything like the sums that were being suggested. The £18m was real, but was being handily serviced, having been brought down comfortably. The £11m owed as part of the club ceasing to pay tax during the Whyte era was real, too - but without the larger figure of the debt now known not to have existed hovering, that too could have been paid. And if it hadn't been for the imaginary money owed, Whyte would not have owned the club in the first place.

The problem for Rangers now is that they have no recourse to gain anything back. Whyte is long-gone, and it has nothing to do with the current owners. The club were wound up over a legitimate debt, but a debt that was both made unpayable and incurred by the end result of a chain-reaction stemming from a ham-fisted attempt by the government to claim money it was never owed. Throughout the tale, owners, creditors, shareholders, managers, and players have come and gone. There's only been one constant throughout. And as always, it's the people who are usually at the bottom any time football turns out one of these stories. Yes, it's the fans. 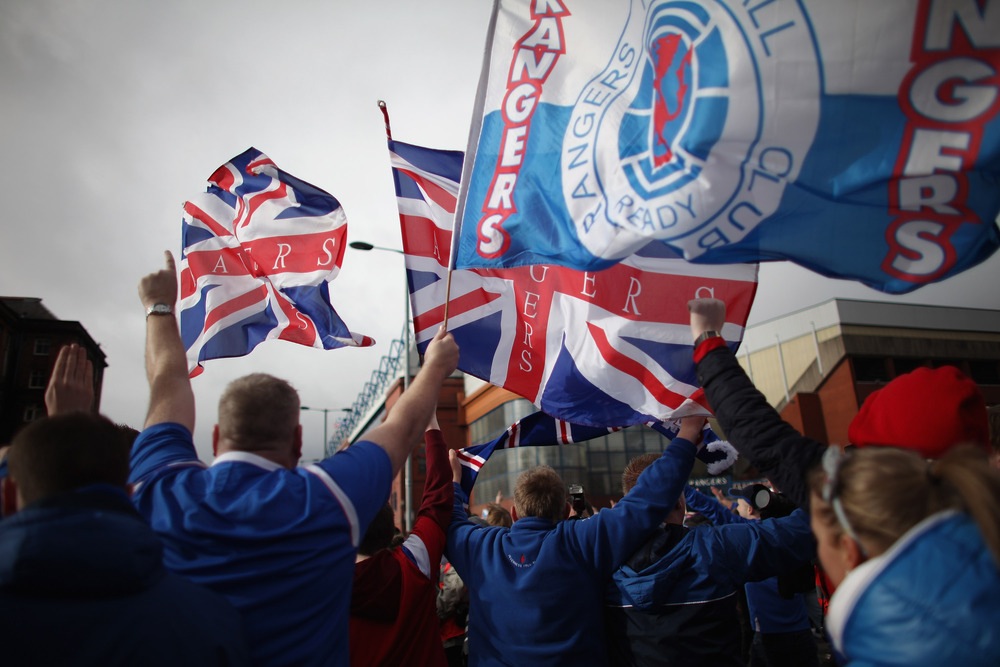 Where Rangers go from here remains to be seen. Several fan groups have been set up to try and purchase the club, and in theory, this should work. It's possible that no club has ever been in a better position for a fan takeover, in fact. It is a club whose value has been severely reduced by the league in which it plays, a poor playing squad and recent instability, yet at the same time a club which commands a legion of hardcore fans more numerous than few others. It should be easy, but several different groups are fighting over the same objectives, and the actual ownership of the club continues to be directionless and purposeless. 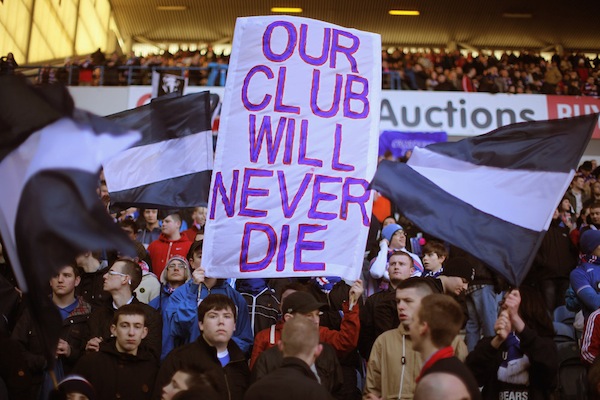 Some fans will have no sympathy for a club they will have found many reasons to hate,but could it have happened to them? Well, it depends where their clubs are based. Scotland lacks laws present in England to safeguard football clubs' ability to trade in such circumstances, as granted to the likes of Portsmouth, who owned legitimate debts. The Spanish government's effective bankrolling of its largest clubs through loans of over €1bn is well-documented, and when the company owning Fiorentina had to be liquidated, the footballing authorities aided them in rapidly an unfairly rising through the leagues. Discounting the farce of the pursuit of the 'debt', what happened to Rangers post-liquidation is probably morally right, but by the standards of European football they've been dealt a short straw.

As we've seen, the story is far from black-and-white. But the fact remains that, due to the incompetence of the British tax authorities, one of the biggest clubs in the UK has been stripped to within an inch of its life. They were certainly aided by a few unscrupulous characters since the initial charge, but Rangers supporters are now in the unenviable position of knowing they've been thoroughly shafted yet without any recourse for compensation or revenge. And even with protection from the authorities, that's something that any football fan runs the risk of in 2014.