Sheffield Wednesday is 3 games from the Premier League. 3 years ago, they stole my heart.

Three years ago, I went to England and fell in love with the Owls. Now, they're back in the promotion playoff with a shot at the Premier League.

Share All sharing options for: Sheffield Wednesday is 3 games from the Premier League. 3 years ago, they stole my heart.

Soccer landmarks are strange. We know the stadiums we know for all sorts of reasons.

"Here's Anfield. It's where Liverpool have played for 120 years, and it's where You'll Never Walk Alone."

"Here's Hillsborough, where people were killed once, and where Sheffield Wednesday play."

There's a similar "I need to see that stadium; it's famous" motivation for each.

Hillsborough is indeed famous for reasons that have nothing to do with Sheffield Wednesday. On April 15, 1989, during an FA Cup semifinal between Liverpool and Nottingham Forest, 96 Liverpool fans died in a crush as officials and police went step by step through everything you’re not supposed to do in crowd control, making sure to check each box. And more than 25 years after the incident, justice is finally beginning to come the way of the 96 who perished.

But something hit me a while later that fascinated me in a different way: on May 9, just over three weeks after Hillsborough forever became the official English proper noun for "sports disaster," Sheffield Wednesday had another home game there. Owls drew 19,905 for a 2-0 loss to West Ham.

Fans of this club have been going back to the stadium every week to watch their team play. A site of tragedy to some, it's a respite to others. It is sacred ground, home base.

Nearly three years ago, at the start of the 2014-15 season, I made a trip to England, and it included a couple of hours of watching Sheffield Wednesday play Derby County at Hillsborough.

Americans' relationship with English soccer is pretty funny. English soccer has offered us an opportunity to nerd out, to discover a history we haven't had memorized since we were seven years old.

Technically, I already had a team. In the mid-1990s, I visited England with my mother and adopted Nottingham Forest, a team that had a lot of young and exciting players and, well, was named Nottingham Forest. That was pretty great in and of itself. On this trip three years ago, I visited City Ground (Forest's home) and Nottingham Castle. It was all cool. But the next day, I got a chance to impersonate a Wednesday fan -- Owls jacket, decent seats in the family section. And I was bitten.

Prepping for this trip, the built-into-the-city stadiums were most appealing and interesting to me. Who wants to see some new, huge structure with ample parking? We can see plenty of that in the states already. No, these beautiful old tin boxes, relics of what so many of us picture as quaint old English soccer, those are the real stadiums.

I found myself desperately not wanting to write mostly about Hillsborough when I got to Hillsborough. I didn't want to ask fans about it. They've been asked about it enough, and they've been tied to this tragedy, which didn't involve them, for long enough. But it was strange watching a match there, at least at first. We parked off of Leppings Lane, and I recognized the street because the Leppings Lane entrance was where things went awry in 1989. We watched Derby fans chant and carouse in the west end of the stadium, realizing we only knew the west end because of the documentaries.

It was everywhere if you wanted to see it. But the stadium is still a stadium, and the game is still the game. And when the two teams kicked off, this place was Sheffield Wednesday’s home stadium and nothing more, with a lovely owl logo and the "Hillsborough" label standing guard outside in that rounded, 1970s-jai-a'lai-center font.

Everybody's got a song, and Wednesday's is particularly great and terrible. The pop for the chorus is fantastic. 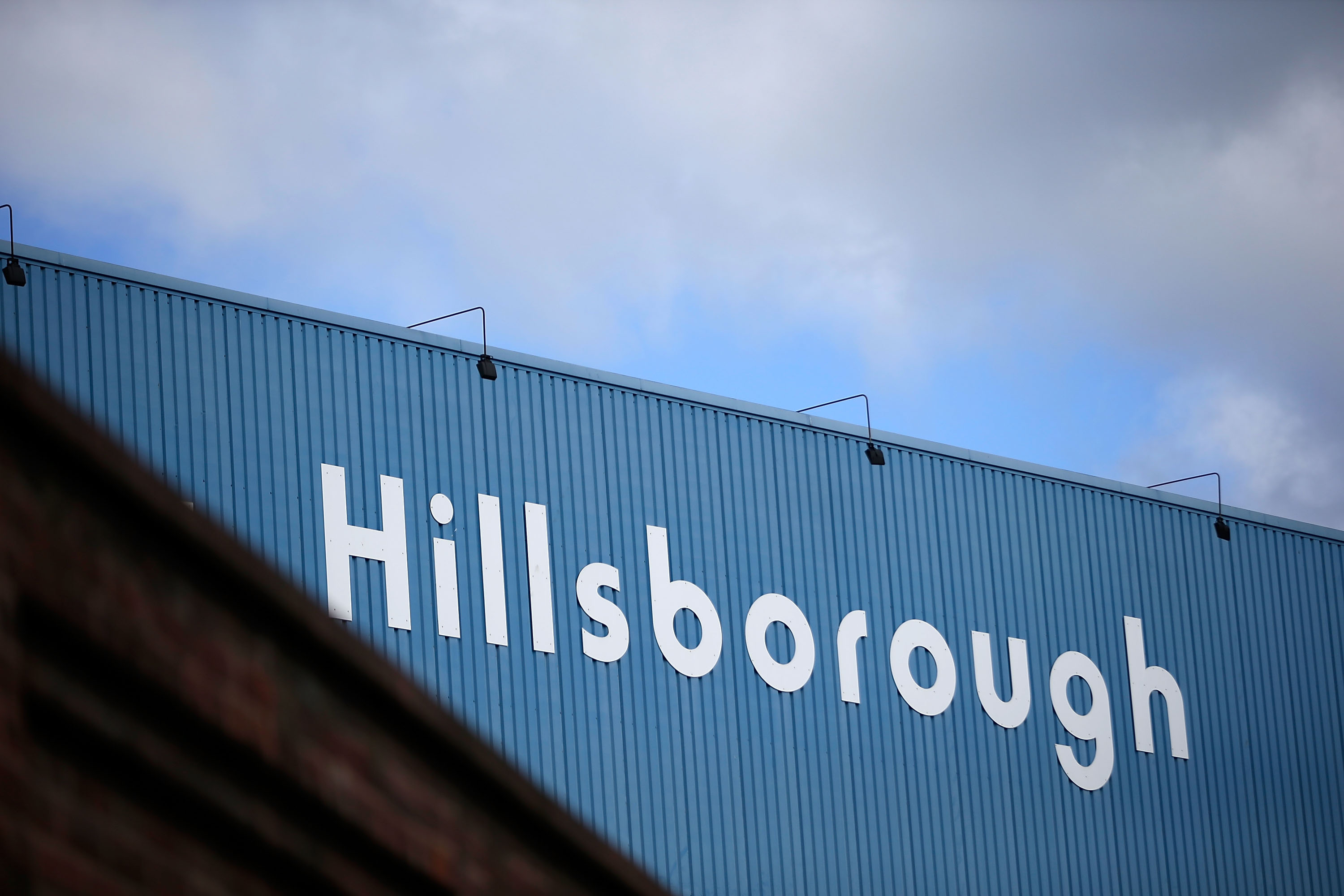 By when-in-Roming it, I became Roman. My familiarity with the stadium and surroundings, my newfound ability to close my eyes and picture what it would be like when something good happened at Hillsborough, made me root for good things to happen. And poof, I became Wednesday by proxy. So now I have two teams. It's awkward.

Just as your history is your history, your fixtures are your fixtures. Teams still play each other when asked. Millwall and Luton Town still played when required after the 1985 Kenilworth Road riot. Liverpool and Forest still played until Forest's demotion. Hell, Wednesday remained a top-division team for 10 of 11 years from 1989 to 2000; that means Liverpool came back to Hillsborough for a road tie 10 times. History is formative, but really, history is a caboose you drag behind you from fixture to fixture.

And if the Owls the Championship promotion playoff -- advancing past Huddersfield in a home-and-home, then taking down either Fulham or Reading at Wembley Stadium -- Liverpool will visit again next fall or winter. 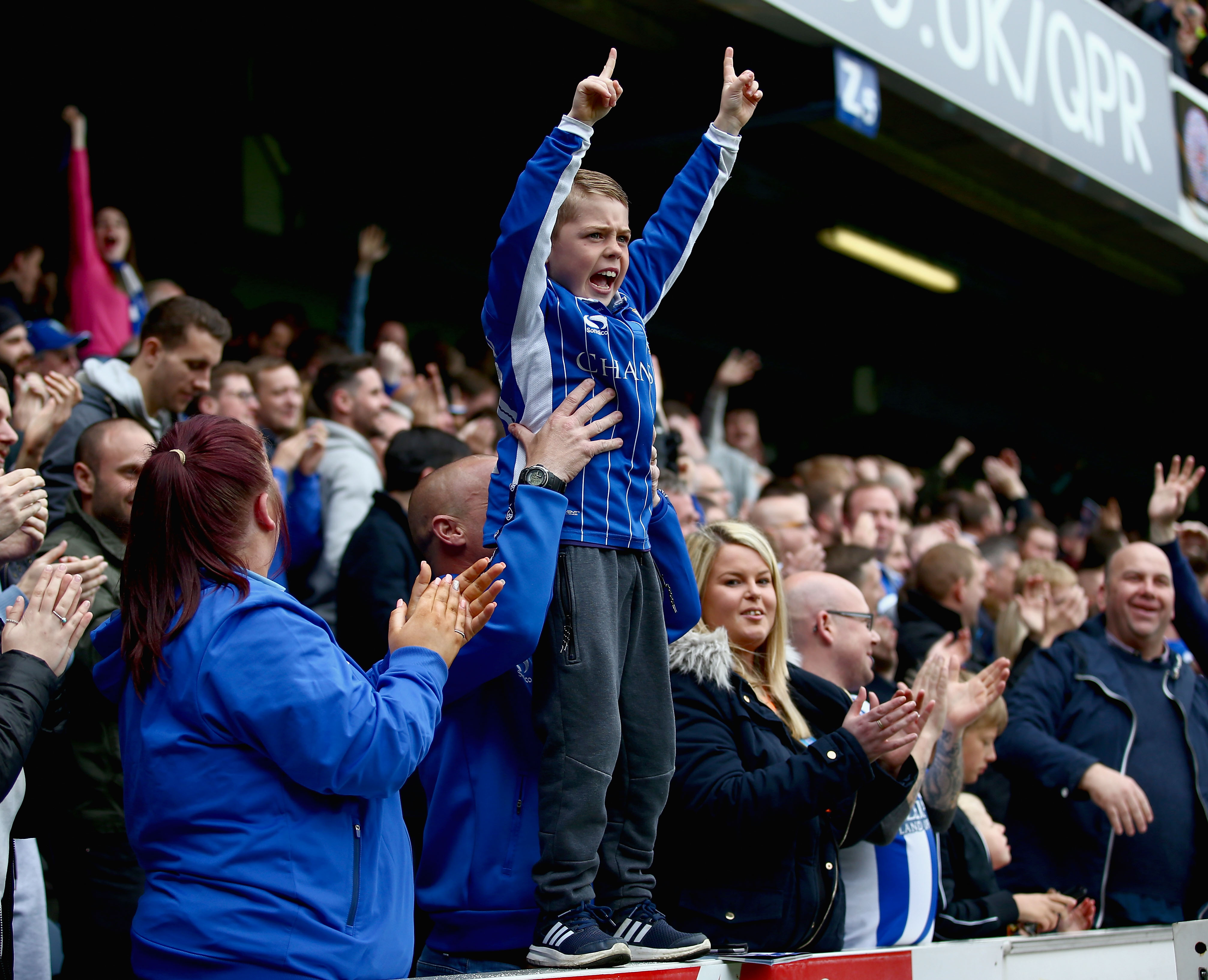 These two clubs were never particularly close to each other in the Championship table until the end of the year. Huddersfield set the early pace and found themselves atop the league a couple of months in, while Wednesday had to make a late charge to secure a berth. If momentum mattered, Wednesday would have the edge, but it usually doesn't in a playoff setting.

Both Huddersfield-Wednesday matches were tightly played this year, with Wednesday winning 1-0 against the relative run of play in October at John Smith's Stadium and comfortably managing a 2-0 win at Hillsborough in January. Huddersfield were the better passing team but couldn't create many clear chances, while Wednesday were more aggressive, for better and worse.

This Wednesday squad is a fun mix of sturdiness and risk. With central defenders Tom Lees and Glenn Loovens manning the space in front of keeper and Irish international Kieran Westwood, creative forces like Fernando Forestieri and Barry Bannan have been free to take risks. But Forestieri has been limited by injury for weeks, and No. 3 scorer Gary Hooper is out with injury.

Huddersfield, meanwhile, allowed 13 more goals than Wednesday in league play. Despite a young average age, the Terriers have navigated close games with aplomb. Manager David Wagner, a Jürgen Klopp disciple who received eight caps for the U.S. National Team in the 1990s, has the pieces he needs in midfield to control the ball and create chances. What the team does with those chances tends to fluctuate. The return of Elias Kachunga from injury improves their upside, but a one-game suspension for Danny Ward could lower their downside.

Wednesday is in an awkward situation in this playoff: the Owls carry the big name without any of the big-name recent history. In neighbor Huddersfield Town -- the two clubs are separated by only about 25 miles -- they are facing a team that hasn't played in the top level of English soccer since 1972. They were in the fourth tier as recently as 2004.

Wednesday, meanwhile, have dealt with a drought of their own. An early top-division stalwart in English football, SWFC stumbled through the 1970s, then popped up to the first division in 1984 and stayed there for all but one of the next 16 seasons. The Owls soared to third in 1992 and got to play in the 1992-93 UEFA Cup, where they destroyed Spora Luxembourg, then fell to Kaiserslautern.

But the money was leaving the country's middle, and like other clubs in the region -- Nottingham Forest, Derby, eventually even mighty Leeds -- Wednesday stumbled. Relegated in 2000, they then fell to the third level a couple of times before stabilizing in 2012. With new ownership (the Thai Union Group, which took over in January 2015) and an excellent manager (Carlos Carvalhal), they began targeting a 2017 promotion. They almost arrived a year early but fell to Hull City in last year's playoff finale. Their intended arrival date is right this very second.

Sheffield is in so many ways Pittsburgh, gray and alive, married to steel with rows of homes in the hillsides. It knows beer. It is about the most English that England can be. And as I love Pittsburgh, I fell for this place. It is a family-friendly area with two proud fanbases – Wednesday and United – and while the aesthetics could be polished up a bit, there’s no need. It is what it is, and I was disappointed not to spend longer there.

I'm sure Huddersfield can steal your heart too if given the opportunity. But go Owls. 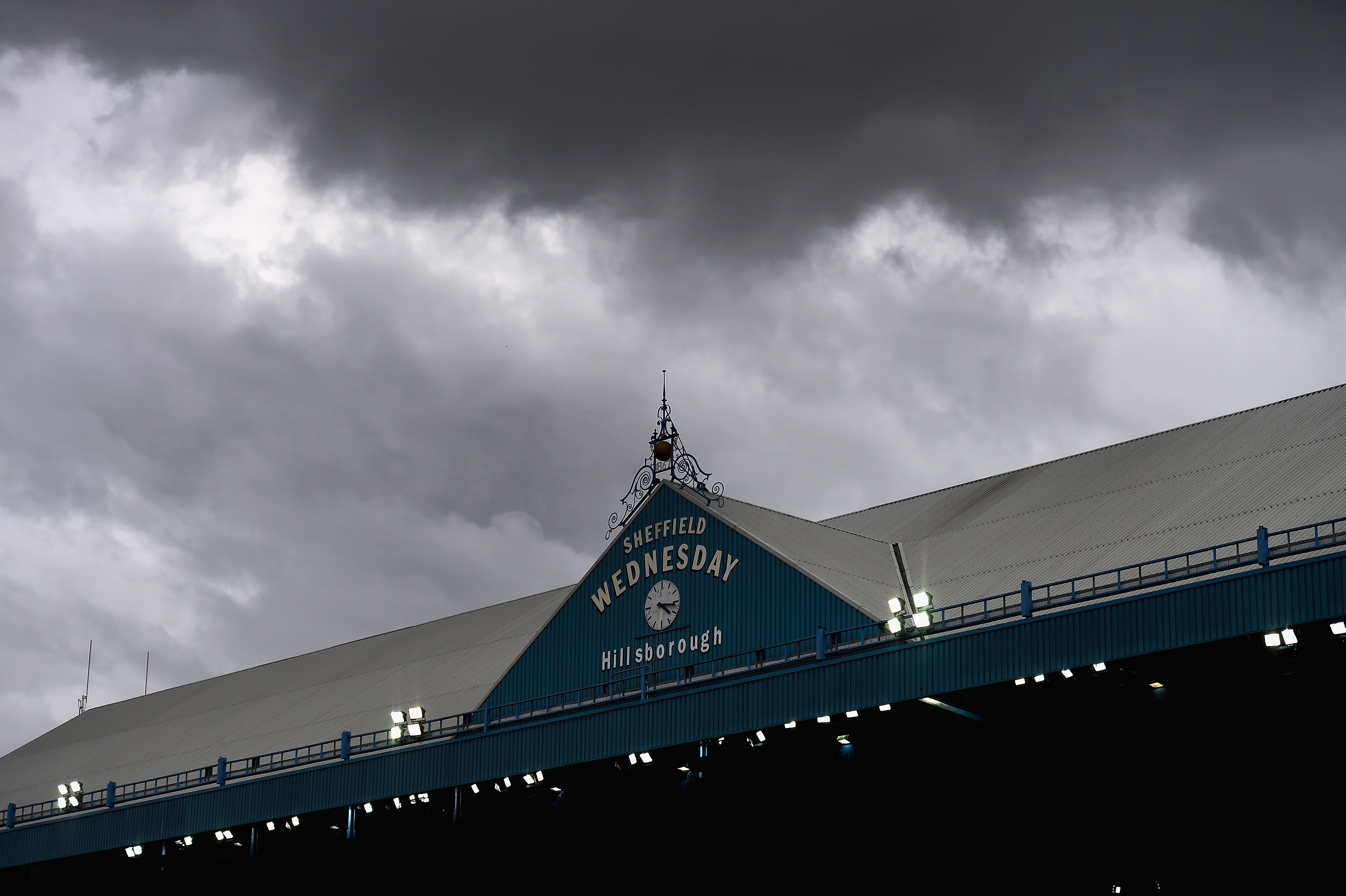