Theoretically, the nations of South America’s footballing governing body — CONMEBOL —gather together every four years to compete for the title of best national team on the continent. In reality, it happens significantly more often, with this summer’s being the fourth tournament since 2015.

The Covid-19 pandemic threw the tournament another wrinkle. Like the Euros, this tournament was scheduled to be played in 2020 and was forced to move due to the pandemic. However, there have been much bigger roadblocks ahead than their European counterparts.

The tournament was scheduled to be the first-ever to be hosted by multiple nations, with the bid going to Argentina and Colombia. However, the pandemic has brought on a poor climate in both those nations to the point where hosting a continental football tournament seemed irresponsible. In Argentina, the country has been averaging above 30,000 cases of Covid-19 cases per day over the last few weeks. In Colombia, spiking numbers in the range of the mid-20,000’s have been coupled with ongoing unrest stemming from protests against the country’s president Iván Duque Márquez.

So last week, only 14 days before the tournament was set to start, CONMEBOL chose to move the tournament out of Argentina and Colombia. Instead, the Copa America will be hosted by Brazil, whose Covid-19 rates are averaging about 90,000 per day.

This tournament is one of the biggest, brightest, and best in the world when it comes to showcasing talent. On the pitch, the talent is displayed by players both established and up-and-coming alike. They’ll be doing all of this wearing the jerseys and badges of their respective home nations.

As we have done here twice before, once for the start of the European football calendar and once for MLS, we will be analyzing and ranking the kits of the nations playing in the Copa America. The jerseys will be ranked based on their style, traditions, overall color scheme, and uniqueness.

We’ll start at the bottom: 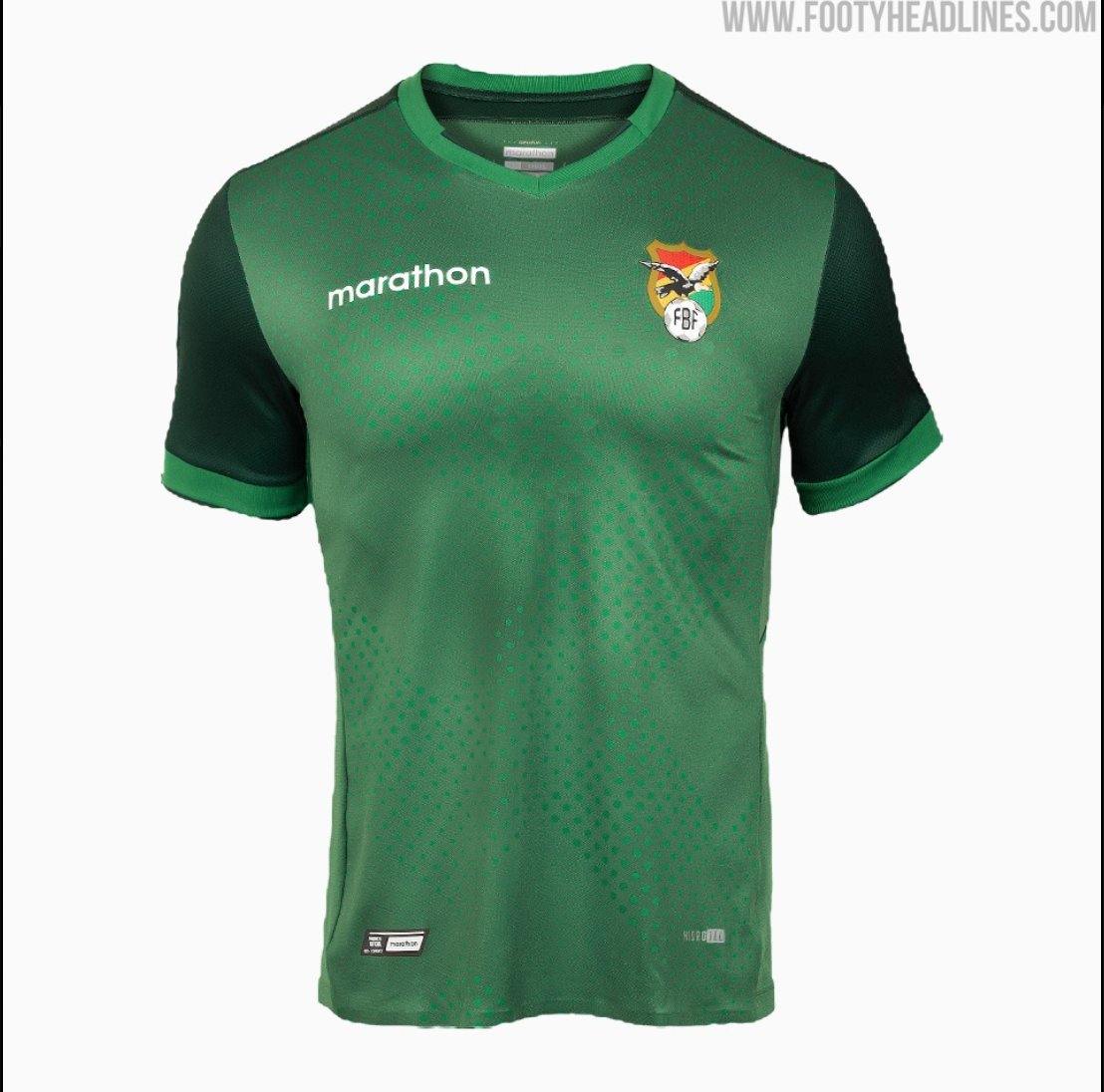 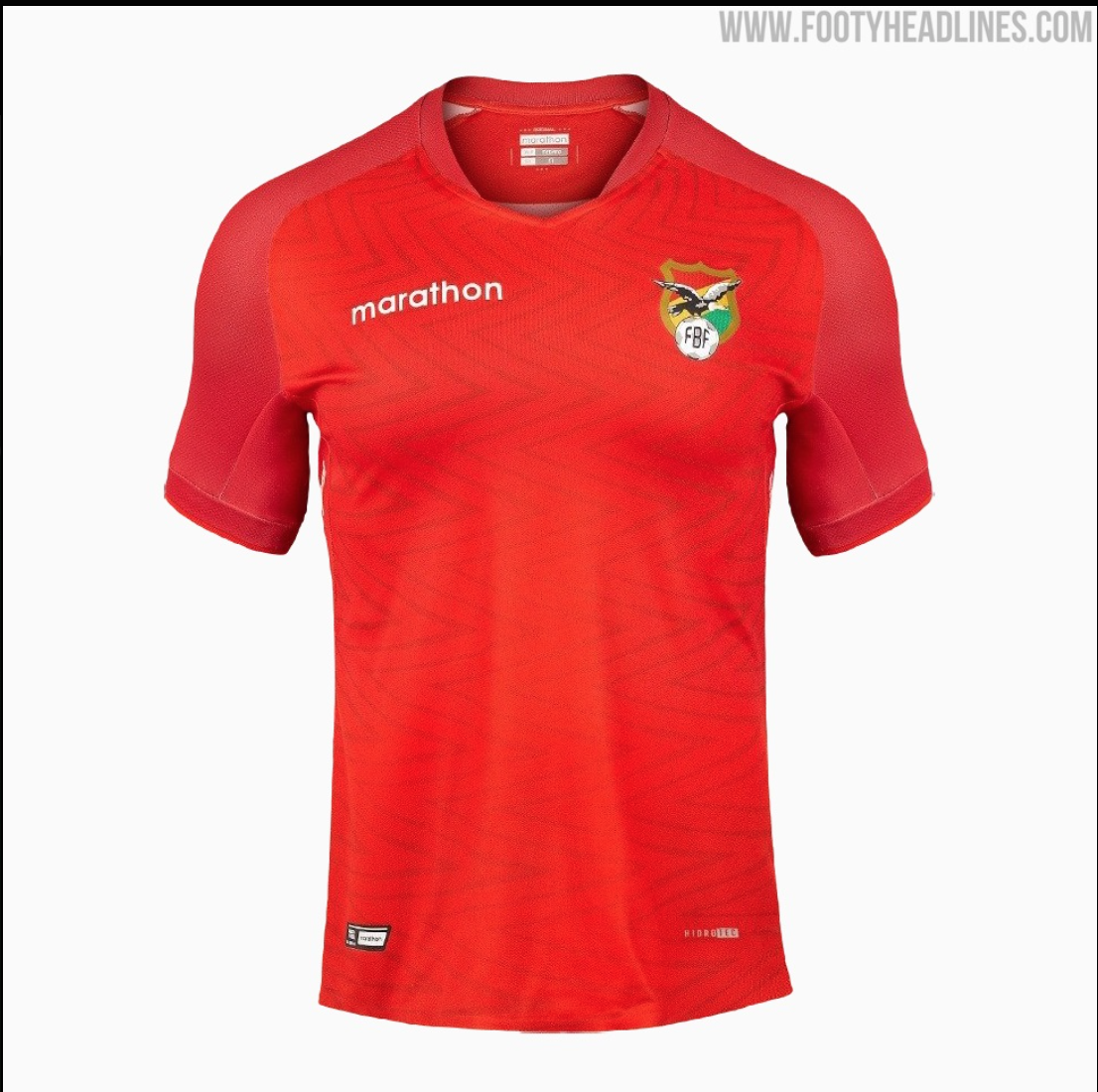 I don’t necessarily hate these kits, I just think Bolivia has had better offerings in the past. They seem to be the most boring shirts at this tournament. The subtle designs Marathon put on the front of the shirt are underwhelming and fail to stand out, especially compared to past kits worn by La Verde.

For a country that is as culturally bright and diverse as Bolivia, they should be wearing jerseys that accurately reflect that. This doesn’t do it for me. 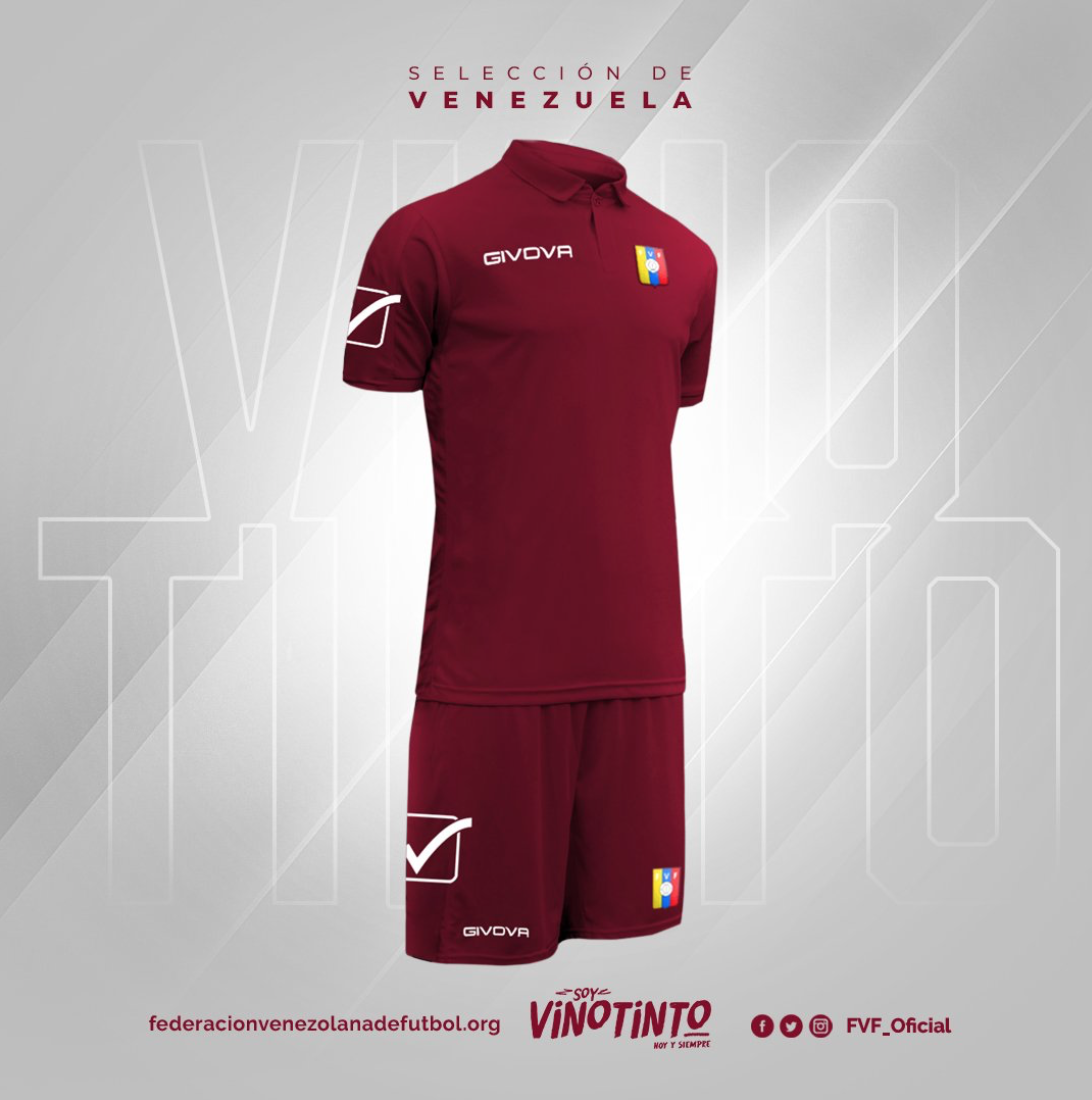 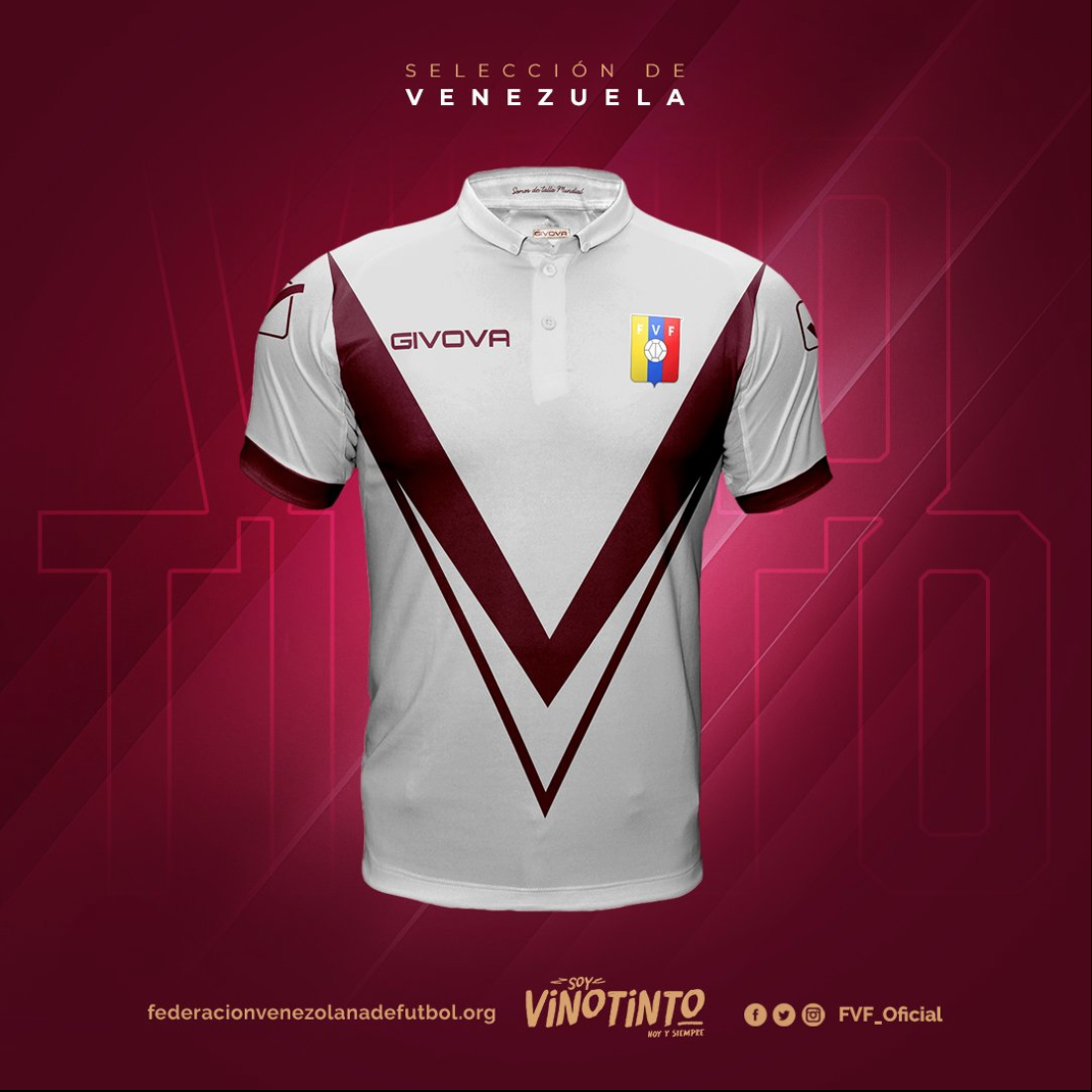 One of two nations to never have won a Copa America, Venezuela will be showing up to this edition of the tournament wearing the same jerseys they’ve had since 2019. After being sponsored by adidas for a long time, Venezuela switched kit manufacturers and went with Italian brand Givova. It’s unclear why La Vinotinto chose to not create a new kit for their team on the continent’s biggest stage. Despite the fact that both of these kits look rather nice, the lack of something new sinks Venezuela to No. 9. 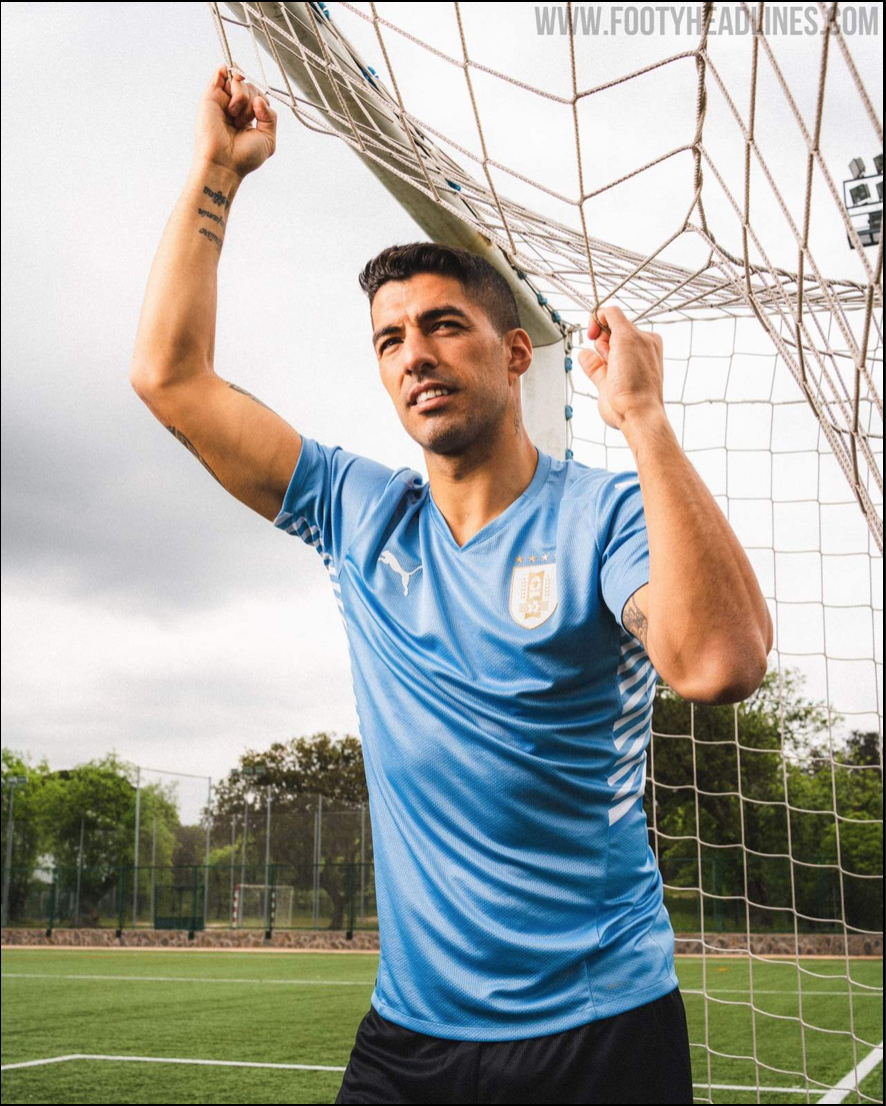 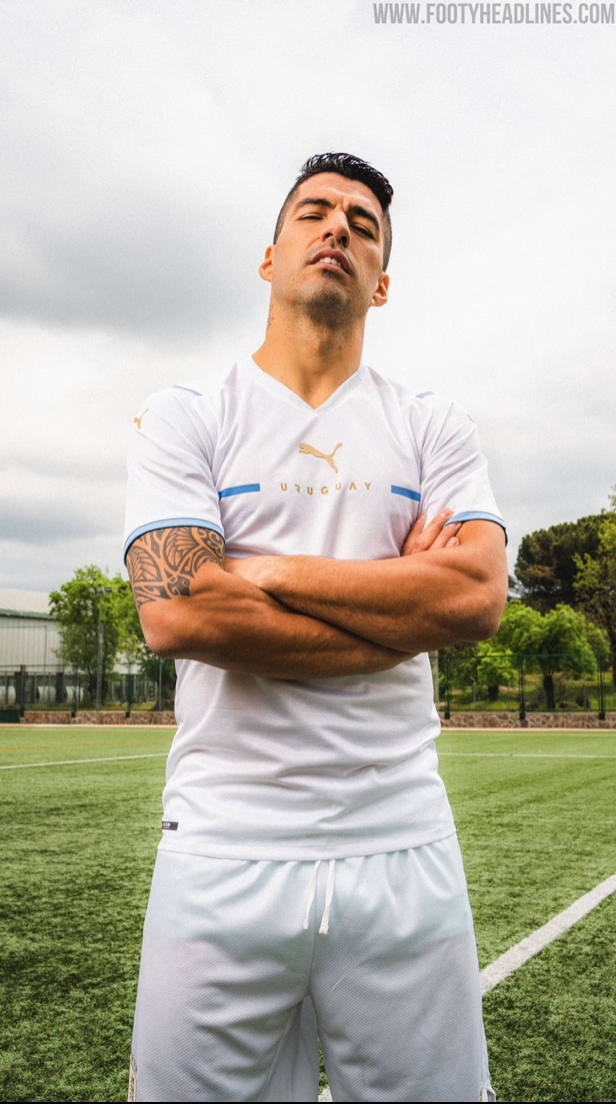 Yes, the only pictures of these kits that exist come from Luis Suarez and his Twitter account

This is not points off for the home kit. I’m a fan of the monochrome badge and overall, it seems like a well put together jersey for La Celeste.

It drops to No. 8 because of the away kit. This new Puma template of having the name of the country written out underneath a large Puma logo on a plain white jersey is weird and in some ways unsettling. These were all over the place in our Euros kit preview and I took points off there for this design. We continue that tradition here. 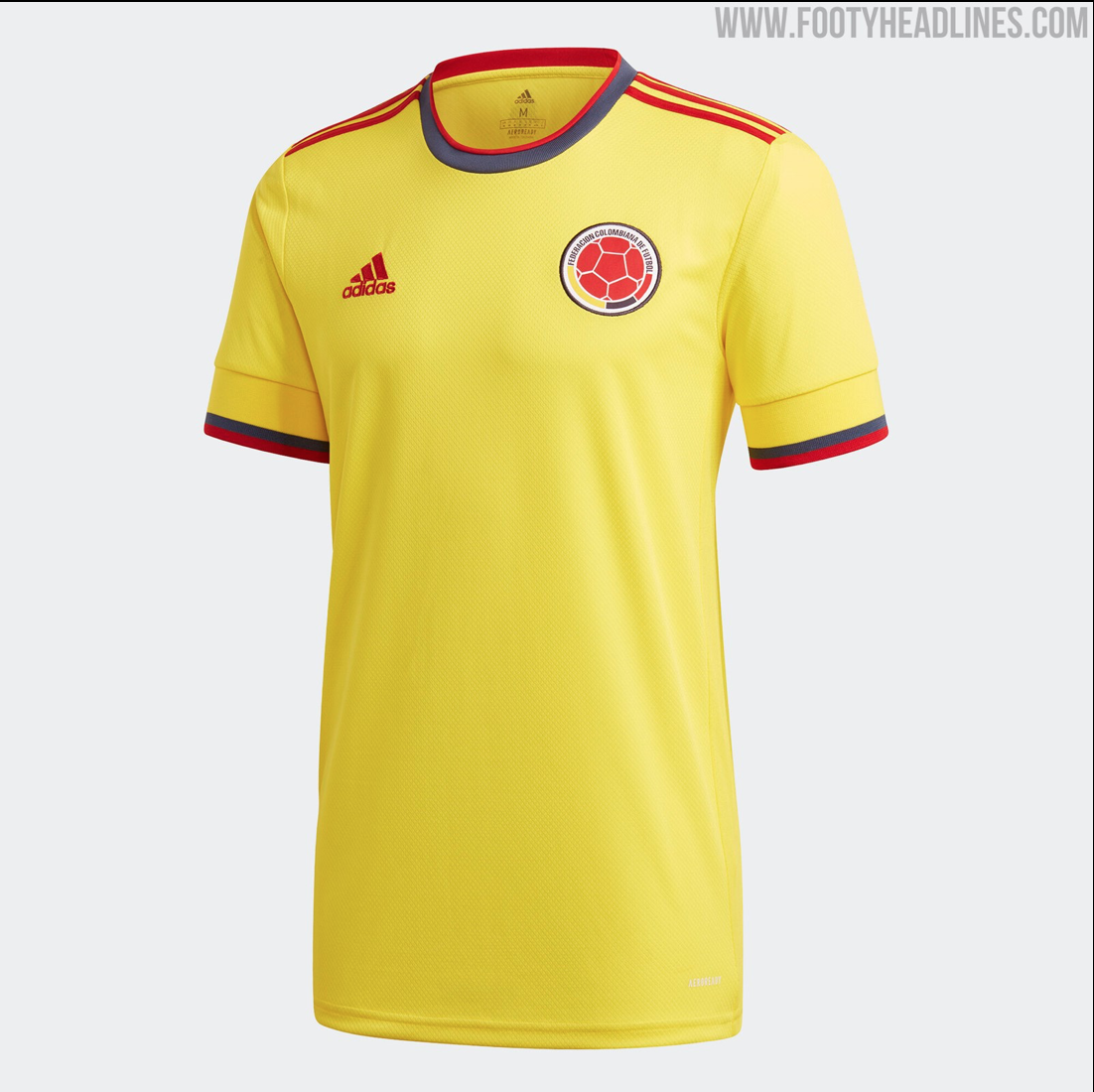 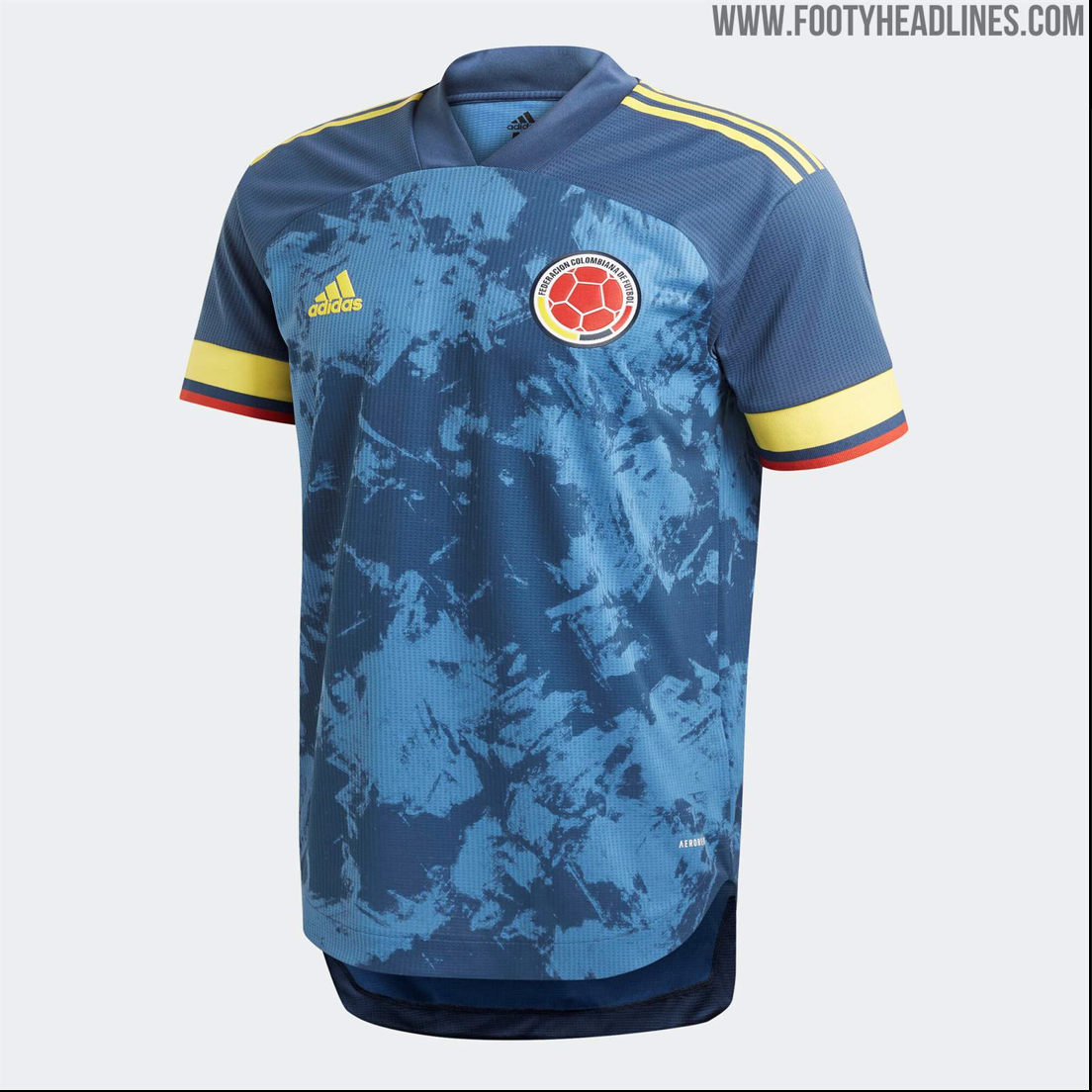 The bold away kit design from adidas sees them re-use a template which kinda reminds me of a Rorschach test. I love the Colombian flag at the bottom of the sleeves and the three stripes in yellow.

But the home kit looks...boring? It has the same flag motif on the sleeves, but it almost blends in thanks to the yellow on the Colombian flag being at the top. The home kits Los Cafeteros wore from the 2014 World Cup, the 2016 Copa America, the 2018 World Cup, and the 2019 Copa America are all unique and fantastic. For them to go from four bangers in a row to a kit that plays it safe seems like the opposite of their brand and sticks out like a sore thumb. 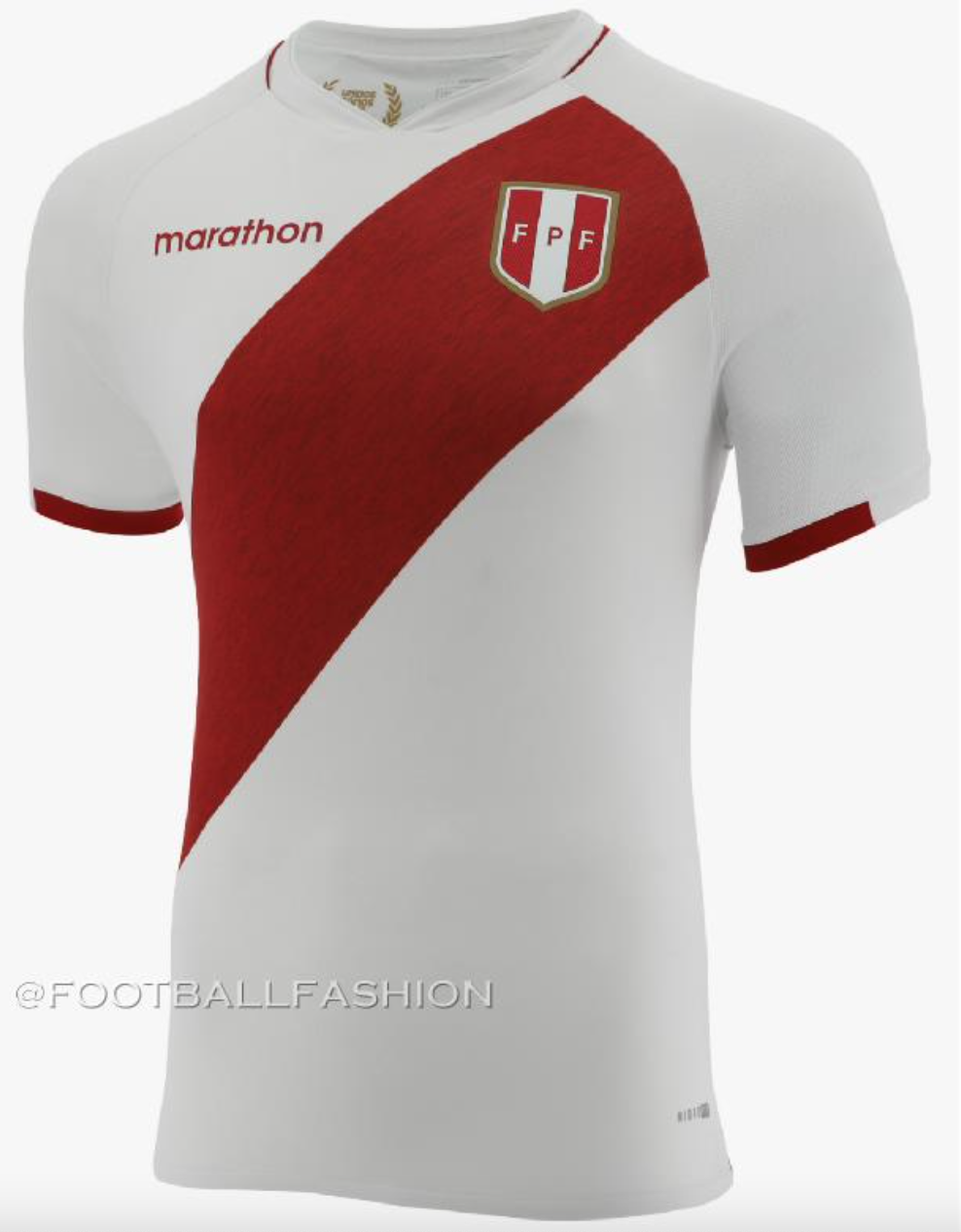 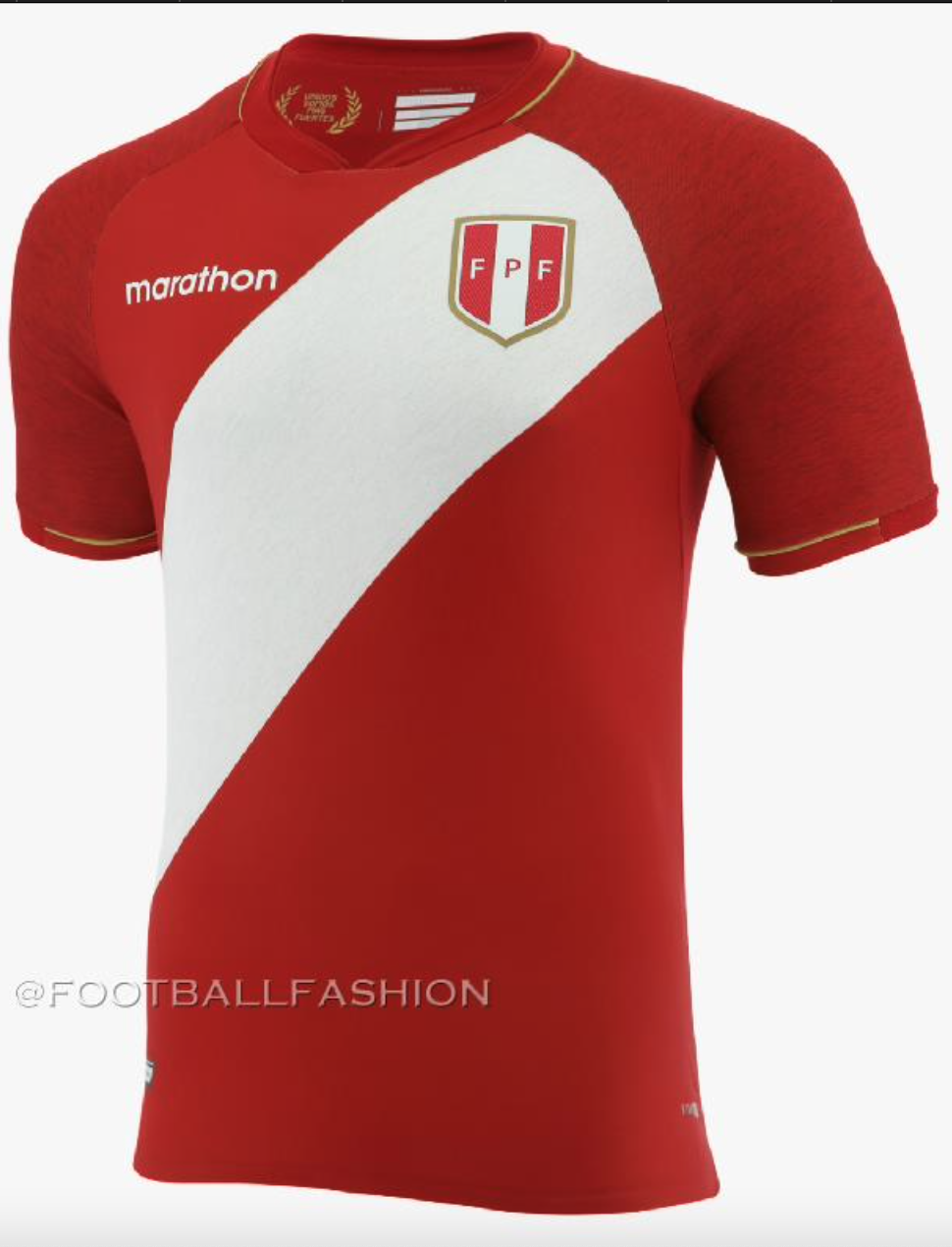 via Footy Headlines and via FootyHeadlines

You can’t beat a classic, and Peru didn’t decide to do that here. The iconic red sash stays on the home shirt for Los Incas and the inverse colors carry over to the away jersey. When matched with subtle gold accents, this is a great effort by Marathon to keep the tradition alive. 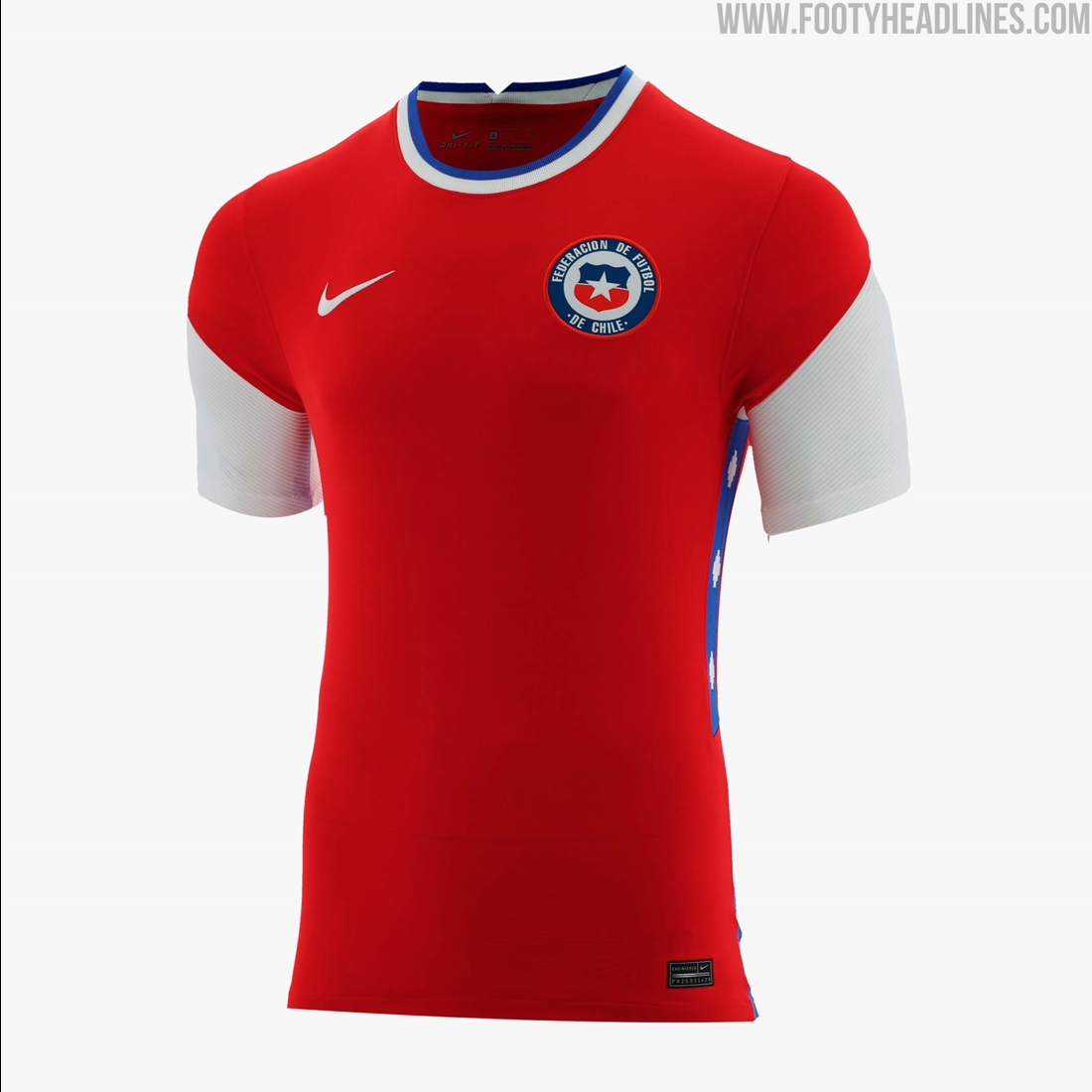 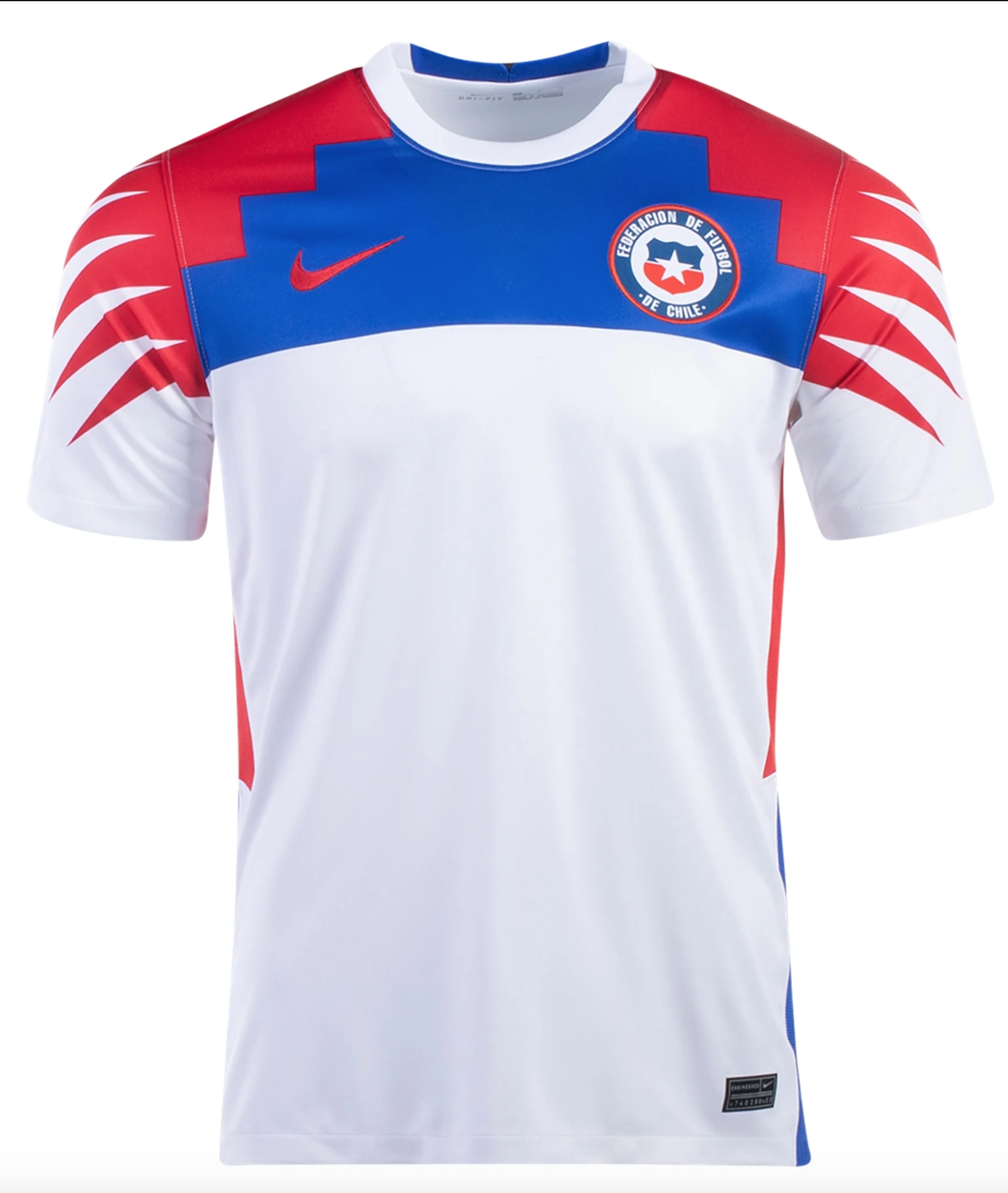 Like Puma, Nike also went down the national symbol route when they created their kits for Chile.

The home kit has a really smart collar and the traditional solid red of La Roja. The accents on the sides of the kit was inspired by Chilean textile patterns.

The away kit has a wild pattern on it. Nike doesn’t provide an explanation for the blue block in the middle of the chest, but says the red “wings” on the kit pay tribute to the national bird of Chile - the Andean condor.

And in case you were wondering, no, the Andean condor is not red. It’s the heaviest flying bird in the world and is a member of the vulture family.

Fun fact: the Andean condor is the national symbol for five different South American countries. While it’s nowhere on the jerseys of Peru or Colombia, it’s present on the crests of Bolivia and Ecuador. Chile is the only one who were brave enough to slap that bird on a kit.

At the end of it all, the wings on the jersey do look similar to those on the bird. But, it’s too garish of a design to be any higher than the top five. Nike does deserve credit for trying. 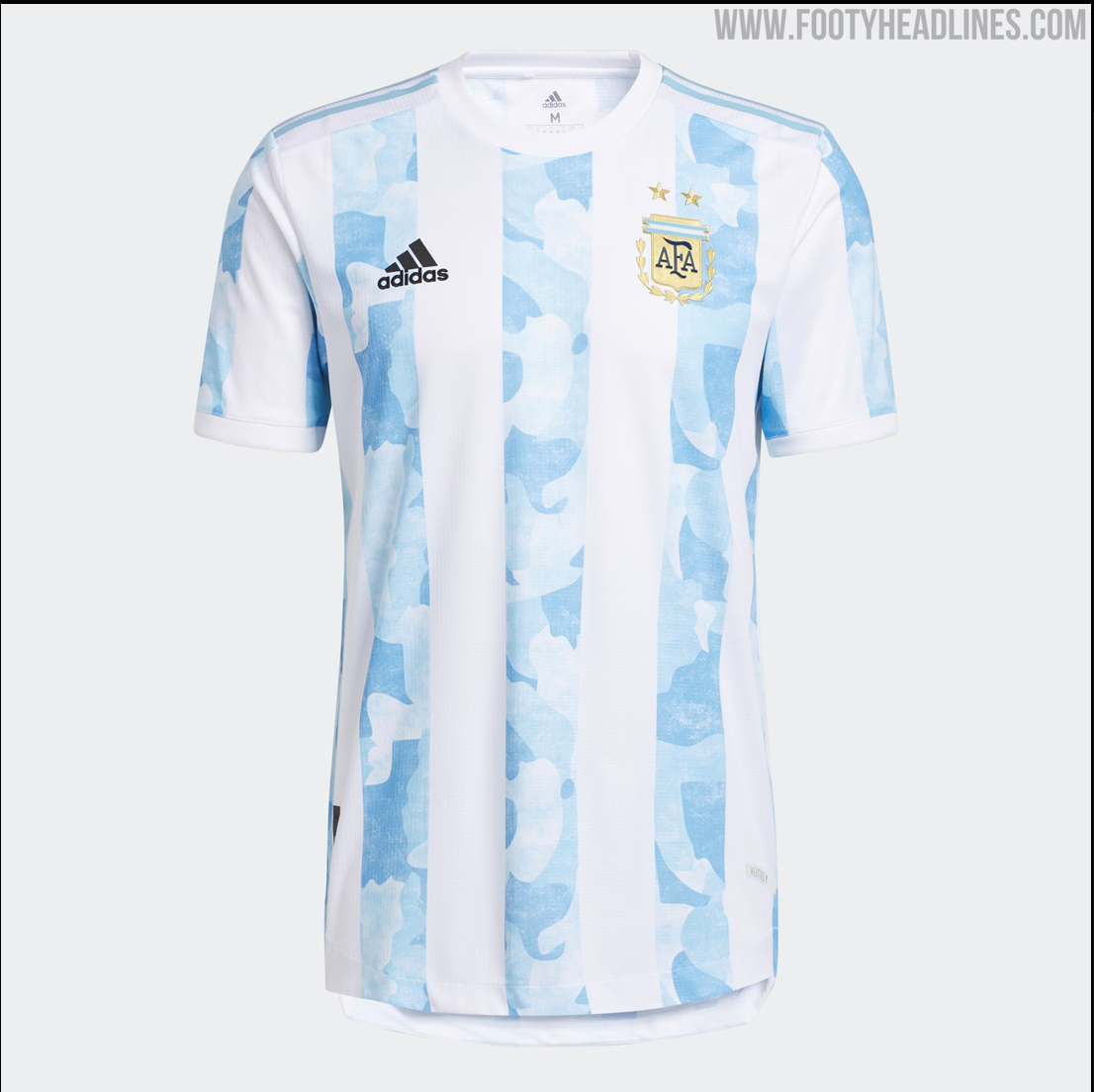 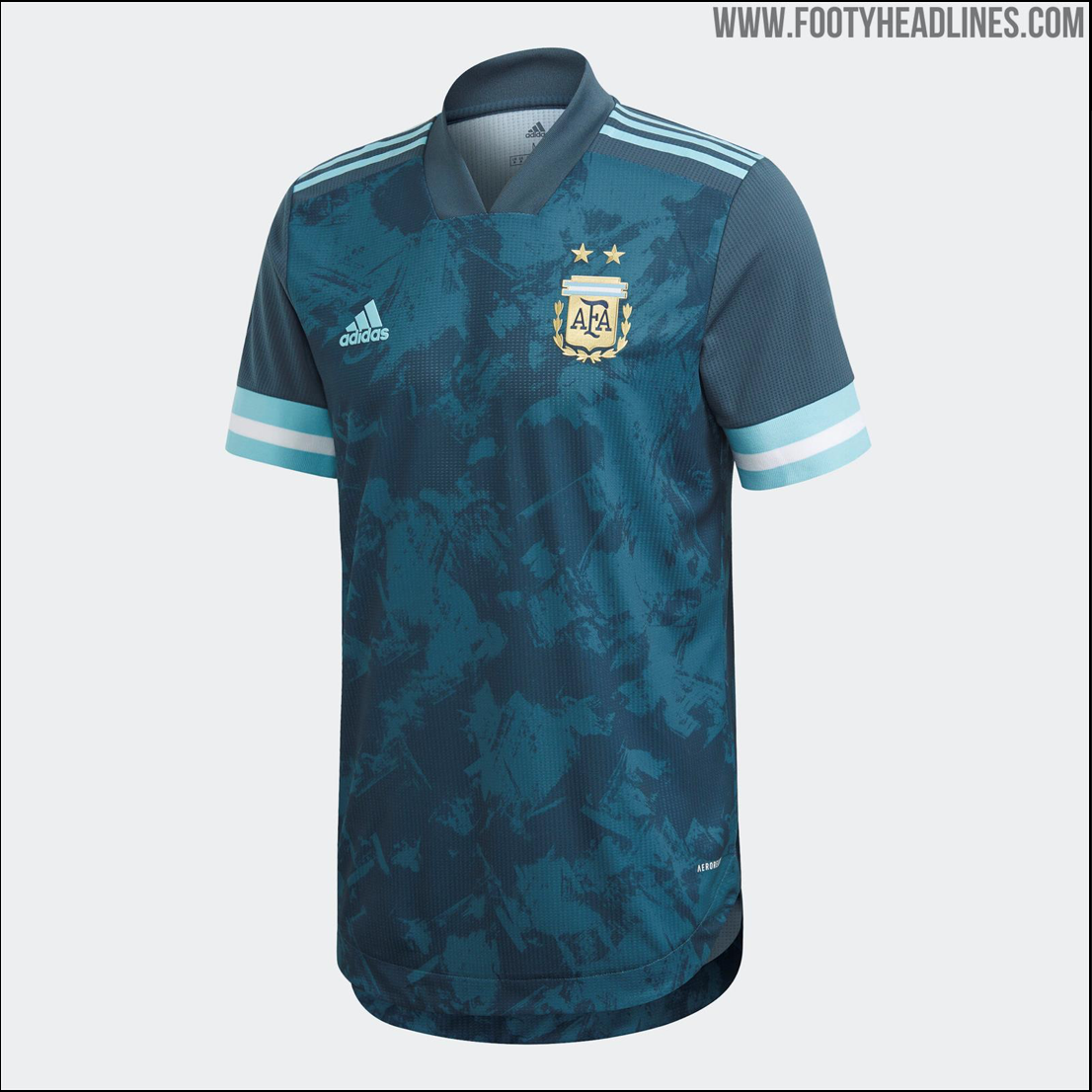 Let’s start with the away kit. That same Rorschach-esque pattern is back. If anything, it kinda looks like adidas decided to just copy the Colombia jersey and apply the same principles to Argentina. Let’s see here: shoulder stripes similar to the national colors, same shoulders being a blank slate, that weird pattern, sleeves that have the pattern of the national flag - yeah no that seems like a template to me. Though I’ll say this, if it is the template adidas is going with, I like it. It seems creative enough to stand out but ties back to the national fabric of each team.

The reason it drops to 4th on this list is the home jersey. To me, those stripes of La Albiceleste are sacred from a design standpoint. To put any camouflage pattern on it is sacrilegious. 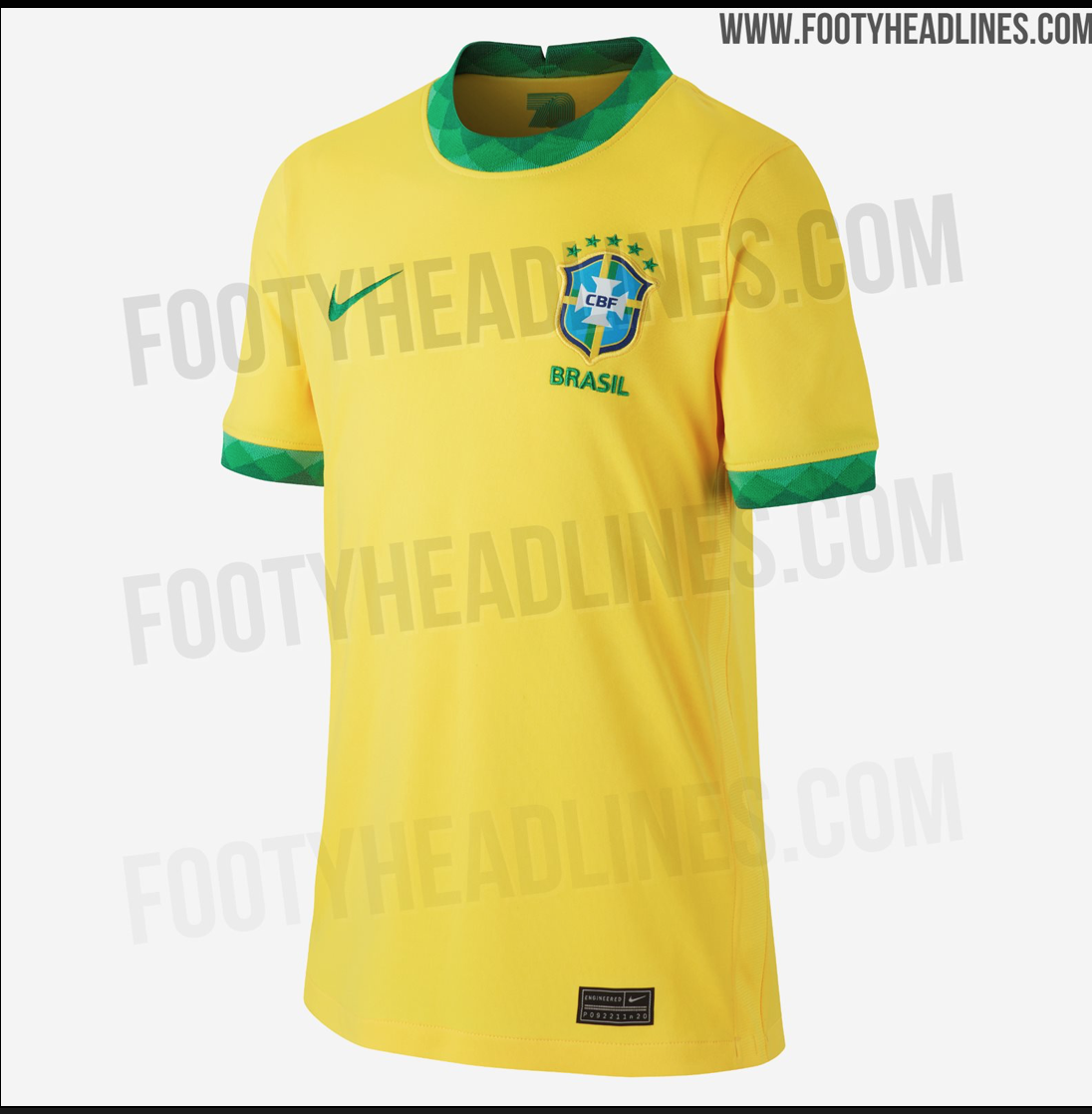 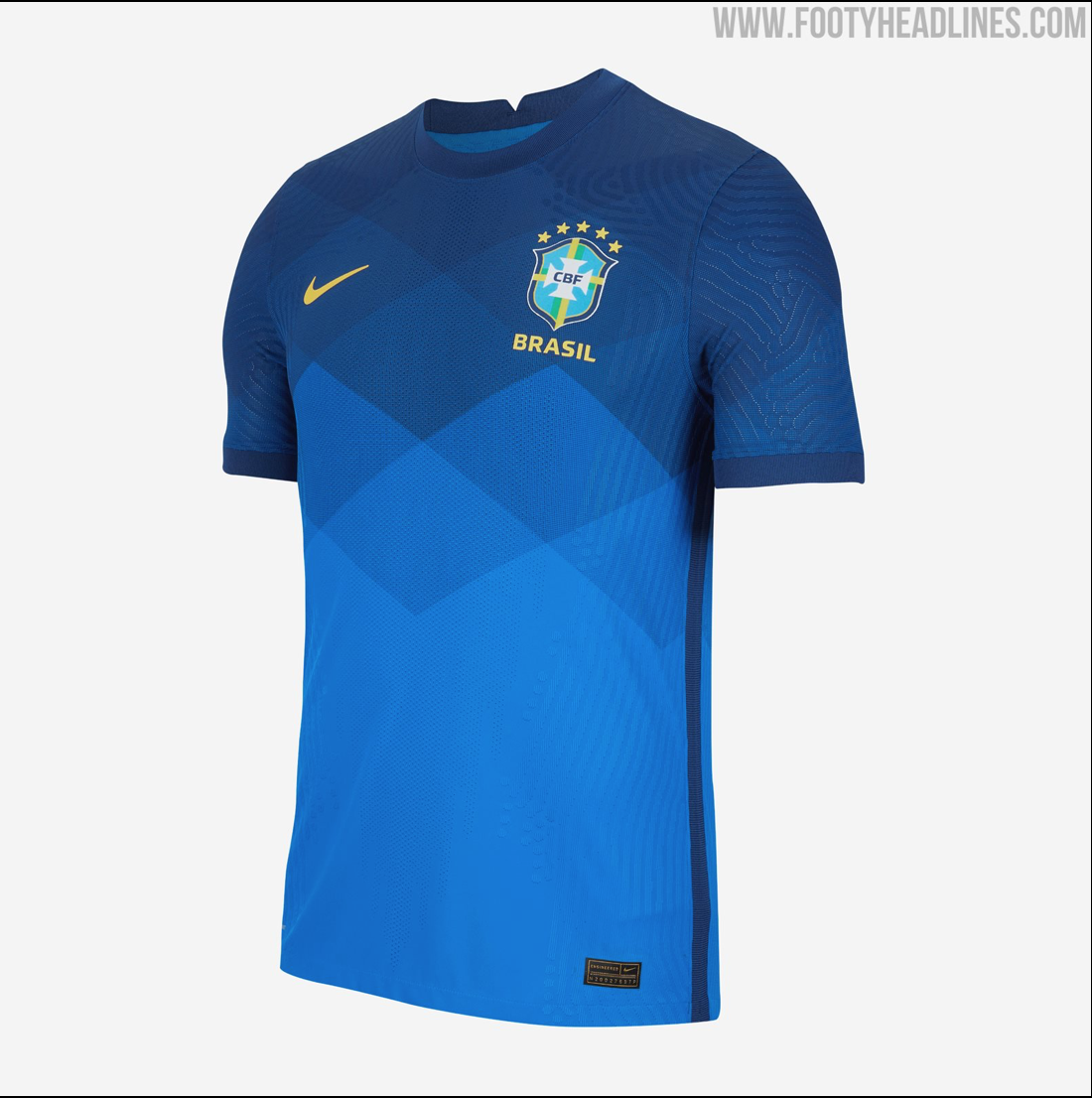 These aren’t bad at all. It’s hard to screw up the Brazilian home kit, and by my estimation, they haven’t (including 1994). Keeping it simple makes it classy and elegant at the same time. The away kit reverts back to the traditional blue after the Seleção wore a white kit in 2019 to honor the 100th anniversary of their first Copa America victory. The pattern here is subtle and clean at the same time and marks as a good way to return to the norm. 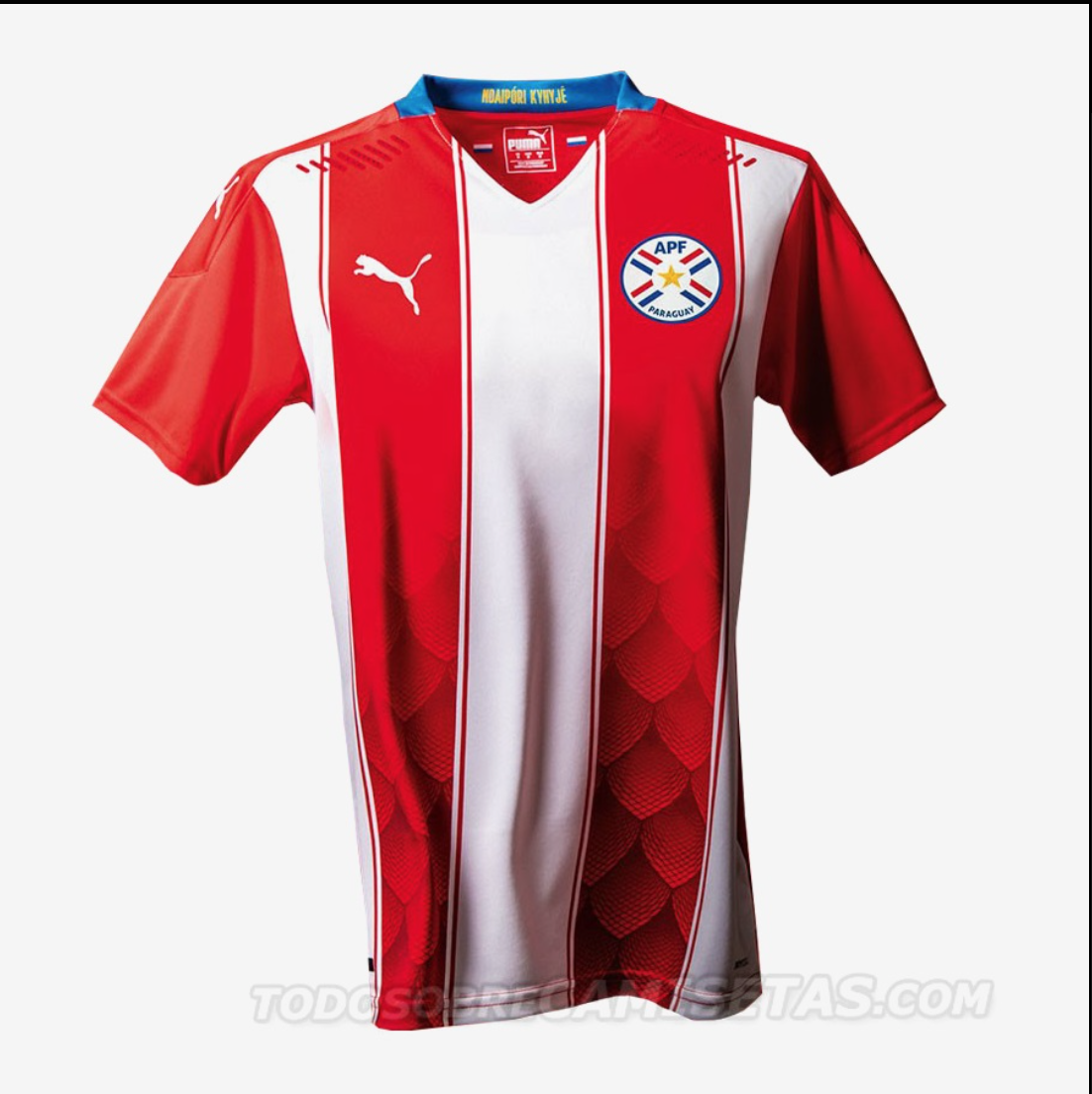 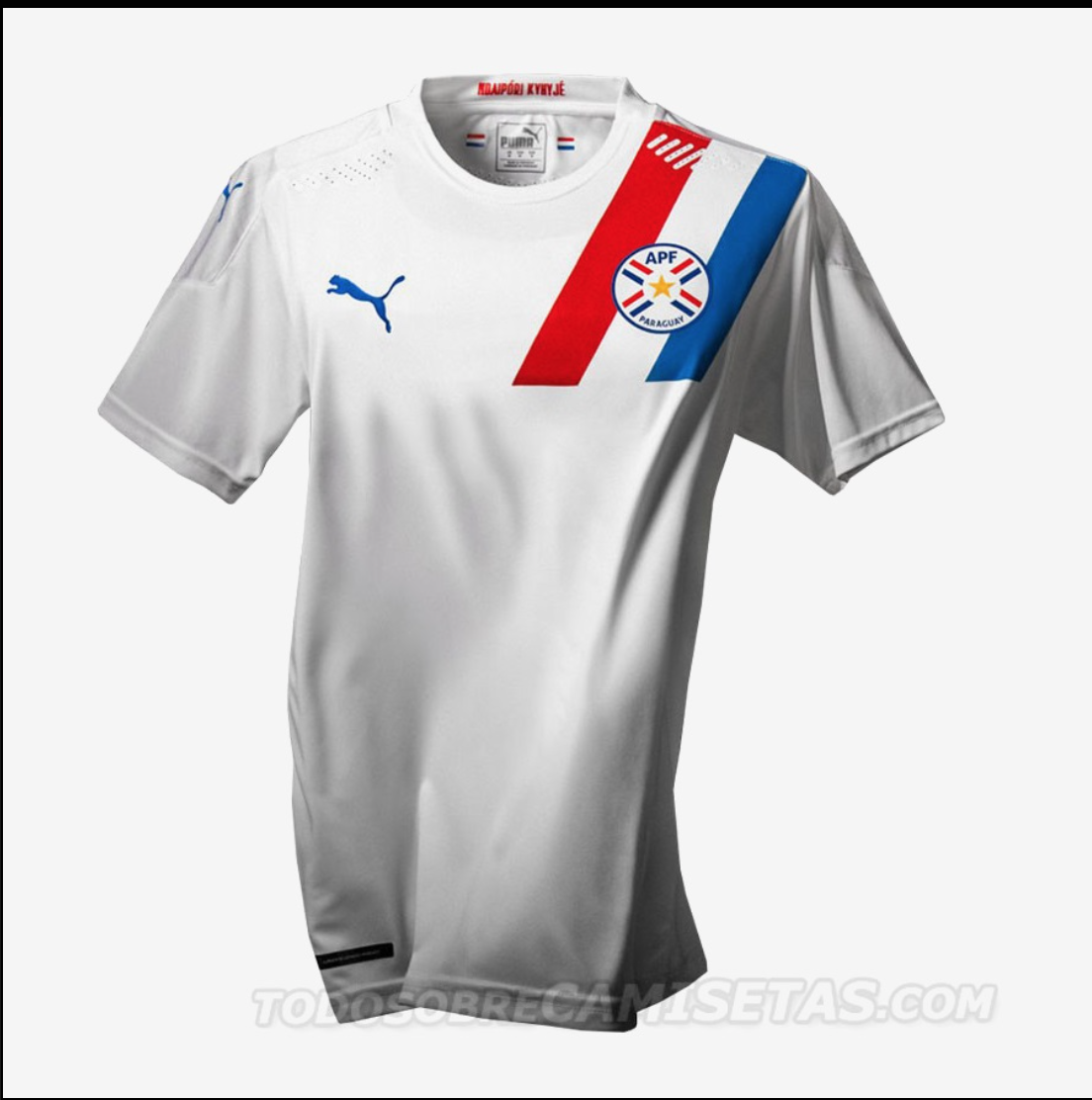 The home kit wins this one for me. In Puma’s first run with Los Guaraníes they tied in a number of important national elements in the kit.

Their traditional red and white home kit has a graphic toward the bottom inspired by a traditional lace artform known as Ñandutí. Inside the collar is the phrase “Ndaipóri Khyhjé”, meaning “without fear” in Guarani - an official language in Paraguay and one from its indigenous people.

On the away kit, a simple white shirt gets the addition of two stripes over the crest - one red and one blue - alluding to the national flag.

Puma did a great job with these kits and deserve plaudits for their effort. 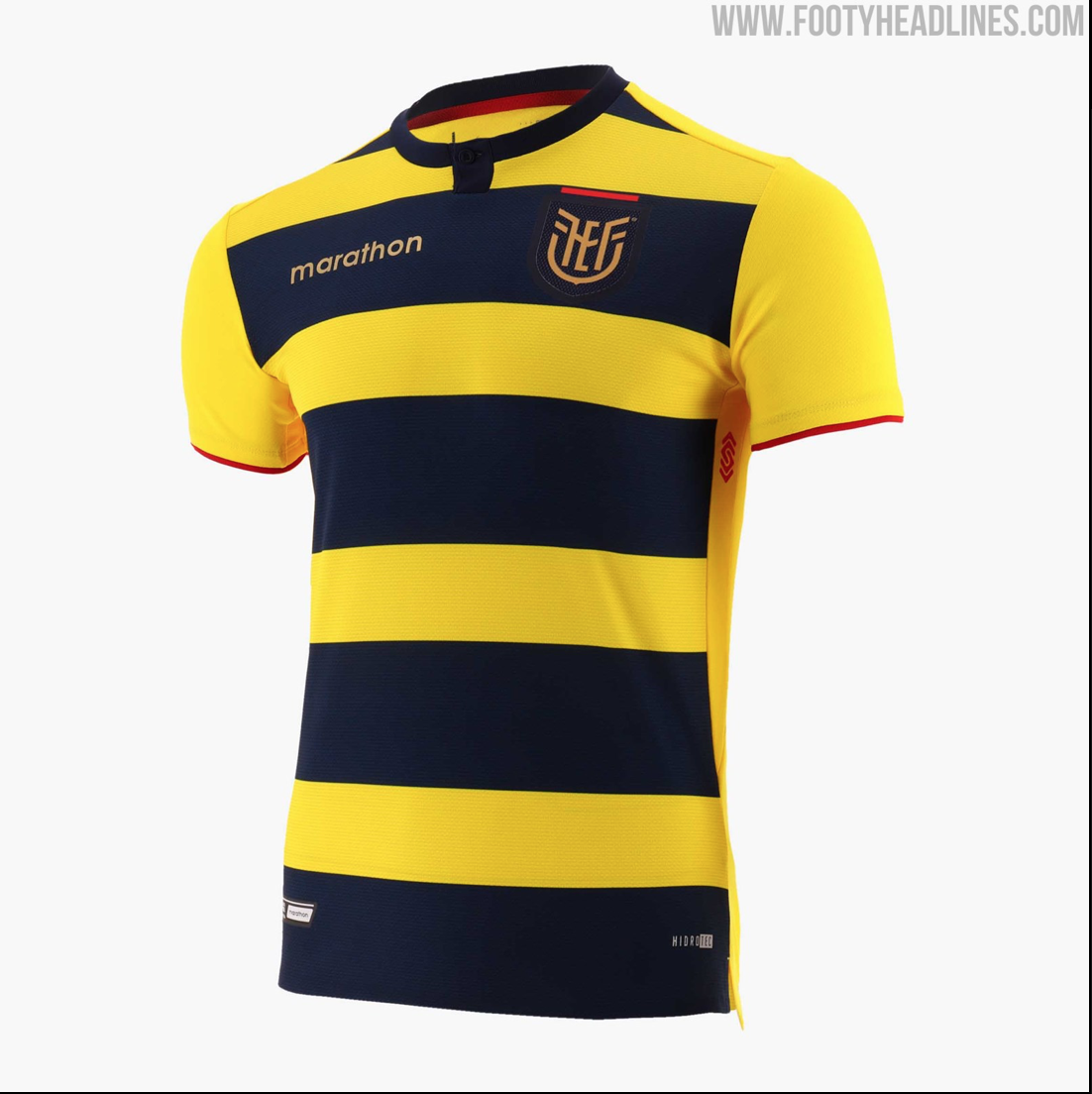 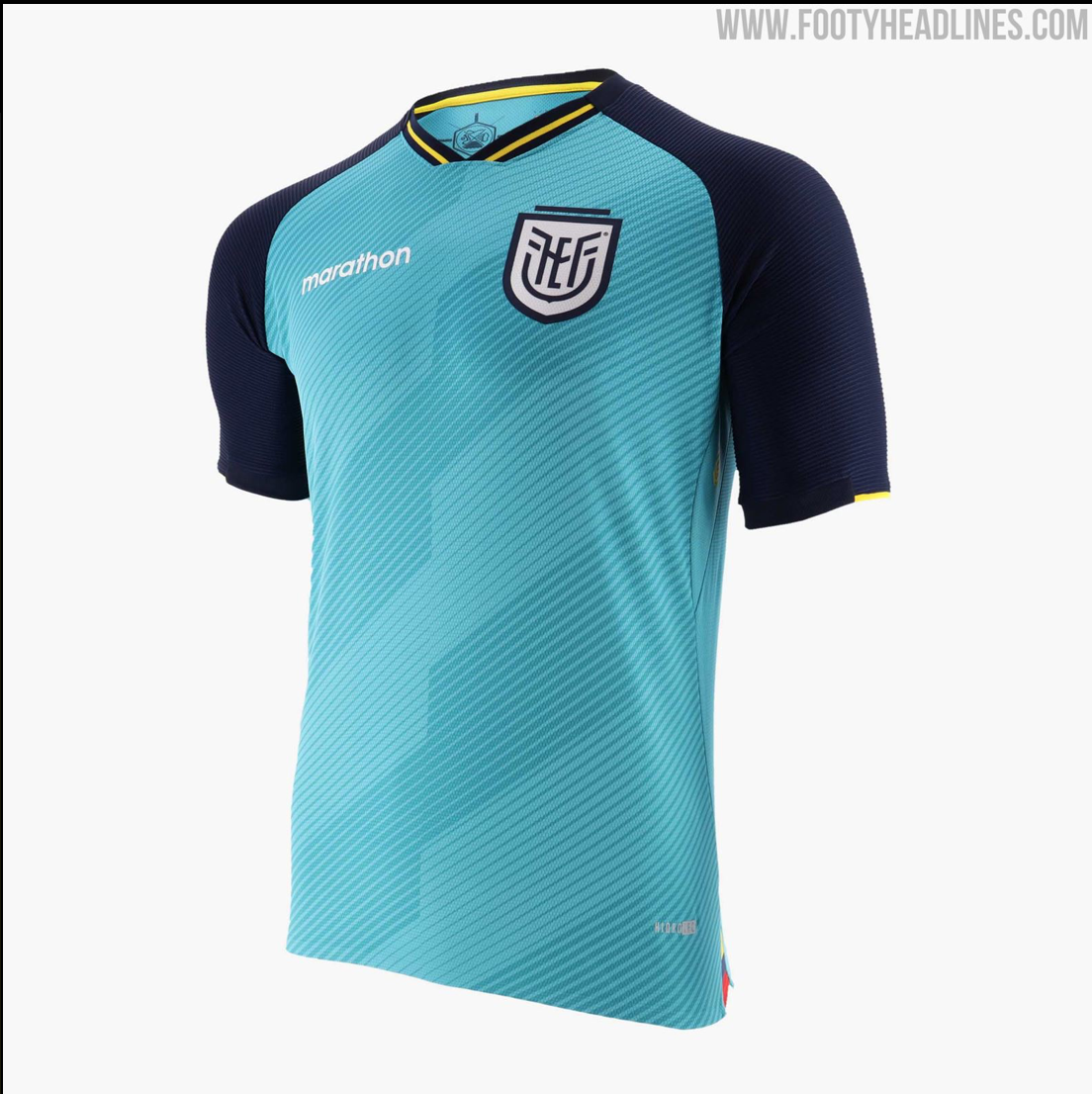 Back in January of 2020, Ecuador decided to rebrand themselves by dropping a new crest. They did so by creating an awe-inspiring two minute long video showing how each detail of the badge reflects the history and culture of Ecuador

With a logo reveal that good, they needed their first kits to be as outstanding. Marathon answered the call and made the exact kits this crest deserves. The home kit has a beautiful balance between yellow and blue stripes with solid yellow sleeves. The away kit has a monocolor badge, a fantastic turquoise color, and a great looking collar.

These elements themselves are good enough to put them at no. 1 on the list but there’s more. On the inside of each of the jerseys, under the back collar, they dropped yet ANOTHER beautifully designed logo that pays homage to the land Ecuador calls home.

While Ecuador isn’t expected to go far at this tournament, they certainly win Best Dressed.

Jake covers Bayern Munich and German soccer in writing and via podcasting at Bavarian Football Works. He also reviews jerseys for SB Nation. He can be found screaming into the void on Twitter @jeffersonfenner.

A look inside Japan’s obsession with bizarre mascots

That’s Weird: Hey uh it kinda seems like this Olympic swimmer got poisoned by her rivals