Michael Chang convinced me I could win a professional tennis tournament.

I was 10 years old, quickly getting addicted to television in one of the most seductive television sports years of all time. In January, Joe Montana found John Taylor in the final seconds of Super Bowl XXIII. In April, Rumeal Robinson made two free throws (after a horrendous foul call) to win the NCAA Tournament. In June, Chang cramped up and fell down and beat Ivan Lendl with Tiananmen Square news updates strewn throughout. A week later, the Bad Boys swept the Lakers. In October, an earthquake happened during World Series pre-game.

We still talk about all of these events, and the cast of characters in this soap opera is still mythical, for any number of reasons. Joe Montana and Jerry Rice. Mark McGwire and Jose Canseco. Isiah Thomas and Magic Johnson. Dennis Rodman and Bill Laimbeer. And do you remember how good a shooter Glen Rice was? These athletes and/or their personalities were super-human.

His playing style can be summed up in the "HURRGH" sound you make when you start sprinting from a dead stand-still.

And then there was Chang. He was generously listed at 5'8 (shorter than me!) and 135 pounds (115 in his thighs). He was fast, and he had a pretty good two-handed backhand, but his most dominant trait was his acceptance of mortality. His playing style can be summed up in the "HURRGH" sound you make when you start sprinting from a dead stand-still. He was spectacular in his total lack of spectacular qualities, but he knew you were mortal, too, so he waited. Two-set comebacks were nothing. He did it to Lendl in Paris in 1989. He did it to Horst Skoff in the Davis Cup semifinals in 1990. He did it to Lendl again in the Grand Slam Cup in 1991.

Chang once battled Stefan Edberg for five sets, five hours, and 26 minutes at the U.S. Open in 1992. This was before the Djokovic/Nadal/Murray marathon era. He won 20 five-set slam matches in all. He was both joyless and redemptive. He let you celebrate his wins for him, he hung out almost entirely with his family in private, he didn't date publicly (he didn't do anything publicly), and when he had downtime, he read the Bible. His style had underdoggy charisma; he himself had none.

In 1989, Andre Agassi was a year away from his Image is Everything commercial, but he was already making waves for boycotting Wimbledon over its no-style style requirements. John McEnroe was 30, and Jimmy Connors, though still good enough to claim the No. 9 seed in Paris that year, was 36. America needed a new tennis rebel; Agassi was happy to oblige. But at 19, he was already almost a disappointment. After seven ATP titles and two slam semifinals in 1988, he was hit-or-miss in 1989; in Paris, he lost in the third round to another upstart American, 18-year old Jim Courier. It would take him until 1992 to win a slam title.

The Pete Sampras of June 1989 was 17 years old, all legs and serve. He hadn't yet mastered his one-handed backhand or running forehand just yet, and he wasn't yet capable of backing up his big serve with much of anything, especially on clay. He won his first slam match ever in the first round of the French Open but got obliterated by Chang, the No. 15 seed, in the second round, 6-1, 6-1, 6-1.

Chang didn't have Sampras' serve, Agassi's return, McEnroe's volley, or Connors' charisma. Lendl once told him, "You get a lot of balls back but you have absolutely nothing you can hurt me with." But he had thighs, and he had balls. In 1989, he was young and dumb enough to think that was enough. And in Paris, it was. He beat the best player in the world serving underhanded. I could do that! So could you! Right?

Chang's win over Lendl in 1989 is rightfully celebrated but perhaps still underestimated. Ivan Lendl was a robot, a central-casting villain from Eastern Europe whose career was defined by unnerving and breaking down more charismatic champions. At 29, he was still within reach of his prime -- over the last four years, he had won six slams (including the Australian Open a few months earlier, not to mention two French Opens), reached the finals in three others, and reached the semifinals in still three more. He was relentless and stoic. When Andy Murray wanted to get more mentally and physically strong in recent years, he hired Lendl to coach him.

But as Chang's cramps took over in the fourth set, it was Lendl who became unnerved and broke down. Chang served underhanded. He stood inside the court to try to block Lendl's serves back with minimal movement. Lendl sneered, got frustrated, and started spraying the ball. On match point, with Chang seemingly only a few feet away, he double faulted. Lendl!

Chang's performance, both in Paris and throughout his career, inspired me, but being a temperamental idiot of a tennis player, I took all the wrong lessons. Instead of trying to outwork everybody and employ the patience of a monk, I just learned that it's really fun to hit two-handed backhands down the line. I did not win a professional tennis tournament.

*Score is a result of Chang managing to simultaneously be a 5.0 and 7.8.

Chang fooled us, of course. Working harder than everybody else is something only one person can do, after all, and while he wasn't yet ready for sustained stardom in 1989, he got there. 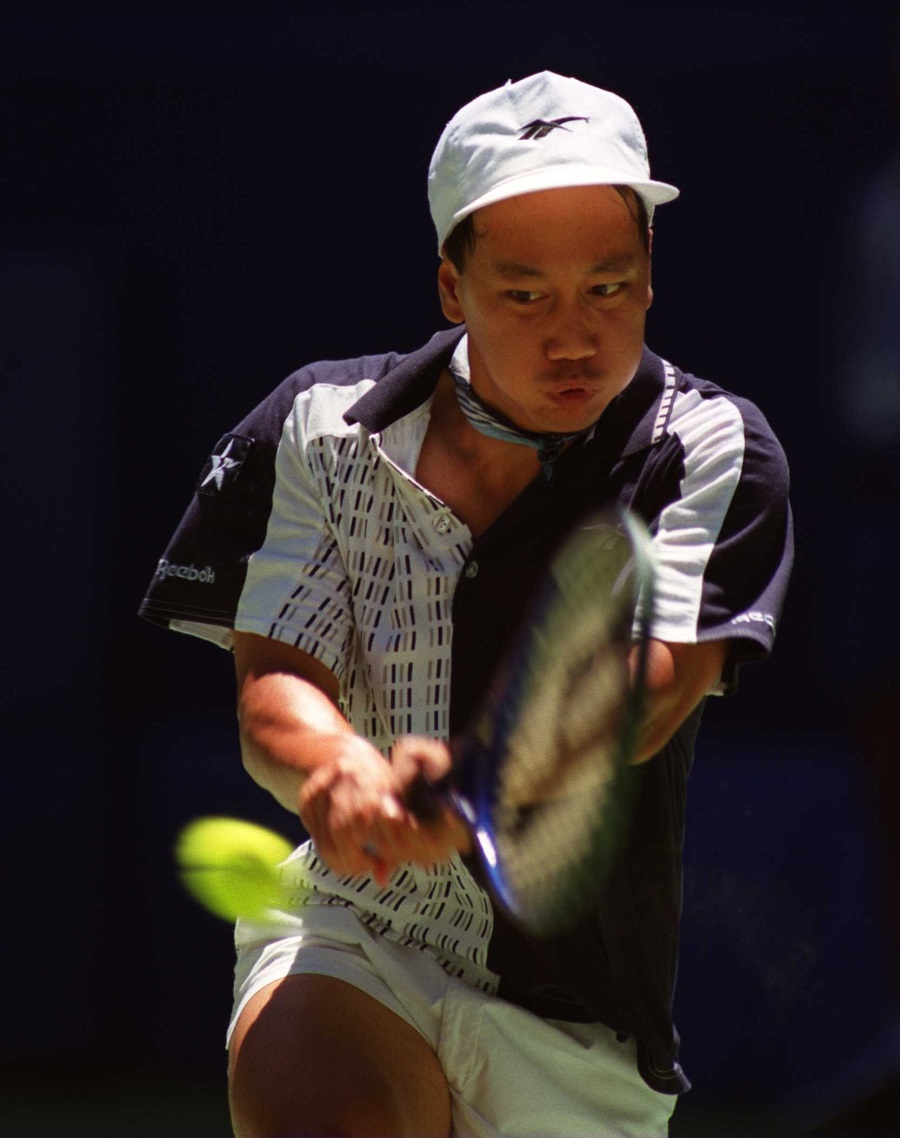 A week after taking down Lendl in the fourth round of the 1989 French Open, he won the whole thing; naturally, he needed a five-set comeback to beat Edberg, but he did so. Over the next three years, he reached only two slam quarterfinals (both in Paris), and his ATP ranking mostly oscillated between about 10th and 30th. With the emergence of Sampras and Courier alongside Agassi, America found more well-rounded, more powerful stars with higher upside. Edberg was still in his peak, and Boris Becker had his moments. But Chang re-entered the ATP top 10 in early 1992 and stayed there for most of the next six years. When racquets began to get bigger, he was one of the first adopters. Employing a racquet almost as big as he was, he hit the top five in 1995 and the top two in 1996. Between 1995 and 1997, he reached six slam semifinals and three finals, and he was at one point one win away from the No. 1 spot in the ATP rankings.

Chang always looked pained but was one of the tour's most durable, consistent stars in his prime. And if he was in pain, you probably were, too, and he knew how to deal with it better.

The tour got bigger, stronger, and faster, of course, and it eventually left not only Chang but every other American behind. Watch Rafael Nadal play, and you see Chang, only in the way that Oregon's offense in college football is reminiscent of Barry Switzer's 1970s wishbone. Nadal has absorbed everything Chang ever wanted to do and does it with more size, power, speed, and topspin. And he does it left-handed.

Chang's timeless American style of hustle and passing shots allows him to look like basically the same player on the senior tour, and his delegation of that style as new coach to Kei Nishikori has helped the 24-year old from Japan enter the ATP top 10 for the first time. The Chang recipe of grit, speed, defense, patience and passing shots will always have a place in tennis, even if it's difficult to see someone of his stature experiencing quite the same success 25 years later.

Of course, it was difficult to see it happening then, too, and it happened.

Michael Chang was every underdog mixed with every unfair Asian-American stereotype. He was relentless with a keen sense of fatality. We may have wanted to be Agassi off the court, but it was impossible for 10-year old with a racquet to not try to emulate Chang. He convinced you that you could beat anybody while doing things you could never in a million years do, namely "run hard for five hours" and "show one modicum of patience on the court." He was a joyless soul who, 25 years ago, provided one of American sports' most joyful moments. 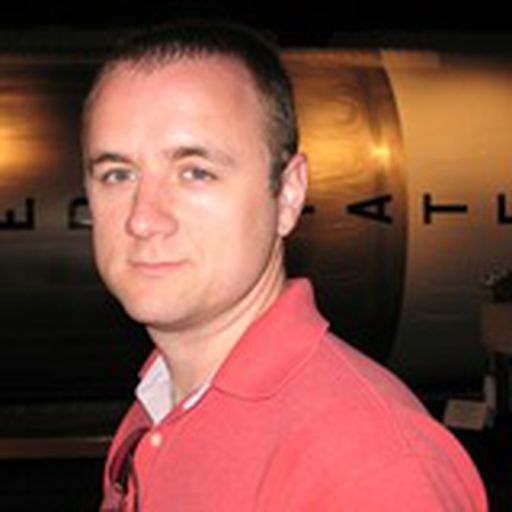 Bill Connelly grew up a fan of the Miami Dolphins (post-1970s glory), Pittsburgh Pirates (ditto), Portland Trailblazers (ditto again) and Missouri Tigers. That he still enjoys sports at all shows both severe loyalty and a potential personality disorder. He spends his evening playing with excel sheets and watching DVR'd football games from ESPN Classic. See more of his work at Rock M Nation, Football Outsiders and Football Study Hall.