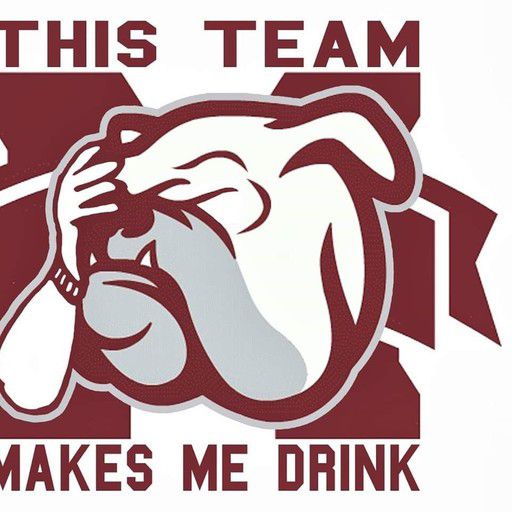 You’re comparing opting out of a meaningless game to practice and preparation? OK. I guess.

The point I was making is that Simmons played in a game that you would have probably also considered meaningless, yet didn’t get hurt. If the game took place and your team is playing on the field, it’s not meaningless. Not in my opinion anyway. Like you said, we can disagree on what meaningless is.

Also true. And juniors committing to the NFL opt out of a whole season.


Valid point, however I can accept them going early and foregoing their senior season more than I can playing an entire season and opting not to play the final game. You know, the opposite of getting hurt can happen too. They can have the showcase game of their life and perhaps even enhance their draft stock. For me it just shows disloyalty to the team. Once again, my opinion.
commented on Mississippi State football ends 2021 season with 34-7 loss to Texas Tech in Liberty Bowl from For Whom the Cowbell Tolls, Jan 7, 2022, 9:47am EST

If your team is playing on the field, it matters

Football is(at least was) a contact sport. You can get hurt in ANY game! So what’s next: I’m going to opt out of the Alabama game because I might get hurt or shown up by my opponent and it might hurt my draft stock. Or: I’m going to opt out this week against Alcorn State (or any other blowout non-con) because I don’t want to risk getting hurt and we’ll win anyway.
It shows a "me" mentality, not a team mentality. Jeffrey Simmons played in his bowl, and got hurt in the off season preparing for his first NFL season. So do you also opt out from training an preparing in the off season?