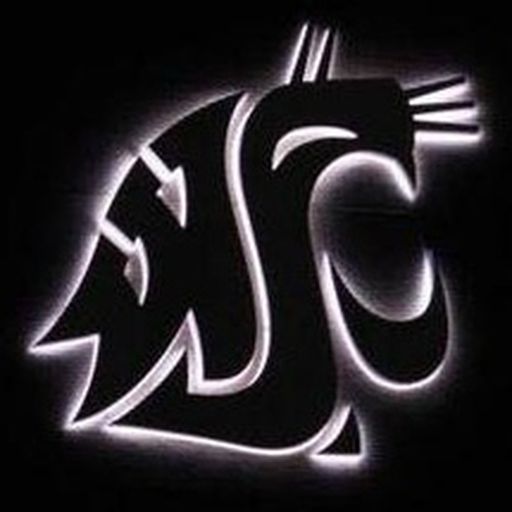 Cougbasketballrise's comment on What to Watch For: Scouting Stanford vs. WSU from CougCenter,

No buckets for 14 minutes doesn't win a lot of games

I bet someone may have written something about that.

I never go straight to the comments after skimming.

Him not getting offered anywhere other than Incarnate Word — and getting even that offer late in the game — to now being one of the top QB transfer prospects in the country, is remarkable.

Hard to see that coming

all over social media and various WSU online discussion forums is remarkable. I understand it completely. It has to concern athletic directors at relative have-nots, though.

I don’t want to get into the entire debate over NIL, the portal, immediate eligibility for transfers even when transferring intraconference, players sitting out bowl games, and all else, in part because we can’t really do it justice in short comments and because much of it has been fleshed out.

One interesting point, though, in terms of donors’ willingness to give money to schools like WSU and otherwise generate revenue in connection with football (buying road tickets or charter packages, attending events, and so forth), is that much of the discussion with these topics (especially NIL), at least with me, focused on direct impacts. ADs had to consider the possibility of donors shifting money from athletic department donations to money for NIL deals.

An additional aspect that may have been underappreciated is the indirect impact of all of this on schools like WSU. To take my own experience, I have what could be characterized as a healthier relationship with college football than I did several years ago. That also means, though, that I’m less interested in devoting substantial financial resources to it, not with the intent of making a statement, per se, but instead as a product of relatively muted fanaticism. Spending thousands of dollars traveling to a bowl game is less interesting when it becomes (more of) a meaningless scrimmage with numerous key players sitting out. Donating tens of thousands of dollars to the athletic department so WSU could compete on facilities, going in on a suite, etc., which I could justify (even if only marginally more rationally) in the context of several years ago, where media rights revenue sharing within the Pac-12 and budgets for facilities and staff at a Power 5 standard, is much more difficult to justify now. Yes, recruiting always has been a slimy mess and avenue for payouts, especially the further south and east one might go in the U.S., but if we now are in a situation where an underclassman starting quarterback who just led the team to the largest margin of victory by WSU in the history of the Apple Cup transfers with even partial motivation of getting more NIL money somewhere else (which, as I write this, we don’t know, and only is rumored; I suspect the picture is multifaceted), that’s a punch in the gut. It is one anecdote and might be explained away by some as owing mainly to idiosyncrasies of, or circumstances faced by, JdL, but I believe it at minimum suggests a much broader and deeper set of issues, and the massive number of comments suggesting lessened interest in WSU football and college football generally suggests that I’m not alone on this.

All of these changes have some benefits for players, to be sure. I even think it’s wise, albeit unusually pessimistic, for a player appreciating the relatively low likelihood of making real money in the NFL (especially, say, a 6-foot tall QB) to focus on getting what he can while in college. I think there could be some underappreciated detriments for players, too, but that would need to be better explored elsewhere, and they are more oblique than the direct benefits of some of these pro-player policy changes. As some comments above suggest, these can be good things. Other changes also could be beneficial.

There may be even more significant impacts on schools like WSU than one would appreciate from just looking at anticipated direct effects of all of these things, though.

say something along the lines of interconference matchups being set up among teams "with similar competitive profiles," or something like that, almost certainly meaning a pretty heavy dose of Indiana, Purdue, and the like barring a short-term scheduling model giving WSU a really good home game against a blue blood if WSU has been highly successful for several years. Pretty reasonable, really, and it still would be a pretty big game to get any P5 to Pullman.

Saban's evolution on offense is well-documented and pretty extreme

(Not that it’s a major point, but that’s a very odd one for you to make.)

Perhaps not long, but in any event

as I wrote in the context of NIL discussions, WSU is positioned terribly for NIL no matter what for all the obvious reasons (few local businesses, relatively small alumni base, etc.). If it has some kind of innovative program that outperforms its geographical and other limitations, better-positioned schools would just replicate whatever WSU was doing. Eventually, it all will filter out roughly consistently with how it always has been in terms of fan interest, donations, and boosters’ willingness to pay recruits, subject to certain G of 5 schools in large metro areas, especially with a lot of money (e.g., SMU) potentially positioned to outperform their historical standing.

the exchange of P5 TV money driven in part by, e.g., USC, Oregon, and UW for whatever could be had from some type of G of 5 / FCS hybrid, analyze the current expenditures for the athletic department and paying off debt for facilities that were built with the purpose of allowing WSU to compete in P5, and consider the reality of the proposal and what we likely would see on the field in the medium to longer terms. Then let us know how much you want to go all-in on this thing voluntarily.

The superconference thing or something similar likely will happen someday anyway, with the main question being whether it’s in 2022, 2047, or something in between. There also is the possibility football becomes a regional game due to CTE or various other things relevant on longer timeframes. There’s no way we should want the superconference model or anything like it to happen, though.

but not bringing in anyone because he and Gabalis are in the QB room, and as to your point more generally, not a chance.

You don’t know what has gone on behind the scenes. Labels like unfair, dumb, bad faith, ludicrous, and completely avoidable may be completely off-base, as may your characterization of the coaches’ actions and decisionmaking more generally. (It’s possible the facts are consistent with what you’re alleging, but we don’t know that.)

Gardnerj_21's comment on Washington State football looks ahead to 2022 from CougCenter,

Gardnerj_21's comment on Washington State football looks ahead to 2022 from CougCenter,