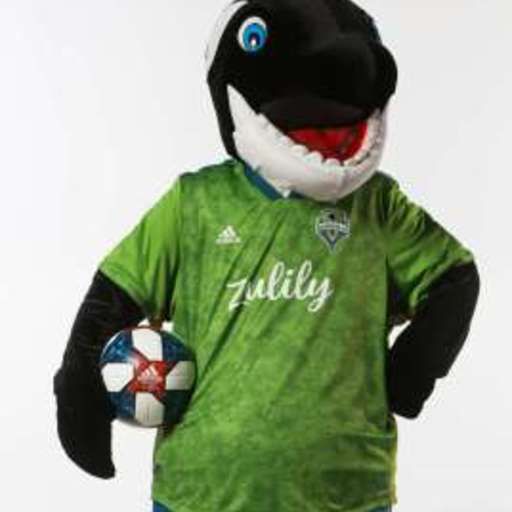 The fact that we are even having any kind of discussion beyond, "bye then, nutter" is insane

Sacred Heart and Deaconess hospitals in Spokane are jammed full of Covid patients and people here are trying to figure out whether Joe Rogan or Fauci has the better grasp of the pandemic.

This would be great were it not for the pitfall

All the natural immunity in the world means squat if you’re dead because you can’t oxygenate your blood.

I have resolved this mysterious mystery of enigmatic riddletude

We played two part timers in the back and they got beaten twice. Our 4th choice attack couldn’t match that production.

commented on Postgame Pontifications: The mystery of the flat performances from Sounder At Heart, Oct 19, 2021, 12:29am EDT

Deserve ain’t got nothin’ to do with it.

commented on Five thoughts about Sounders’ failure to launch in Houston from Sounder At Heart, Oct 17, 2021, 9:17pm EDT

Sometimes it ain't your night

More of that, please

Which is a shame, because this seems a perfect match to get him a dozen or so minutes.

Either he transforms into a jet plane or goes Super Saiyan.

commented on Nico Benezet is feeling right at home in Seattle from Sounder At Heart, Oct 15, 2021, 1:30pm EDT

I have to know

in the last quote, what did he say that was replaced by "[shit-posting]"

commented on Nico Benezet is feeling right at home in Seattle from Sounder At Heart, Oct 15, 2021, 12:08pm EDT

I have watched admittedly few OL Reign minutes, but what I have seen in the 4-5 matches that I have watched leads me to the opinion that Rose Lavelle does not bring her success from the WNT to the club. Am I off there? I expected a lot more from her based on her excellence in international play and so far, I just haven’t seen it.

Please tell me I’m just not watching the right minutes.

Merrit Paulson let yet another wonderful opportunity to shut his gob pass him by.

Sometimes you gotta grind one out.

commented on OL Reign vs. Portland Thorns: Livestream, how to watch, TV schedule, lineups from Sounder At Heart, Oct 14, 2021, 9:49am EDT

Like the ball wasn’t doing what they expected it to do, weird dead spots, etc.

I dunno. Points is points.

commented on OL Reign vs. Portland Thorns: Livestream, how to watch, TV schedule, lineups from Sounder At Heart, Oct 14, 2021, 12:31am EDT

So, my son plays on his HS gridiron team

they are a school known for XC and large enough to be 3A, but participation is such that they asked for and received an exemption to be 2A.
Even so, those kids get absolutely speed-bagged sometimes. Hell, last game they played, the other team ran the same RPO QB run about 50 times and absolutely gashed them.
It sucks. It sucks to watch these kids show up week after week, give the maximum effort, and still get crushed underfoot. The team had all of one win in 3-4 years before going down to 2A and are now, finally, competitive in many games.
Last season, the big rival (who had a QB not too long ago who is playing on Sundays now) was absolutely crushing them. Up 30+, they on-side kicked and recovered. I’ve never wanted to Stan Marsh a guy more in my life. Here were 28 or so kids getting their asses beat, and on top of that the other guy wants to make sure they know he’s just fucking with them. It’s a credit to my son’s coach that the team never looked beaten. Defeated, outscored, yes, but not beaten.

So, tl;dr- there are kids on the other end of that record setting performance who are giving everything they have and while they should absolutely be made to feel that their effort was not going to get them the win on that day, they should never be made to feel humiliation.

Does so many things so well.

Curious to see where that goes

Behind every great fortune is a great crime.

Usually because grandpa got away with a huge crime

Gotta comment on tonight's news as our resident Raiders fan

Yeah, I know. I’ve been on the rollercoaster since 83. No getting off now

The worst excuse I ever heard about racism in speech was Slash trying to excuse the n-bomb in a GnR song by saying, "The dictionary says it means a ‘stupid or silly person.’ "

The second worst was Jon Gruden trying to bullshit his way out of racial stereotypes he put out in emails. The more that came out, the worse it got and he resigned as HC tonight. Good.

His words disparaged LGBT players. He currently coaches the only openly out gay player in league history. That was enough.

He disparaged women, had gross things to say about executives’ masculinity, and showed the kind of smug obliviousness that too many people in power have had for too long.

He tried the "sorry if anyone was offended" route. Not good enough. He was asked to resign and did.

Gruden learned nothing from this, which is the worst part. "I’m not a racist" doesn’t excuse behavior that harms minorities. I hope that he comes to understand that and advocates for better behavior, because he has a fantastic opportunity to fo so and his voice could be a powerful one.

Truly, the wrong people have all of the money

If I had a fraction of the cash on hand of one of our in-state Smaug wanna-bes, I wouldn’t shoot me and my buddies into high altitudes. I would end homelessness in Spokane.

Can’t see a new SSS exclusively for Reign in Seattle.

I think they meant Sonics

I don’t think the intent is the same. I hope this works out for the region. I am starting to really like this team.

I get what you're saying

I just don’t see how it improves upon "too close to call, flag down."

Just bought the Eberron sourcebook for D&D, there's a lot there

Got my boys back into it with Candlekeep mysteries and want to make a campaign for them. Pretty different world than the Forgotten Realms setting.