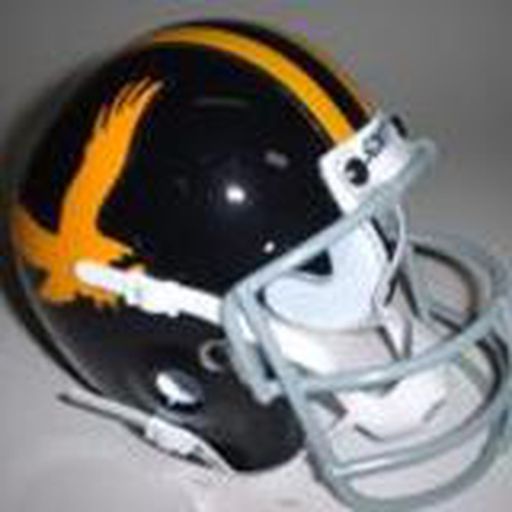 Bringing his foul rate down

under one foul per minute will help keep him on the court. That was a very nice development. He looked like a rotation player vs garbage time guy.

I would be happy to finish 12-2 again

KF: I’ve just read into the mind of a genius. Harbaugh knows more about football then any of us could ever hope to learn in a dozen lifetimes. His victories at Wisconsin and PSU were perfect, perfect. The thing is, he knows that… and perhaps that’s his weakness.
BF: Sir?
KF: Pride. Pride’s a weakness.
BF: Personally, I would prefer stupidity.
KF: Pride will do.

Well, he did say he would meet with them privately

I can see that happening. I’m sure he did that first. Then probably in front of the team in practice a few times. When that didn’t take, he took it up a notch.

The maintenance guy turns off the AC in front of him

and routes it all to the ducts behind him for a nice tailwind to get the extra couple of yards.

They don't have anyone on defense that can make plays, right?

So let's pick runs maybe that are smart

Wouldn’t that mean less OZ and more between the tackles?
Of course not. That’s exactly what they would expect us to do.

It's because Spencer Rattler is transferring in

Bwahahaha
Can you imagine if KF/BF pulled a Wisconsin Russell Wilson? Next year could actually be special.

Only when using 2 weeks to prepare a beautiful gameplan

against a stubborn Iowa team that won’t adjust.

Padilla will get picked multiple times against a team like Michigan

He is less accurate and throws passes where he shouldn’t, like the way underthrown deep ball to a guy sandwiched between two defenders last week. Turnovers that give a short field are a recipe for disaster with this team since we can’t score even to overcome field goals.

Padilla is absolutely more mobile and throws better on the run because Petras is trash on the run. Petras will likely get sacked on back to back plays a number of times on Saturday. He won’t throw as many interceptions though unless he tries slinging it to Ragaini over the middle resulting in tipped passes.

Pick your poison. Both would likely struggle mightily, but KF probably figures sacks and a punt are better than interceptions.

Let’s assume Michigan wins. They’re in.
If Alabama has 2 losses, they should be out of the top 4.
If Alabama wins, the SEC gets two in the playoff and OK State gets left out with Michigan and Cincinnati big in. Even if Alabama loses, they could get left out.
Both conferences would love a Michigan loss.