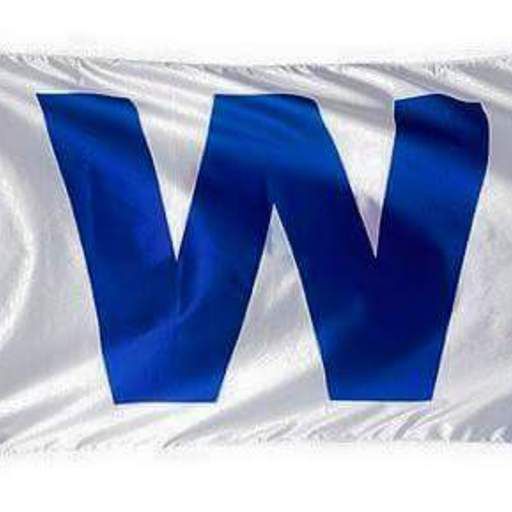 Your Cubs' Starting Shortstop in '22...If The Labor Situation Allows

With the news that Scott Bora$, I mean Boras, will now be representing Carlos Correa once MLB gets a new CBA squared away, I have news for Cubs’ fans. Forget about Correa coming to the North Side unless Tom "Mr. Moneybags" Ricketts is prepared to overpay to get the shortstop out of Houston. Money shouldn’t be an object to this team, especially with Marquee carrying all the games, but the regional sports network isn’t the moneymaker the Cubs hoped for when it launched in 2020 before the pandemic shut everything down.

You read it here. Forget about all the talk about him becoming a poor man’s Chris Taylor or Enrique Hernandez. Cub fans better get used to the sight of Nico Mackie Hoerner playing shortstop for the Chicago National League Ballclub if MLB does play this upcoming season whether we like it or not. Nick Madrigal (Remember him?) plays second base full time if MLB plays. The same Madrigal that the Cubs got in the Craig Kimbrel trade that also brought reliever Codi Heuer to the North Side from the White Sox. The Sox are going to also regret losing Madrigal.

Also, stop the nonsense about Madrigal DH-ing, too. That’s not happening either.

commented on Outside The Confines: Making the switch from Bleed Cubbie Blue, Jan 19, 2022, 1:56pm EST

No Runs, No Hits, No Errors, No Baseball Until May Or Later?

I’m a longtime baseball fan, but I don’t have much optimism that the 2022 MLB season starts as planned. I won’t be shocked one bit if Spring Training camps in Florida & Arizona remain empty 1 month from now when pitchers & catchers are supposed to report. I won’t be shocked either if Cactus League games in Arizona & Grapefruit League games in Florida are cancelled in March.

The way things appear to be headed, the Cubs won’t be going to Cincinnati March 31 for the regular season opener. Might MLB be playing fewer than 162 regular season games for the 2nd time in 3 years, too? It sure looks like it at this point.

The labor situation is so bitter right now, I wouldn’t be shocked if the 92nd MLB All-Star Game scheduled for July 19 at Dodger Stadium in Los Angeles is a casualty for the 2nd time in 3 years. The longtime home of the Dodgers was supposed to host the 2020 midsummer classic. You can thank a deadly virus called COVID19 for that…

Character Is NOT Supposed To Matter...

I have always been taught that what a player does off the field isn’t supposed to figure into the equation when it comes to the Hall of Fame. A player can be smug, arrogant & a first class jerk off the field, but it’s not supposed to matter in the eyes of the actual voters.

I think in the case of Curt Schilling, this is just my opinion. I think Schilling IS a Hall of Fame pitcher because of what he did ON THE FIELD. I understand that others won’t agree with me. I think what Schilling did with the Boston Red Sox & Philadelphia Phillies was Hall of Fame worthy on MLB’s biggest stages and that’s in the postseason. I really believe that Schilling ultimately gets into Cooperstown, NY, probably by the Veterans’ Committee if he does. When? That’s the part I don’t know.

Schilling’s political views won’t sit well with everyone. Schilling’s political stance that he made 2 years ago cost the former pitcher his job as one of ESPN’s many MLB analysts. It was part of a network edict to steer clear of politics during the controversial 2020 Presidential Election campaign. The same edict that also cost former Bears & New Orleans Saints’ Head Coach Mike Ditka his seat on ESPN’s "Sunday NFL Countdown".

It’s that character part that I’m referring. Let me provide another example. Jim Rice, a former outfielder who is now one of NESN’s many Red Sox analysts, didn’t exactly have the greatest of relationships with the media during his playing days. Rice, who batted .298 with 382 career homers, 1,451 RBI’s & 2,452 hits during a 16 year career in Boston from 1974-89 made the Hall on his 15th and final year on the ballot in 2009.

I think if you crunch the numbers, Jon Lester’s stats over a 16 year MLB career seem to suggest that if he’s a Hall of Famer, it won’t happen on the first ballot among the stuffed shirts of the BBWAA who have Hall of Fame ballots. I get the sense that if Lester ends up in Cooperstown, NY, I think he will have to wait in line.

At the same time, I don’t know if Lester’s #31 with the Boston Red Sox and/or his #34 with the Chicago Cubs is more likely to be retired by the most notable teams that Lester played for in his now concluded 16 year MLB career. I also don’t know in the Cubs’ case if they’re also likely to retire #34 not just for Lester, but for Kerry Wood as well in due time.

What Is NOT Happening

I think the only reason why this discussion about the MLB Commissioner and the hypothetical names regarding who could possibly replace Rob Manfred is because there’s absolutely nothing going on the MLB labor front right now. Neither the players nor the owners are in a hurry to resume negotiations towards a new collective bargaining agreement.

Would I prefer it being someone other than Manfred? Absolutely. I’m not even sure Theo Epstein himself would want this position.

commented on Who would you pick to be the next MLB commissioner? from Bleed Cubbie Blue, Jan 7, 2022, 3:18pm EST

Who Else Would You Want To Be MLB Commissioner?

I only mentioned Doug Glanville as a hypothetical. Nothing more, nothing less. I doubt if Glanville would even want to be MLB Commissioner at this point.

I do know this. Glanville’s show on Marquee entitled "Class Is In Session" is worth your time. Probably one of the few shows that’s worth watching on the Cubs’ powered regional sports network right now with the labor situation very much in flux because of the lockout.

commented on Who would you pick to be the next MLB commissioner? from Bleed Cubbie Blue, Jan 7, 2022, 2:55pm EST

The Problem with the MLB Commissioner Right Now...

As much as I think Theo Epstein would make a great MLB Commissioner as well as Marquee’s Doug Glanville, who will replace onetime former White Sox CF Chris Singleton as Jon "Boog" Sciambi’s analyst on ESPN Radio’s "Sunday Night Baseball" this upcoming season, the MLB Commissioner position doesn’t look so good for a couple of reasons.

First, as Fay Vincent found out when he was ousted in 1992, the MLB Commissioner position has become a glorified puppet & a "yes" man for the owners. I think that was part of the perception when Allan H. "Bud" Selig took over and held the position until 2015. The same appears to be true of current Commissioner Rob Manfred. Second, I don’t know how smart it would be dealing with arguably one of the most powerful & influential unions in business and that’s the MLB Players Association.

That being said, the MLB Commissioner should be impartial and not afraid to rule in the best interests of the game like other men before Manfred, Selig & Vincent before them. Those days appear to be in the rearview mirror.

commented on Who would you pick to be the next MLB commissioner? from Bleed Cubbie Blue, Jan 7, 2022, 2:32pm EST

You Can Still See Ken...And His Bow Ties

Based on what I read, Rosenthal will still continue to write for The Athletic as well as appear on "MLB on FOX" and on FS1, complete with those trademark bow ties for a cause that he’s sported on their broadcasts since 2011. He also sported those "Bow Ties for a Cause" on MLBN’s own "Showcase" broadcasts, too.

I’m as disappointed as everyone else that Rosenthal is on the way out at MLBN. At the same time, I think Ken took the high road when news of his MLBN dismissal was first reported by the New York Post’s Andrew Marchand late Monday afternoon.

I think what makes this story even harder to swallow is the lack of actual baseball news on the labor front. It’s already bad enough that the head shots of the players were removed from MLB.com and the team’s respective Websites. There’s practically zero content if you go to the team sites on the "l" word. It also doesn’t look to me as if either side is willing to budge and resume negotiations anytime soon.

You may have also noticed MLBN has yanked their Secaucus, NJ-based studio shows off their air since the lockout began, too. No "Hot Stove", "High Heat w/Christopher Russo", "MLB Now", "Intentional Talk" or even "MLB Tonight" in recent weeks. In their place, classic rewinds of vintage games, encore presentation of MLBN-produced specials & baseball-themed feature films under the "Bleacher Features" banner have replaced the studio shows.

Good luck trying to get actual baseball news until this lockout ends!