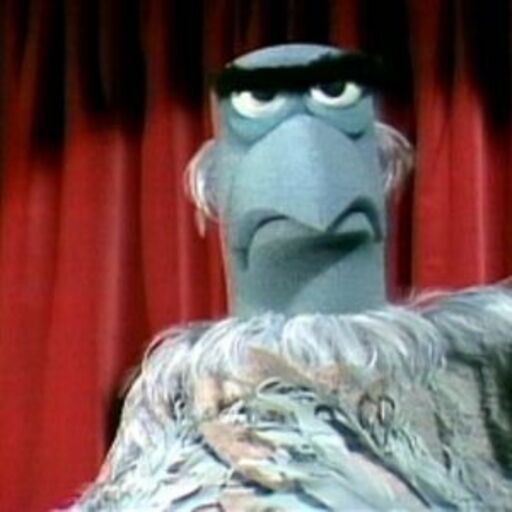 I get liking the TNT/Dynamite association, but brining Turner into it weakens your point.

commented on It sounds like the TBS championship is coming to AEW from Cageside Seats, Sep 23, 2021, 12:29pm EDT

Vince and Linda bought the company when he was 34 years old, and his father was 65.

Stephanie turns 45 tomorrow. By the time Vince turned 45, he had enough time as owner to take the WWF national, devastate the territorial system, launch WrestleMania, then the rest of the Big Four PPVs, create then explode the Mega Powers, and try passing the torch to the Ultimate Warrior.

So after some final data processing, K-State is up to #45 in Bill C's rankings.

Looking at average ratings and rankings by conference, the New Big 12 would currently rate as the third-best conference, behind the SEC and Big Ten. We would be ahead of both the ACC and PAC 12, but closer to both of them than either the SEC or Big Ten. And we are the conference dragged down the most by its worst team.

FWIW, the New Big 12 is WAY closer to the SEC than to the American.

Depending on when it is held, it could be a great way to establish Kevin Steen in AEW (assuming he signs when his contract is up).

From what I can find, AEW has more active (or semi-active) wrestlers who shared a ring with Owen than WWE does.

And I know this is tangential, but Kevin Steen basically has to be going to AEW when his contract is up now, right? He named his kid after Owen, and picked his WWE name to honor him.

I know, that's why "noted K-State hater" is in a different font, although it might not be very noticeable.

noted K-State hater Bill Connelly at ESPN has the Wildcats at 48th(!) in his SP+ rankings, behind 2-loss teams Boise State, Miami, Nebraska, Utah, and Washington.

The streaks of gray in his beard add at least 10 years to his apparent age.

Gargano has been devalued a little bit as a *star* since the feud with Ciampa.

But all of his heel work since has really elevated him as a character and a role-player. He could contribute a lot to the TNT Championship scene, or in a reunited #DIY.

But he could also be a real player for Impact, ROH, or NWA if either he or AEW doesn’t see a good spot for him in Jacksonville.

I'm a cynic, so of course I expect shenanigans with a WWE Championship match on Raw, nevermind a promised MitB cash-in.

But I’m not going to get pre-emptively angry about a swerve or no-decision that might not actually happen. And I’m sure as hell not going to get mad at WWE trying to give fans something to get excited about, the way some people seem to be.

The Power 5 as it currently exists won't be around for much longer if ESPN has its way.

Their endgame is putting together a 24- to 32-team super league of the biggest college football brands, entirely independent of the NCAA.

I wonder when the last time the finals of a Slam featured two players both this low ranked.

Fernandez entered the Open ranked 73rd, and her highest rank before was 66th. Raducanu entered the Open ranked 150th, her highest ranking ever. The runner-up prize money is $1.25 million, which will cause either player’s career prize money to more than double. The $2.5 million prize for the champion is more than 8 times Raducanu’s career winnings.

KareemMitchell's comment on Dark Order is not fine from Cageside Seats,

Yes, he has a theoretical obligation as chairman and CEO of a corporation to maximize shareholder value, but nobody could compel him to do anything differently if WWE was losing money. And unless Vince plans to sell shares, the only effect the share price has on him is his ego (which, admittedly, seems to matter a lot to Vince).

"Tampering" in pro sports is primarily a league rules matter, not a courts matter.

If AEW was attempting to induce wrestlers actively under WWE contract to no-show, that could qualify as tortious interference, but I have a real hard time believing a court would find anything improper about negotiating with wrestlers WWE has released, even during their non-compete period.

People talk about WWE being publicly traded like there are stockholders who can push Vince to run the company a certain way.

Let’s be clear, if every other person who owns WWE stock — Stephanie, Linda, and Triple H included — voted to take control away from Vince, they would still need Vince to vote with them to remove him from power. He only owns about 37 percent of shares, but his shares are Class B shares with 10x voting power, giving him about 80 percent of the vote. WWE is run the way it is because that’s how Vince likes it and no other reason (aside from legal requirements). Every other WWE stockholder has what are essentially valuable trading cards, and it doesn’t matter if someone owns all of the surviving copies of Alpha Black Lotus, that doesn’t give them control over Hasbro and its future decisions about Magic the Gathering.

I think Nash has a very healthy attitude toward pro wrestling.

The famous "money and miles" quote oversimplifies it, but it’s about keeping perspective on what you get out of wrestling vs. the toll wrestling takes on you.