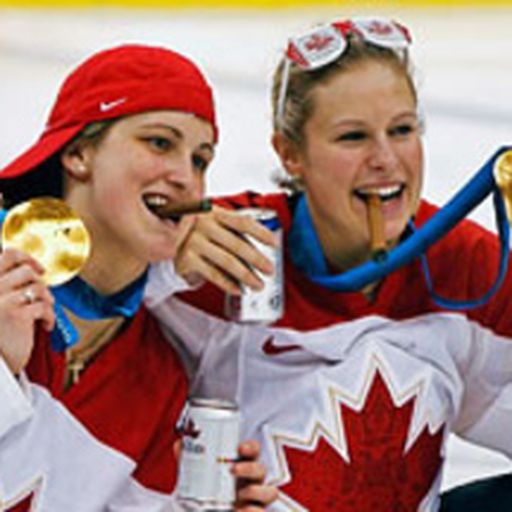 Our Lady of Indiana…

Said to be possibly going with current DC Marcus Freeman as the new permanent head coach. I hope this happens, because I’d think it would be a disaster for the program.

I hope you’re right. I’d love to see him go there. They deserve each other.

When I heard he was going to LSU

I didn’t think of money, I thought of ego ‘Why should I put my skills against against a bunch of ACC schmucks with USC, Stanford and Navy every year when I can go against Kirby Smart, Nick Saban and Jimbo Fisher?’

OR. ‘I’m tired of not coaching at team that doesn’t get to play in a Conference Title game because they are too special for a conference’

I think he sees Our Lady of Indiana as going as far as they can go, not being in a conference, and is tired of it. A 10-1 team that can’t make the playoffs? ‘I’m out of here’

Thanks for getting your degree from The University of Wisconsin. Best wishes in the future

I hope they go after Fickell

Is easily my favorite part. Brings back memories of the Field House and the Steve Yoder years

Sorry for the late reply

But all I’m asking is for a little perspective. We need some changes, I will readily admit, and think we will see some. But there sure was a shift in tone from a 7 game win streak to a loss where nothing went right. We had another winning season, challenged for a B1G West title, and are going to another warm-weather bowl game. Could have been a lot worse.

LV is a 4-5 hr car trip, shorter if I leave the piddle princesses home.
But it’s always better for UW to play bowls in Florida, to play in the same area where we try to recruit heavily.
Not flying to Florida, I can’t stand that state.

Forgive my hyperbole, because you are right, any team can beat another if enough things go right and wrong.

But when someone says PJ Fleck is a better coach than Chryst, I have to wonder what metrics they are using to make this claim. Not just one game where the wheels just fell off, I hope

In my haste to reply flippantly to LL Sota’s remark, I had forgotten one of my core tenants about the Badgers: The best place for them to play a bowl game is in Florida. This is where we need to have a recruiting foothold. More eyeballs and publicity is always helpful in this regard. Short of a bowl game in Texas, a Florida bowl is the best outcome.

That’s the one I want!
I refuse to visit the cesspool that is the State of Florida.

And I will be rooting for Michigan.

That their Wisconsin victory is no longer their best one

Didn’t let me down. Give the guy a raise and extension, please.

All of this is true

But I feel the vaunted defense and our golden boy Leonard are not getting the same grief as Chryst and the offense are. Nobody played particularly well yesterday. It just wasn’t our day.

We did not lose the game

Because of Mertz. He had a poor game, but with no run game, what are you gonna do? He’s still a sophomore, talented or not. Jack Coan, as I mention, would not have won that game for us either.

He’s been sore and banged up for a while now, but he’s a good kid who mostly played through it.

Had a late night last discussing fighting with commenters on B5Q.
We were all hurting and a little stung by the events, but a goodly amount of them needed a little perspective.

First of all, they forget there are two teams on the field, and Minnesota was not just going to lay back and take it. Hardly anyone gave deserved props to the Gophers players that clearly had it in them last night. They played a great game and no one should take that away from them.

I wholeheartedly agree the coaching staff, led by Chryst, had a bad week of preparing this team for the game, and did not adjust well to the fact we were having trouble moving the ball and stopping their run game, but these call for firing the staff yesterday had none of the same tone over the last 7 victorious weeks.

Lastly, the players on this team will be the first to tell you they played poorly, and did not match the intensity of the Gopher players, especially in the 2nd half. As expected Mertz got his fair share of the blame, but most complaints were directed at the staff for letting Jack Coan leave, and he doing well at Our Lady of Indiana. Jack Coan may have more experience, but he would not have helped us yesterday.
This is because Minnesota did what you had to do to beat us: stop the run. Not many people are blaming Braelon Allen for having a poor game. He is our main guy for the offense, but frankly, even a 17 year old kid built like he is, is gonna wear down over a season and the amount of carries he had. The Chez Melussi injury did not do us many favors.

A better coach!?! Say what? For one day, maybe.

I can’t see the Badgers, even on their worst day, losing to Bowling Green at home.

He was playing against a shitty 3-9 Stanford team defense.

I’d like to see what he did today against a bowl bound Gopher team in a rivalry game. He would not have done much better, since as a team we only ran for 67 yards. I don’t see anyone calling out the OL and Braelon Allen for today’s loss.

He was a senior who left when everyone, including fans like you and me,

Was calling for Mertz to start, even though he was a sophomore. He’s not ‘miles’ better the Mertz, just more experienced and capable of working within his limitations.

Which comes from experience, mostly.

I guarantee, Jack Coan would not have won this game for us either, so wishing he was here is a fool’s errand

I may be unhappy with the Badgers’ effort today…

But I thank the football gods I’m not in a Wildcats fans shoes this year. Better luck next year.