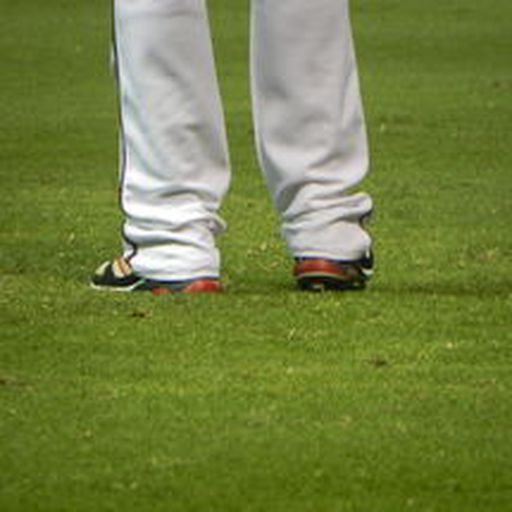 I became a baseball fan in 1972 when my mom would drag my brother, sister and me up to the cheap nosebleed seats at the Big A. She taught us how to sneak into the good seats around the 3rd inning. I was a die-hard Angels fan for 22 years – heckling 1st base coach Moose Stubing and "boon’ing" Bob Boone (a precursor to Droooooooo’ing, a decade or so before Drew was even conceived). I loved the Angels through thick and thin, even through the 1986 ALCS loss to Boston in Game 7. But I took a hiatus from baseball at the start of the 1994 strike. Yeah, I would still catch the occasional Indians and Rockies Spring Training game while visiting family in Tucson, but I really couldn’t be bothered following any team. It wasn’t until I moved to Phoenix and they pulled together the Diamondbacks that I got my passion back. I am basically a baseball weirdo. I love the game, the players and stats, but I am more inclined to notice which players wear their stirrups showing (Chris Young), if teams use nameplates or individual letters on their players’ jerseys, how umpires call strikes on left handed batters, when a batter’s jersey number matches their position in the batting order (#2 Drew batting second in the lineup 45 times so far this year). I obsess over things most people don’t even notice—why, for example, do some charts show Toronto as TOR, others as TOT? Don’t even get me started with the pending realignment that may move the Dbacks to the AL West – instead of fighting over which team to move to the AL West to "balance" things into two, 15 team leagues, I would argue to go back to pre-1995 before the league invented the Central Division to make more revenue. Oh…. I also collect baseball stuff: an Opening Day game-used base, logo junk give-aways, ticket stubs, baseball cards and other ephemera.