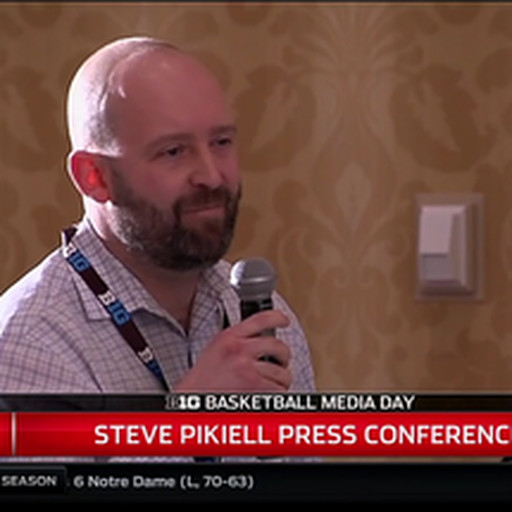 Rutgers fan since age 7. Rutgers College graduate class of 2000. Managing Editor for On The Banks.

A win over Princeton

Doesn’t count towards bowl eligibility because they don’t offer scholarships. Won’t happen as long as that is the case.

On The Banks Podcast Episode No. 118: Big week ahead for Rutgers men’s basketball

Was on a call with Pikiell today

The team is dealing with the flu bug. Not sure availability for certain players for Thursday night. Geo may practice today but has not yet since the injury against Lafayette. Will have more in my game preview later this week.

They shot 63.6% last season which was 331st. Their percentage of free throw attempts to field goal attempts is 28.7%, which is better than last season’s 27.1%. It only ranks 205th though so below average.

Easy baskets hard to come by for Rutgers

You forgot the season opener against Boston College

biochemist01's comment on No. 12 Rutgers Dominates American University, Starts Season 9-0 from On the Banks,

commented on Rutgers Football: Offseason Roster Tracker from On the Banks, Dec 6, 2021, 6:28am EST

The way you wrote it implied Pikiell was no better than them. I believe what your point actually is but that’s not how it read at least to me.

As for Payne, a lifetime assistant isn’t dreaming big. As I said to you before, I like him, think he could win here and I wrote about why he would be a strong candidate back in 2016. I know that his name was presented and he ultimately was not pursued. It doesn’t mean he wouldn’t be more strongly considered whenever there is a next time. However, being out of the college game is a new variable to his candidacy. Maybe it would help him, maybe it would hurt him. Regardless, another thing to consider is Rutgers is an adidas school and Payne has heavy Nike ties. Not saying it would be a dealbreaker, but it could be a factor.

Either way, since you agree Pikiell is a good coach, I hope you at least can also root for him to adapt with recruiting. Pushing Payne on every basketball post might actually turn fans off more than start a movement.

biochemist01's comment on Unfinished Business: 4 Thoughts on Illinois from On the Banks,

So you are comparing Pikiell to Mike Rice and Eddie Jordan

Please explain or clarify. Thank you.

There are no victims

I’ve built a community here where all opinions are welcomed. If people don’t agree with your own, that doesn’t make them automatically defensive. Disagreements are healthy. Labeling people who disagree or in many cases, don’t disagree on everything or even most things, as a cult for having believed in a coach before he took Rutgers to theoretical back to back NCAA Tournaments is gaslighting.

My work speaks for itself. You have disparaged it consistently. I don’t mind criticism. Not everyone is going to like what I do. Criticism of Pikiell is warranted right now, as I’ve been throughout his tenure when that’s the case.

Your voice and anyone else who disagrees with me or anyone else on anything here is welcomed. However, if you continue to gaslight or name call, I’ll have to take action.

Your criticism and concern is fair

But please be fair back in regard to what Pikiell has done prior to this season. Rutgers would be coming off back to back NCAA Tournament appearances if not for COVID. Saying "we can do better than a tournament team every 3 or 4 years" ignores that fact.

The former AD continues to spin the story years later. And Fleck wasn’t interested during the Ash hiring process. Mullen I’m not sure about.

No. 5 Rutgers falls to No. 1 Florida State in Final Four as historic season ends

I meant posters on a wall

Of Reiber and Nathan getting dunked on by Kofi!

His name was floated during the 2016 search

I even wrote about him as a good candidate.
https://www.onthebanks.com/2016/3/17/11252906/rutgers-basketball-coaching-search-kentucky-kenny-payne-john-calipari-nike-aau-pat-hobbs
Ignore the title, it aged poorly but the point was hiring a coach from a blue blood looking to make the leap.

I’d be surprised if Payne would leave Knicks and WWW at this point. He could end up getting the job there down the road if Thibs leaves.

And of course, pawning for Payne when Steve Pikiell isn’t getting fired anytime soon is well…..

Do you really think the media would push the idea of Wimsatt blindly?

commented on Five reasons for pessimism with Rutgers football from On the Banks, Dec 3, 2021, 1:08pm EST

commented on The contributions of freshmen class a major reason Rutgers has sights set on national title from On the Banks, Dec 3, 2021, 10:28am EST

Yes he is a true point guard

The purest of the Pikiell era in my opinion.

I agree the redshirt idea seems odd since they needed a guard who can defend the perimeter. That’s unfortunate but I do think those losses have gotten Pikiell to reconsider everything. Better late than never.

commented on Jalen Miller’s debut brings hope and joy to Rutgers from On the Banks, Dec 1, 2021, 5:59pm EST

Pikiell discussed this after the game as well