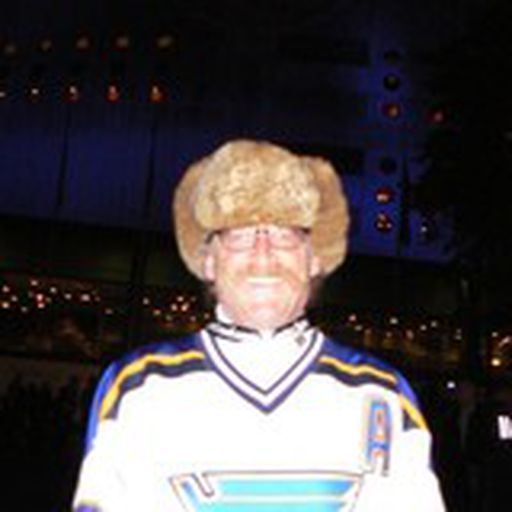 Avid Blues fan who would like to think I know at least a little about the game since I've been watching ( and playing ) since 1964. Born and raised in St. Louis, I attended college and taught public high school ( history ) in Ohio for a while, and then returned home to purchase season tickets and get involved with the organization and players as a "superfan" ( at least, that's what Lou Korak of the Alton Telegraph calls me ). I collect sweaters ( even though everbody else calls them jerseys ) and sticks and pucks and other memoribilia and hound the players for autographs, especially on pictures I have taken with them. My hockey room ( shrine ) will be featured later this season on the Jumbotron at the Scottrade Center! To me, hockey is a apt metaphor for life, so I live life to the fullest as I learn from playing and watching the best sport in the world.